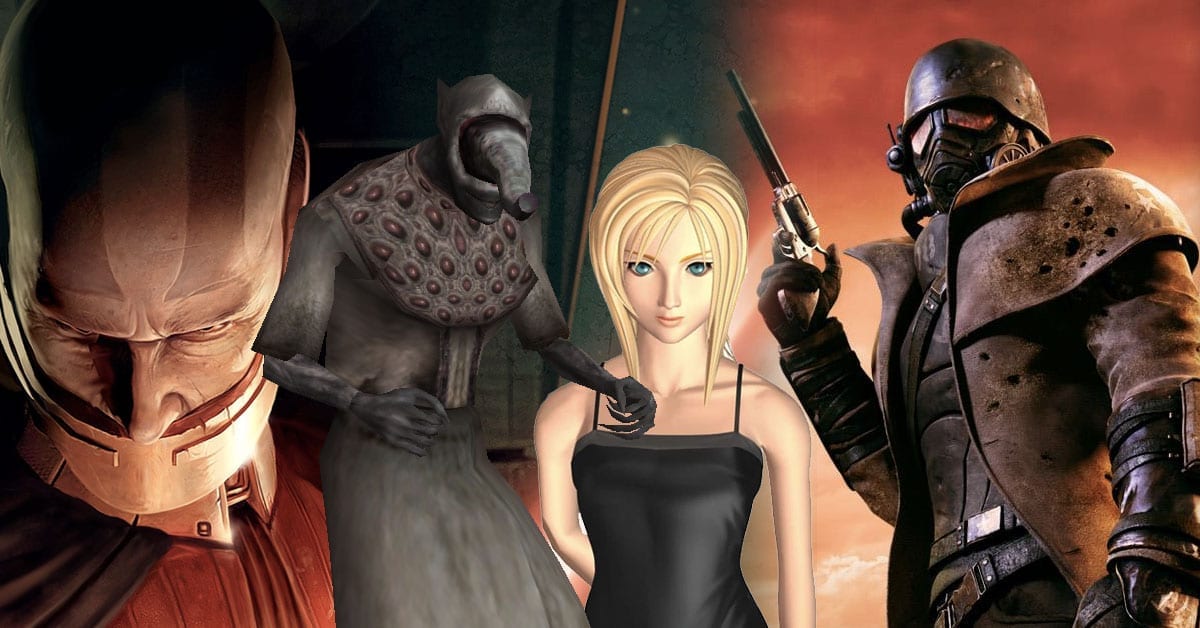 It’s been a while since I’ve sunk my teeth into a good RPG. I know that there are many good games out there, but nothing quite scratches that itch more than my favourite games of yesteryear.

However, we often look back at our favourite games with rose-tinted glasses, and jumping back into these good old classics is not always quite the experience we remember them to be. So with that said, here are some classic RPGs that I would love to see receive a modern remake.

I can’t remember exactly when it was, but it had to have been at least a year or so before Parasite Eve released for the OG PlayStation. I had one of those fantastic demo discs that you would get with the official PlayStation Magazine, and along with some playable demos were a series of trailers for yet-to-be-released video games. What was on there? Parasite Eve.

After seeing this awesome trailer about a supernatural massacre in an opera theatre, I was excited to say the least. There was no reason to doubt that this horror RPG from Square Enix would release in the UK, after all, it had a trailer featured in the official PlayStation Magazine! Sadly for whatever reason, Parasite Eve never did release in the UK and to this day it still saddens me.

It did however release in Japan and the US (you lucky gamers). Not only is Parasite Eve considered to be a great turn-based RPG, but there are also loads of gamers that never got a chance to play it. So I think Square Enix has plenty of reasons to remake this RPG gem. Don’t you?

Now now, before you come for me, Ocarina of Time is widely considered to be an RPG. Sure it lacks the levelling up and all the other tropes you expect from a traditional RPG, but to this day this game bears the title of “RPG.” So stop it.

The Legend of Zelda: Ocarina of Time for some, is without question one of the greatest video games of all time. While it’s not a traditional turn-based RPG, it can certainly be considered to be an action-RPG at least.

What can be said about Ocarina of Time that hasn’t been said already? Not a lot, but if you’ve played this masterpiece of a video game, then the chances are that you’ve fallen for it the same way that so many of us have. Ocarina of Time was the first fully-3D game in this beloved series, and it was nothing like any of us had ever played before.

You play as Link and in order to save Hyrule, you must stop that dastardly Ganondorf from getting his mitts on the Triforce. Satisfying combat, refined gameplay, challenging puzzles, excellent dungeons, as well as some epic boss fights. Ocarina of Time had it all.

Granted, Ocarina of Time did get a snazzy remaster on the 3DS in 2011 with improved visuals and tweaked gameplay, but if we got a full remake of this beloved classic on the Nintendo Switch, it would be a dream come true for The Legend of Zelda fans. Make it happen, Nintendo!

Talk about a remake that fans have wanted for years now! Star Wars: Knights of the Old Republic is right up there with the best, I know that the game has received remasters on mobile and the series kinda lives on with the MMO on PC, Star Wars: The Old Republic. However, there are so many fans who don’t game on mobile or PC who have gone decades without playing this BioWare classic.

There have been rumours for years that Knights of the Old Republic will likely get a remaster and out of all the titles on this list, this is perhaps the most likely. However, as great as it would be, why settle for a remaster when we could have a full remake?

I know BioWare is tied up with the Dragon Age, Mass Effect: Legendary Edition, and Mass Effect 4, but if a studio such as Bluepoint Games could handle the remake, it would truly be a remake worthy of the Star Wars name.

However, unlike the sci-fi world of Star Wars, Jade Empire took us to a magical world based upon ancient Chinese mythology. Oh, and it randomly featured Monty Python’s John Cleese as an NPC.

You played as the last surviving Spirit Monk who was not only on a quest to save their mentor Master Li, but your destiny led you on a path to save China from Sun Hai, an emperor corrupted by evil forces.

In truth, I can’t remember too much about Jade Empire, after all the last time I played this RPG classic was 16 years ago. (Perhaps if it was easily accessible this wouldn’t be a problem. Like you know, if it got a remaster!) But what I can remember is how fondly I think of this game and I believe there’ll be no better time to re-introduce Jade Empire to veteran and new fans alike. This RPG is one of the true greats.

I’ll straight up and admit it right now, The Elder Scrolls III: Morrowind was a game back in the day that I barely played. I can remember really wanting to like this game, but for whatever reason, I just couldn’t click with it. However, I do know that veteran fans of this series love Morrowind and I really want to find out why.

To be fair, I do love The Elder Scrolls, but I didn’t click with this RPG series from Bethesda until The Elder Scrolls IV: Oblivion in 2006, which is one of my favourite games of all time. As a person of creature comforts, I could quite easily settle for a remake of Oblivion.

However, Morrowind might not have aged all that well since it initially released, and I don’t have a desire to return to its original form. Yet, nearly two decades on, I still want to like Morrowind and I don’t think there’ll be a better time than to bring this cherished RPG to modern consoles and PC.

Fallout: New Vegas is a tricky subject for me. Don’t get me wrong, as a fan of the Fallout series, I love Fallout: New Vegas, however, I don’t have the best of histories with this spin-off developed by Obsidian Entertainment. I picked up the Fallout: New Vegas Collector’s Edition at launch (which I still own today) and I couldn’t wait to take it home and sink hours upon hours into Bethesda’s next big RPG.

Sadly, after putting around 40 hours into my initial playthrough, my game suddenly began to crash, and not long after my save data became corrupt. So I soon started up a new game and I put in around 25 to 30 hours this time. Unfortunately, my game began to crash, and once more my save data became corrupt. At this time I had given up on Fallout: New Vegas and I haven’t touched it since.

This experience gave me mixed emotions. During both attempted playthroughs I absolutely loved this game and from what I hear, the game is in a much better state now. However, if I was to start again, the crashes and corrupt data still lingers in the back of my mind and I don’t think I want to risk losing my progress for the third time.

So there you have it – that’s my list of RPGs that I would love to see get a modern remake. Be sure to let us know what RPGs you’d like to see receive the makeover treatment across our social media channels