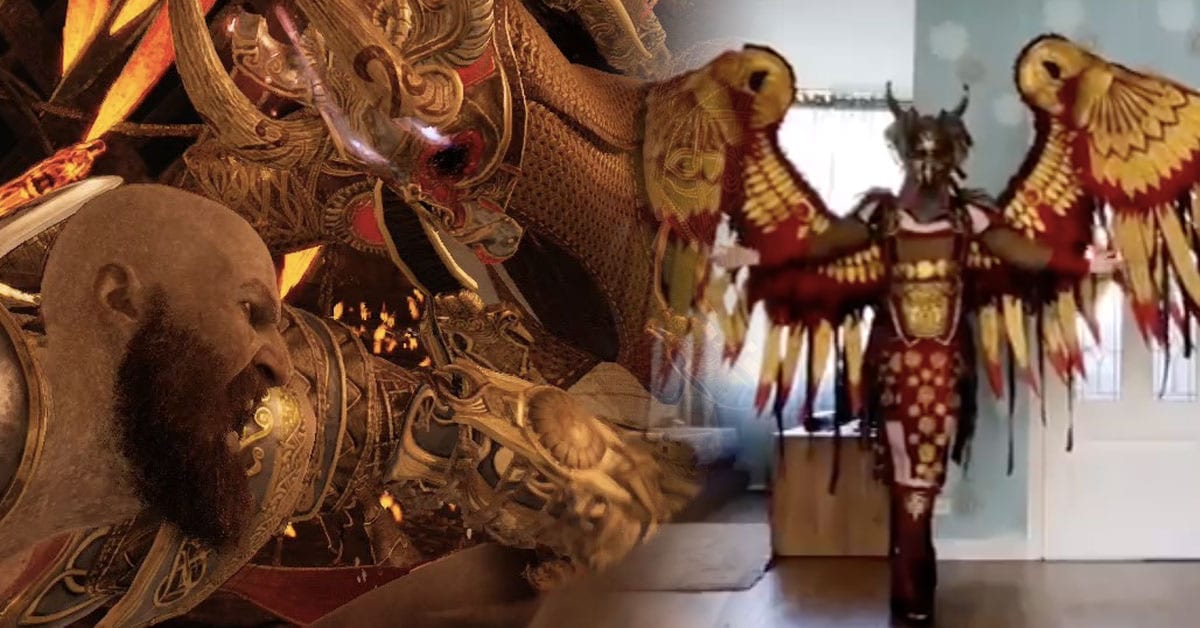 A talented cosplayer has wowed the internet after recreating one of the Valkyrie villains from 2018’s PS4-exclusive, God of War.

The cosplay in question is for the Geirdriful Valkyrie, one of the challenging optional bosses from the award-winning game.

According to the God of War wiki page: “Geirdriful (name meaning “Spear-flinger”) is the name of a Valkyrie in Norse Mythology, nothing is known about her but found in the Valkyrie list in the Nafnaþulur.”

The cosplay is created by Dutch artist Skathi, and according to a Reddit post it took four long months for the Geirdriful Valkyrie outfit to be completed.

[self] I finished my Geirdriful Valkyrie costume from God of War last month and made a full suitup video. Full costume took about 4 months to make. from r/cosplay

A video of the amazing cosplay was also uploaded to Skathi’s personal Twitter account where the talented creator celebrated the fantastic piece of work.

“VALHALLA,” said Skathi. “Took a while but here it is full suit up in my Valkyrie Geirdriful costume. She finally dooone!”

However, as you can imagine, getting around at conventions as the Geirdriful Valkyrie would be quite challenging, especially when the wings are spread out.

So with that in mind, a Reddit user asked the question “Do the wings fold? If they do, how?”

Skathi explained that the wings do fold, but not with a motor as the outfit would be even heavier than it already is.

“They do fold, but this is done manually when I want to store or transport them. I didn’t build motors in the wings because they make it way more heavy and uncomfortable,” explained Skathi.

The cosplay had caught the attention of developer Santa Monica Studio, who replied with “AMAZING! This is so incredible!” and a Kratos-inspired gif from Thor: Ragnarok.

The tweet also caught the attention of another cosplayer by the name of Pro Exotic who does an awesome cosplay of Kratos. Can you imagine the epic photoshoots if Pro Exotic and Skathi collaborated? This needs to happen!

Are you impressed with this Valkyrie cosplay? If so, let us know across our social media channels. And don’t forget to show Skathi some love on Twitter and Instagram!