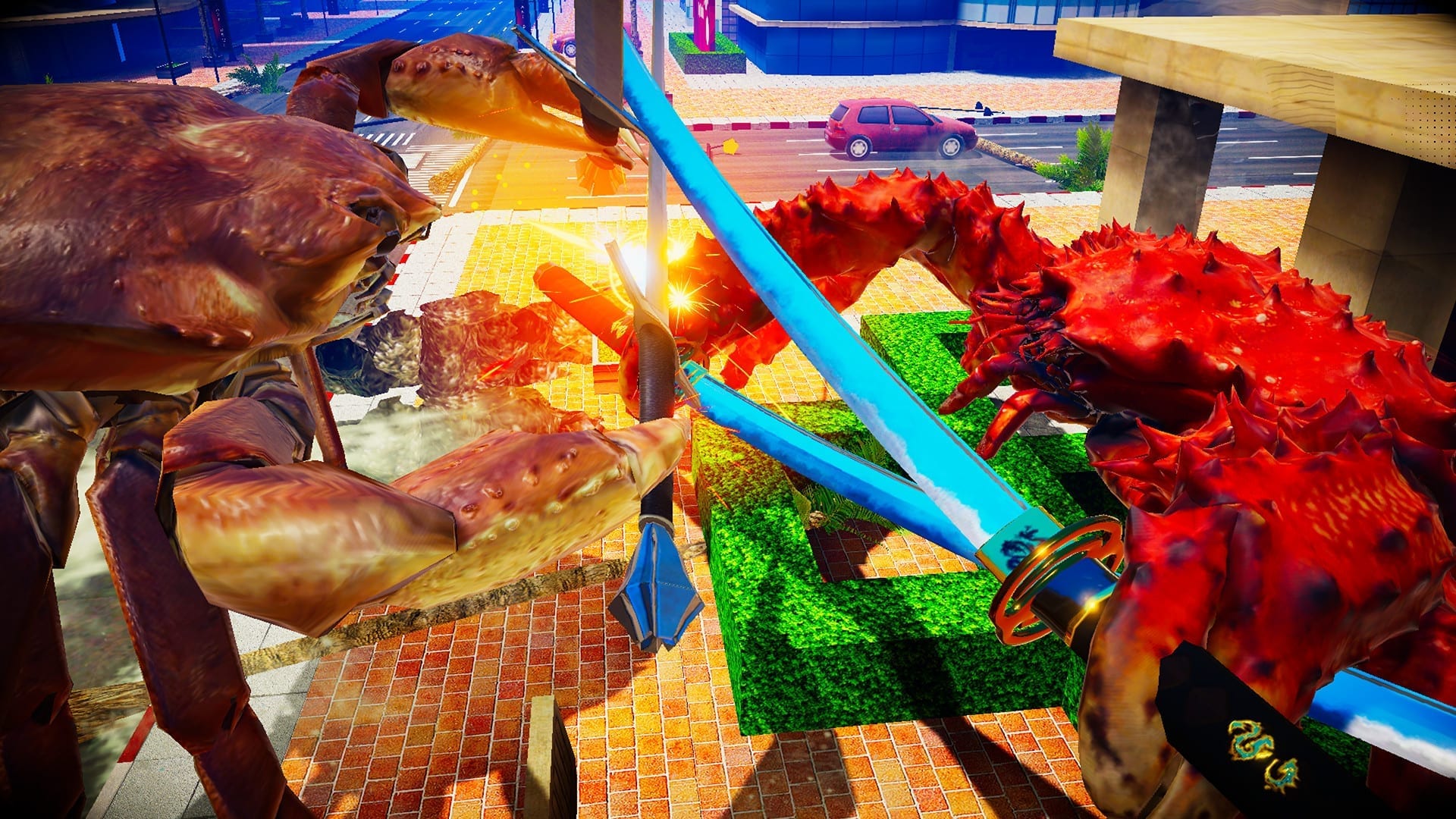 New game Crab Fight is every bit as ridiculous as it sounds and already the internet can’t get enough of it. Released on Steam at the end of July, Crab Fight has you play as a giant crab and fight off other giant crabs in a crustacean battle to the death.

The freshly-launched title has already received a huge amount of praise from players, and at the time of writing, sports an impressive “Very Positive” review score. It’s not just all the blue thumbs up which are propelling Steam users to pick up Fight Crab though, as the written reviews are just as meme-worthy as you’d expect.

One Steam user’s eloquent review of Fight Crab reads simply: “Time for crab,” in a post which more than 130 people have “found helpful.”

Another player rated it a solid “Crab/10,” adding: “You can add a little anime girl to ride your crab into battle.”

Other users have also praised the game’s nonsensical fighting mechanics, along with its weird and wonderful weapons which, of course, include lightsabers. Because why not?

Fight Crab’s official description reads as follows: “Welcome to Fight Crab. A new 3D action game where you take control of a crab, and fight off other giant enemy crabs. Physics allows for crabs to move powerfully and quickly in this hardcore battle arena. Freely control your pincers to use weapons and develop your own crab fighting style.

“Pit 20-plus species of shellfish against each other in battles that would make marine biologists cry. Choose from nearly 50 mix and match weapons ranging from chainsaws to beam swords. Unleash your customized crabs into deadly arenas such as a desert populated only by puny human tanks and an oversized child’s playroom where they can use dynamic environments against one another.”

If you’re keen to check out more on the game you can watch some of Fight Crab in action via the video below.

Fight Crab is available now on Steam, with a Nintendo Switch released planned for sometime in September. If you pick it up, don’t forget to add your two cents into the already-hilarious Steam review section.