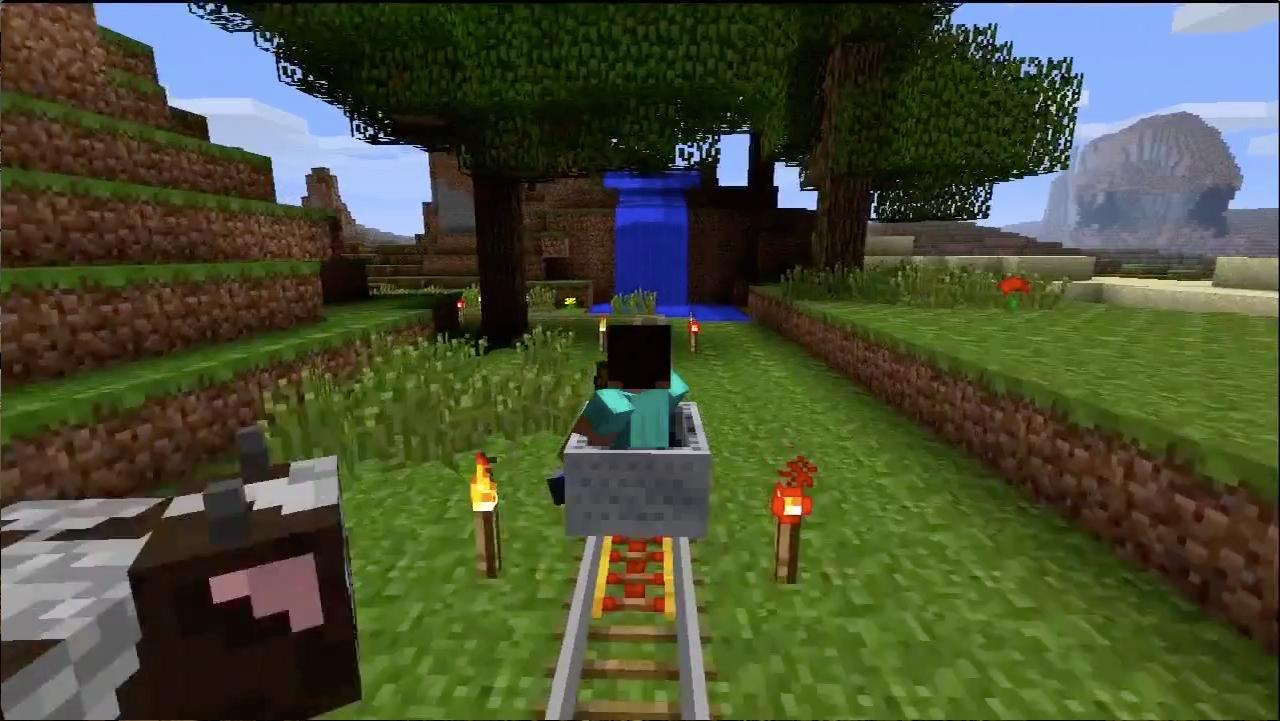 Minecraft is one of the most popular games on the planet – it rose in popularity very quickly and was praised for its unique, creative take on survival/sandbox video games.

Whilst it may be surprising to hear it, Minecraft wasn’t an entirely original idea. In fact, like many games in the industry, Minecraft was originally inspired by another game.

The game that Minecraft was inspired by is called Infiniminer. It also received a huge burst of support when it first launched, but it was quickly canceled due to some issues during early development. Minecraft then took Infiniminer’s steam and rose up to the level of popularity it has today. 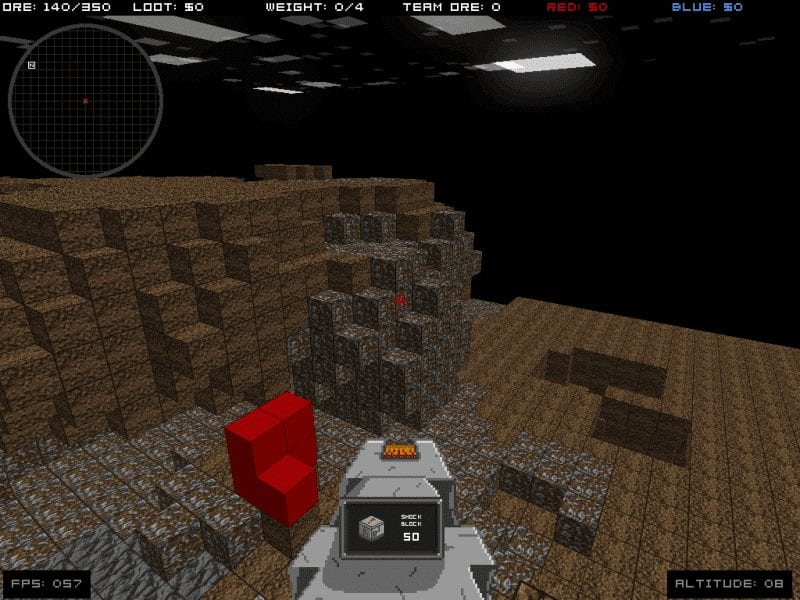 You’re probably wondering what Infiniminer was and how similar it was to Minecraft. A screenshot of Infiniminer has been provided above.

As you can see, things look pretty similar, at least on a graphical level. The same voxel-based world that Minecraft uses can be seen in the Infiniminer image.

This is exactly where Notch drew inspiration for his Minecraft game. The story behind it is quite interesting.

Whilst what we know of Minecraft today doesn’t share the same core gameplay as Infiniminer, the original Minecraft game did.

In Infiniminer, players had to carve through the earth to gather minerals and earn points for your team. It was originally designed as a competitive game, but players had more fun using their creativity to create their own structures and buildings.

Later, Infiniminer was discontinued. The game was shut down because a vulnerability in the game source code was found that essentially allowed anybody to create their own version of Infiniminer based upon the existing game’s code.

A few weeks after Infiniminer was released, Notch released a Youtube video showing the very basics of his ‘cave game’.
In the video description, Notch wrote: “This is a very early test of an Infiniminer clone I’m working on.” You can see the video below. 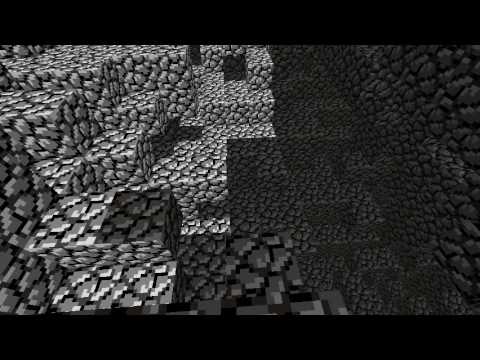 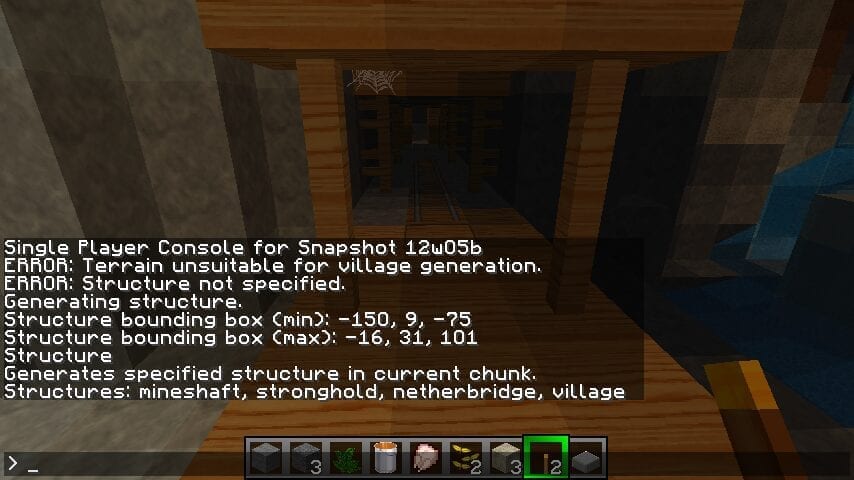 Whilst it’s clear that the origins of Minecraft were heavily inspired by Infiniminer, it’s not fair on Notch to say that he straight up stole Infiniminer’s game code.

All of Notch’s work on Minecraft was done on his own two feet – he used Infiniminer as inspiration, but there’s no evidence that Notch actually stole any code from Infiniminer.

The other important thing to keep in mind is that whilst during early development, even though Minecraft was an Infiniminer clone, it quickly became something else.

Minecraft evolved very quickly to become its own game with unique gameplay mechanics and all of that was developed by Notch without any help from other developers.

We also have to consider that video game developers take inspiration from other games all of the time. This is the way the industry has always worked, and it will continue to work this way.

If we go back at past video game releases, we can see that some of the best video games in history would never have been released if it weren’t for developers getting inspiration for their next game by looking at somebody else’s work.

Top Examples Of When Developers Use Other Games As Inspiration 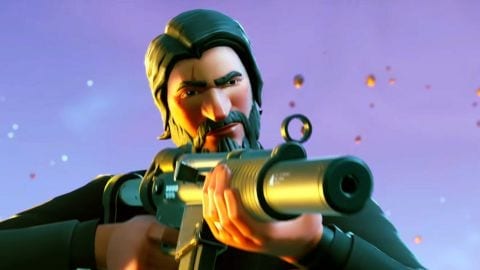 Minecraft is one of the biggest examples of this, but there are many other examples, too. We’ve provided some of these examples below.

The huge success that is Fortnite Battle Royale was all thanks to PUBG. Playerunknown created the Battle Royale game type and popularized it and his work cannot go unnoticed.

The original Battle Royale game mode actually started as a mod for Arma – it was then developed as a separate game mode for H1Z1, with support from Playerunknown, and eventually, Bluehole worked closely with Playerunknown to make the most successful paid battle royale game in all of history.

Fortnite saw the success that PUBG had and they took their opportunity to make a rival game. They both offer completely different experiences, and both games bring a healthy level of competition between two publishers.

League Of Legends Is Inspired By Dota

Dota was originally a mod that was developed for Warcraft III during the early 2000s. A number of people worked on the mod together, including the well known IceFrog.

As Dota’s popularity increased, Riot Games saw the success of the newly formed Mobile Online Battle Arena genre, and they jumped in with their very own game called League of Legends.

Today, both Dota 2 and League Of Legends are popular across the world, but it’s perhaps League Of Legends that’s the most popular. Once again, both games offer a different experience to players, and both games have fostered some of the largest competitive esports tournaments in the world.

All MMOs Are Essentially Inspired By Each Other

Isn’t odd that you can jump into pretty much any MMO and get to grips with almost everything there is to know about it within an hour or two? Most MMOs share gameplay concepts, and they all use the popularity of other MMOs to determine which gameplay concepts they should use for their own game.

Games like Black Desert Online, World Of Warcraft, and Elder Scrolls Online all share gameplay concepts and grab ideas from each other. All of these games do have their own unique features too, but the number of similarities is far larger than the differences.

It’s gotten to the point where playing one MMO is almost like playing them all. The world design is different and so is the lore, but most MMOs are structured so similarly it’s hard to not notice.

What are your thoughts on Notch taking inspiration from Infiniminer and other developers doing the same?

Are you happy for developers to do this, or do you think developers should stop jumping on the hype train as soon as new video game genre pops up?

Personally, I think this kind of thing is good for the video game industry. If Notch didn’t see the success of Infiniminer, we would never have had Minecraft or any of the games that were inspired by Minecraft.

Check out the rest of the weeks news here: 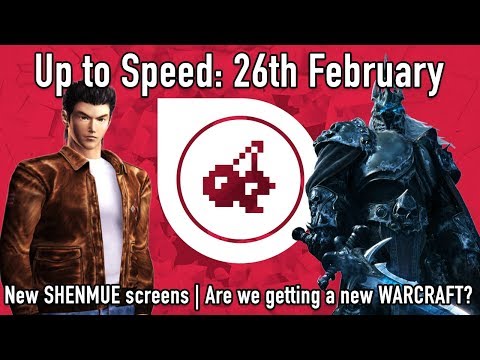