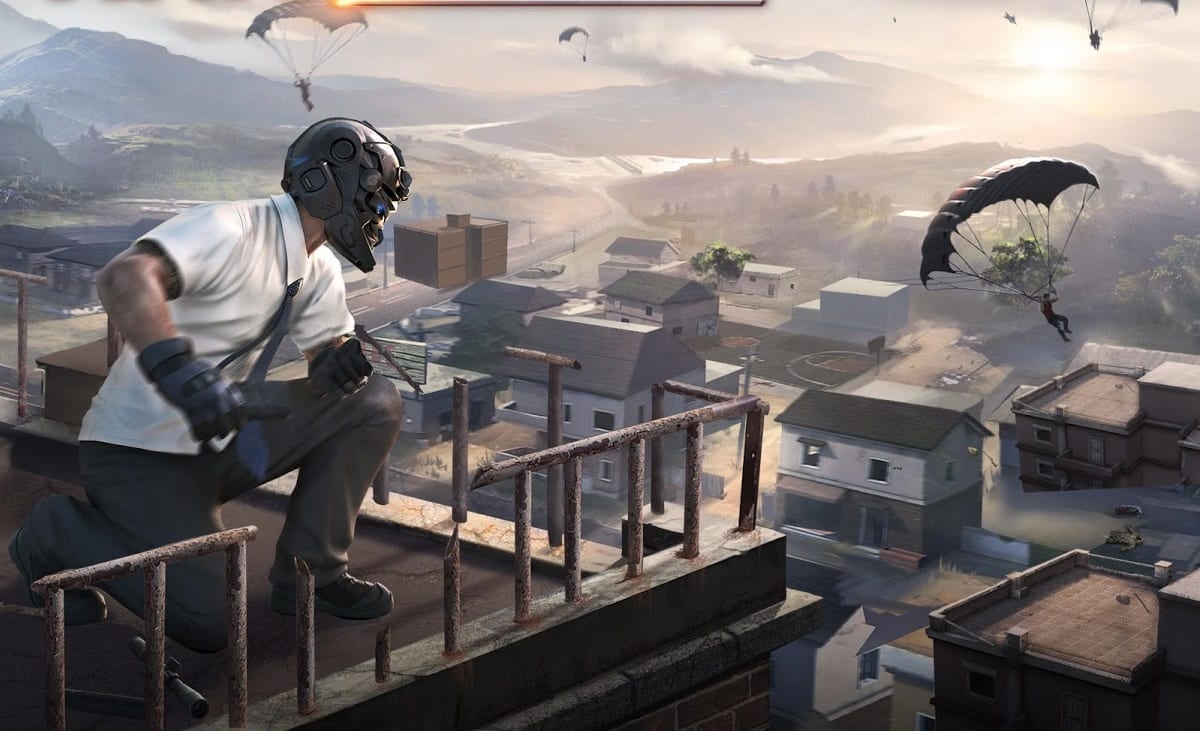 The ongoing battle between PUBG and Fortnite fans is one of the biggest topics in gaming right now. Both sides have some pretty good arguments – PUBG is buggy and was shipped to console before it was even complete, Fortnite does have a comic-y appearance. PUBG is the prettier-looking game but Fortnite is free – there isn’t a clear winner.

If you’re tired of the in-fighting of the Battle Royale fans but still want to play, there are other games out there you can try – these two are by no means the only games of this genre. 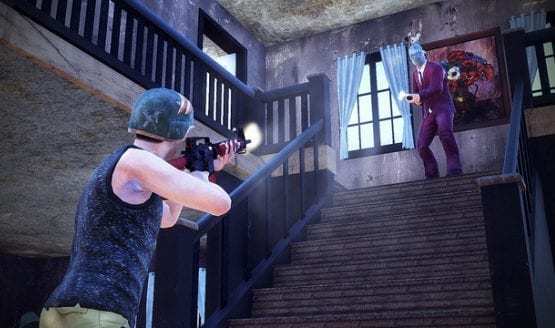 Compared to PUBG, this game is a little lighter and more accessible – you’ll have an easier time just picking it up and playing it. There are fewer weapons, no attachments, and you can’t pick where you parachute in from – in other words, one of the biggest questions of the game is already answered for you.

You’re always dropped into the game with several other players, leading to a mad scramble for the first few guns, and making sure there’s a good amount of bloodshed right off the bat. The gunplay is less like a simulator and a little more like an arcade game – despite this, there’s still nuances to the weapons though. If you’re not an expert at shooting different guns or aren’t that interested in realism, this is a great pick for you. 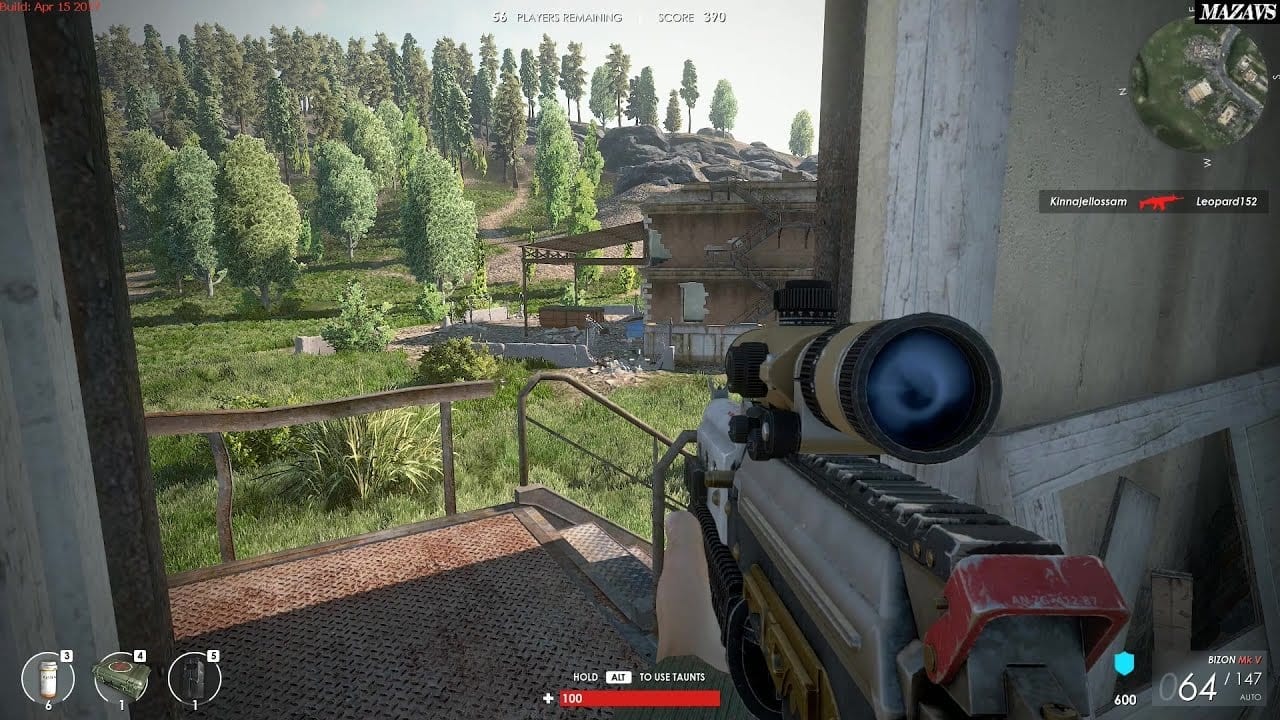 Like Fortnite, this game is free-to-play. It has a surprising amount of depth and gameplay features. The setup itself is pretty simple – 100 players spawn, forage for weapons and gear, and kill until only one person is left.

The game doesn’t have vehicles, but it more than makes up for that in weapons and attachments – when it comes to load-out options, it can definitely give PUBG a run for it’s money. The gameplay isn’t quite as polished, though, but for those interested in the genre, beginners or those who don’t want to pay for a Battle Royale game, this is the perfect choice. 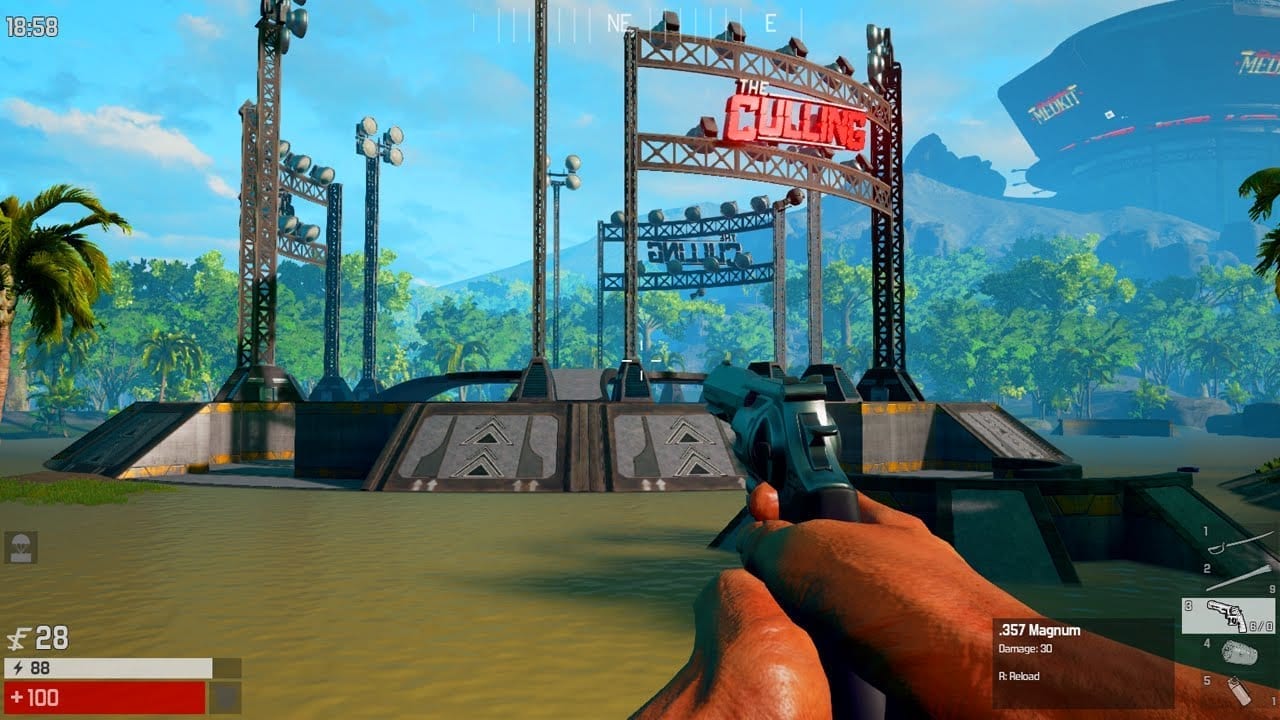 This game is set up in a different way than most others – instead of generic military situations, this is more like a dystopian future type situation. Unlike other Battle Royale games, this one is also first-person and melee-focused. That makes for a completely different experience while still being in the same genre – the combat is quite brutal and takes place in an urban area – complete with stadium, a floating scoreboard and branding.

The whole thing feels a little like the Hunger Games – you won’t find very many guns in the game, and if you do, ammo will be extremely limited. The emphasis here is on crafting simple weapons and traps, although there are also rarer items like chainsaws and dynamite.
The game is set at a much smaller scale – only 16 contestants fight at a time. That makes for a quicker experience, and it makes losing less annoying too – finishing second out of 100 is much worse than second out of 16. 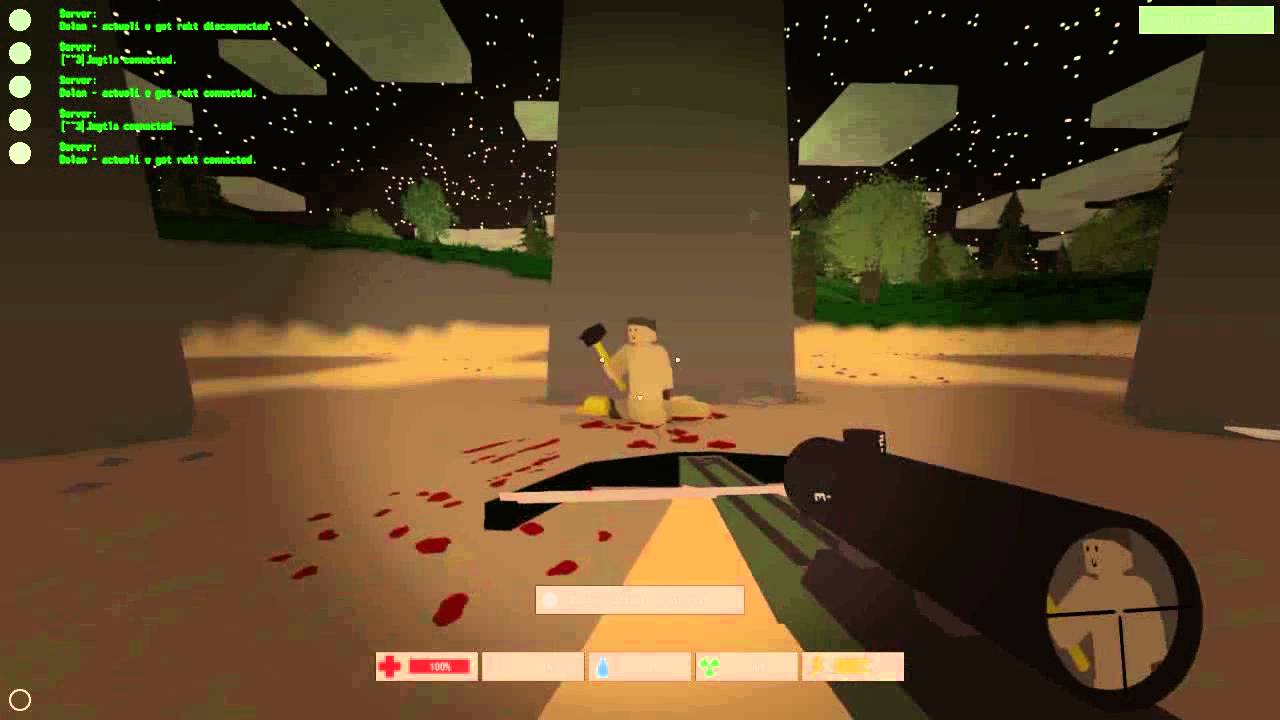 Sure, this free to play zombie game probably isn’t anyone’s first thought when they hear Battle Royale, but since the game actually features incredibly polished and realistic gunplay, it’s not a bad choice. An official game mode, Arena Mode borrows the core mechanics of PUBG, but with only 16 players.

The game takes place on one of four pretty small maps – don’t let size or graphics fool you though, it’s a surprisingly hardcore shooter with tons of weapons and attachments. The fact that there are four distinct maps adds a level of difficulty, as learning them takes some skill. Oh, and it’s free.

5. Ark: Survival of the Fittest 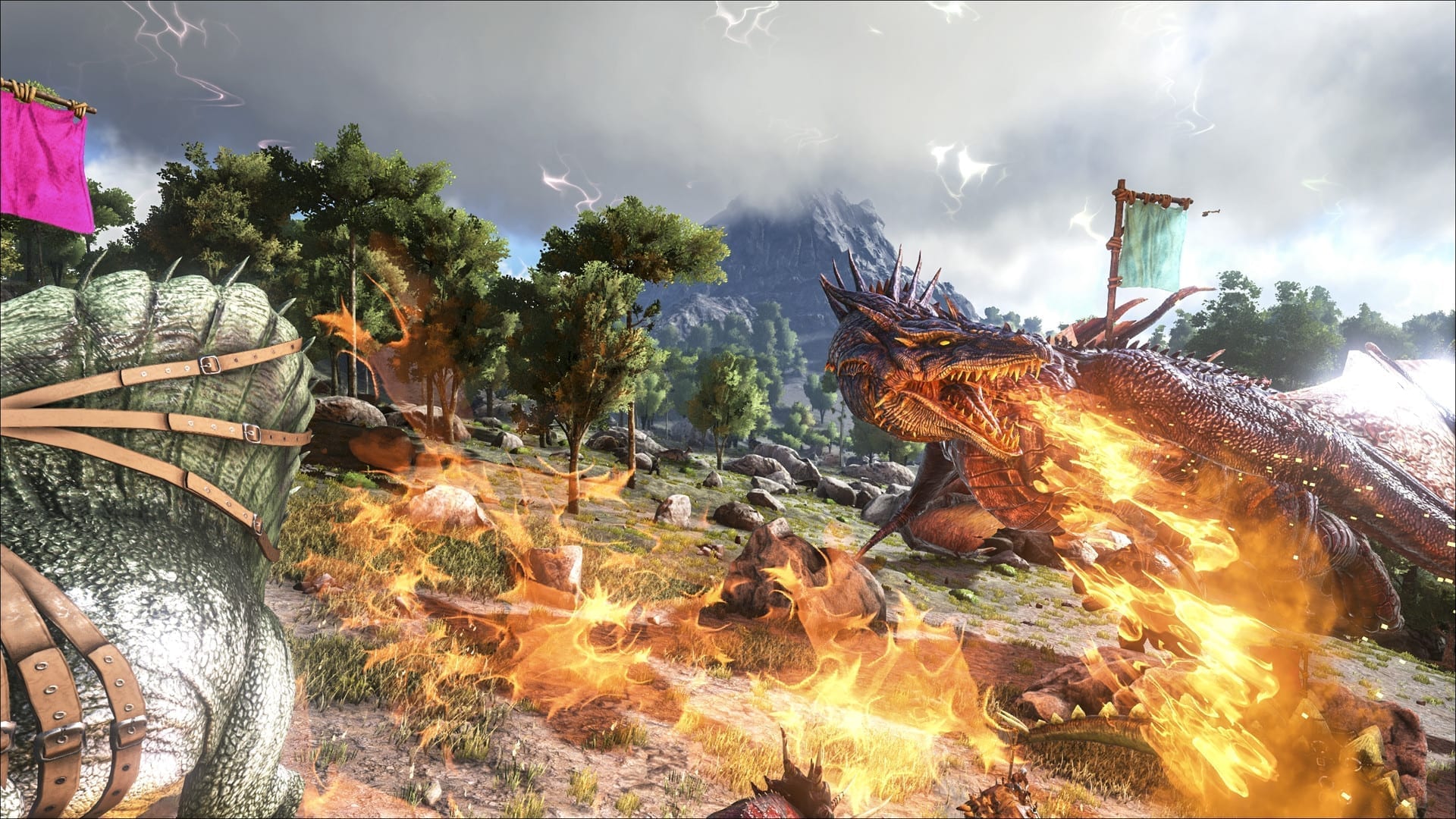 It is a universally known fact that all things can be made better with the inclusion of dinosaurs. If there is in fact a meaning to life, it too is probably related to dinosaurs. We don’t claim to know that for certain, but we do know that this game is pretty cool when it comes to Battle Royale games. 72 players competing either solo or in a tribe go up against each other in a multiplayer online survival arena. There is more than just clubbing other players to death though – there’s dangerous creatures, special events like acid rain or extreme cold, and even thick fog that makes you all but blind.

You can still tame dinos to help you in your battles, although they are less powerful than in the main game – that’s alright though, dino is dino. The unique conditions in which you craft, tame and fight make this game a welcome change from the old ‘drop on map, pick up gun, shoot people’ scenario. 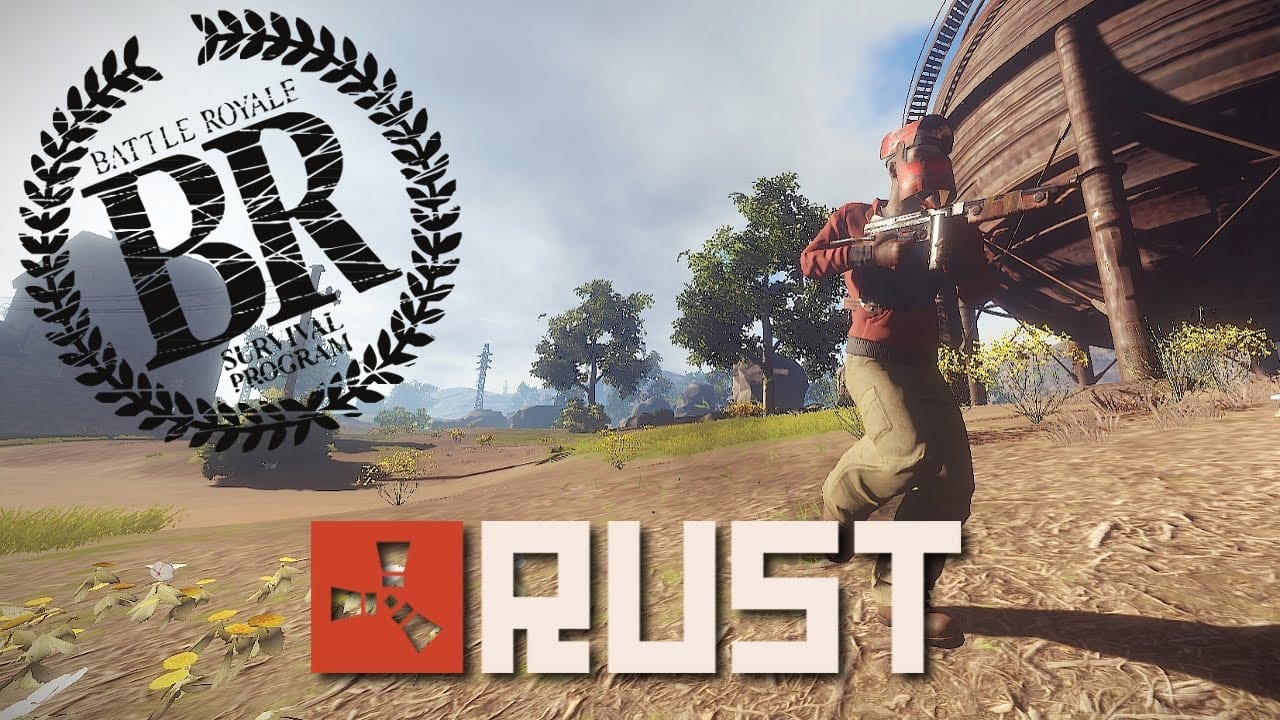 Rust is a popular multiplayer survival game and it has an unofficial Battle Royale game mode that’s running on quite a few servers. You start out naked, with nothing but a rock to defend yourself with (we’ve had weekends like that!), and then follows the usual proceeding – a gradually shrinking arena with loot and lots of murder.

The game does let you form alliances, but you have to be careful – there can only be one winner, so your buddies will probably turn on you pretty soon. That just adds to the fun though – not knowing when that nice naked man and his rock are going to have a go at you.