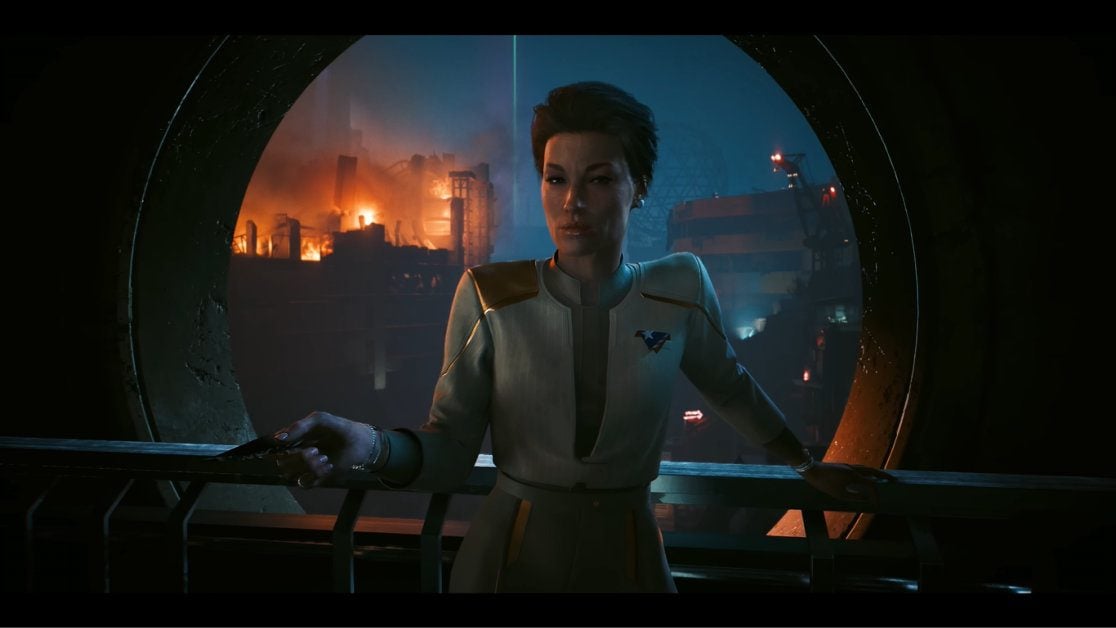 Cyberpunk 2077: Phantom Liberty is the first major expansion for CD Projekt Red’s sci-fi RPG and it’s set to release in 2023.

The first major expansion for Cyberpunk 2077 has been a long time coming. In fact, two years ago to the day, CDPR claimed that an expansion would be revealed “soon”. Alas, two years later and that day finally arrives.

What is Cyberpunk 2077: Phantom Liberty?

At this time, details are quite vague. As not a lot of information has been provided. However, we do have a teaser trailer. Furthermore, Phantom Liberty is described as a “spy-thriller expansion” by CD Projekt Red.

In the teaser trailer, it is revealed that V will once again be the main protagonist. Interestingly, V gives an oath to faithfully serve the “new United States of America”.

The Phantom Liberty expansion will also bring a new area to Night City, oh, and Keanu Reeves will return as Johnny Silverhand. In the trailer, Silverhand informs V that swearing allegiance to the new United States of America is a “bad idea”.

Not everyone will play the expansion

Sadly, not everyone will get to play Phantom Liberty. The expansion is only releasing for PC, PS5, Xbox Series X|S as well as Google Stadia. Meaning that the PS4 and Xbox One have been left behind. At this time, no reason for this decision has been given.

However, considering the poor state of Cyberpunk 2077 on last-gen consoles, it’s not difficult to understand why this might be the case. Let’s just hope that the Phantom Liberty expansion has a smooth launch on PC and new-gen consoles.

In related news, Cyberpunk: Edgerunners, the 10-episode anime is coming to Netflix next week on September 13th.

Are you excited for Cyberpunk 2077: Phantom Liberty and are you disappointed that the last gen has been ditched? Let us know your thoughts across our social media channels.