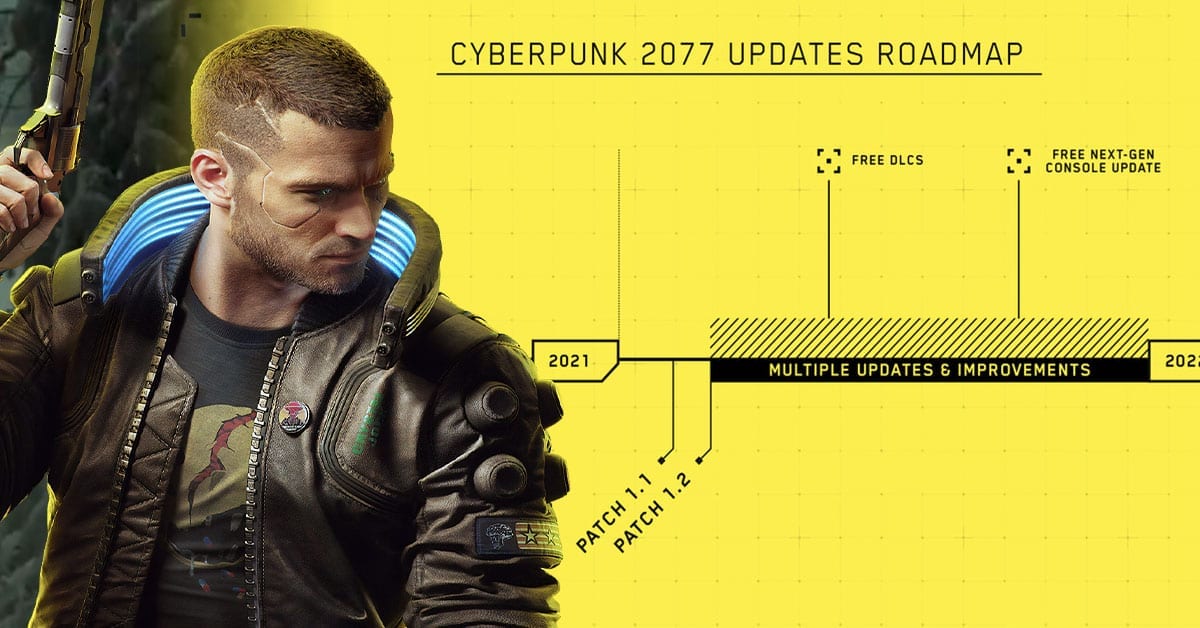 CD Projekt Red co-founder Marcin Iwiński has addressed the botched release of Cyberpunk 2077 in a five minute apology video. The CDPR video confirms that new-gen versions of Cyberpunk 2077, along with its DLC, have been delayed.

Iwiński has addressed the issues that have plagued the launch of Cyberpunk 2077, in particular the version of the game that was released for the base PS4 and Xbox One.

Iwiński also spoke on what the future plans are for CD Projekt Red in terms of fixing Cyberpunk 2077 and the additional content that is yet to arrive.

When referring to the base PS4 and Xbox One versions Iwiński said that the issue lies with “wanting to make the game look epic on PCs and then adjusting it to consoles, especially old gens”.

So in a nutshell I’d say that Cyberpunk 2077 was developed with PC in mind, and was dumbed-down quite considerably in the hope that it would run on PS4 and Xbox One.

Personally I’ve not played the base PS4 and Xbox One versions; I’ve only played Cyberpunk 2077 on PS4 Pro. However I can see where problems might occur developing a beast PC game and then trying to alter it to run on much lesser systems such as the base last-gen consoles.

If I was going to take an educated guess, the base PS4 and Xbox One versions may have run better if developed initially for those systems and then souped up for the PC and new-gen consoles.

Iwiński also stated that based upon past experience fans trusted CDPR and the fans were let down by misplacing that trust. In the statement video Iwiński also claimed that the last-gen versions were tested prior to release and the issues they did experience could be fixed in the “final day zero update”.

“Based on [our] legacy of genuine and honest communication”, says Iwiński,” you’ve trusted us and pre-ordered our game, and despite good reviews on PC, the console version of Cyberpunk 2077 did not meet the quality standard we wanted it to meet. I, and the entire leadership team, are deeply sorry for this and this video is me publicly owning up to this.“

Iwiński also diverts the blame away from the core developers at CDPR stressing that any final decisions were made by him and the board.

“Please, don’t fault any of our teams for what happened. They are all incredibly talented and hard-working. Myself and the board are the final decision-makers, and it was our call to release the game. Although, believe me, we never ever intended for anything like this to happen. I assure you that we will do our best to regain your trust.“

In terms of the future content for Cyberpunk 2077, Iwiński outlined plans with a roadmap. In the roadmap it revealed that the free DLC will release later this year and the free next-gen update for PS5 and Xbox Series X|S is planned to release during the second half of this 2021. Both the new-gen upgrades and the free DLC were originally scheduled to release in early 2021.

Following the troubled launch of Cyberpunk 2077 the game was even removed from the PlayStation Store, however Iwiński said that CDPR are working with Sony to bring their RPG back to the PS Store “as soon as possible”.

Leading up to the release of Cyberpunk 2077 there were also reports of staff working crunch hours in hope of finishing the games development in time for release and the studio offered an update on the subject via an FAQ posted on their website.

“The team is working to bring relevant fixes to the game without any obligatory overtime. Avoiding crunch on all of our future projects is one of our top priorities,” said CDPR.

In my humble opinion on this whole subject, I am never a fan of roadmaps as promises are often broken and CDPR doesn’t outright say that staff won’t work crunch hours. The company only says that avoiding crunch is a top priority.

Hopefully all goes well and over the coming weeks/months, and the constant drama and controversy that surrounds CDPR will lessen in time (hopefully).