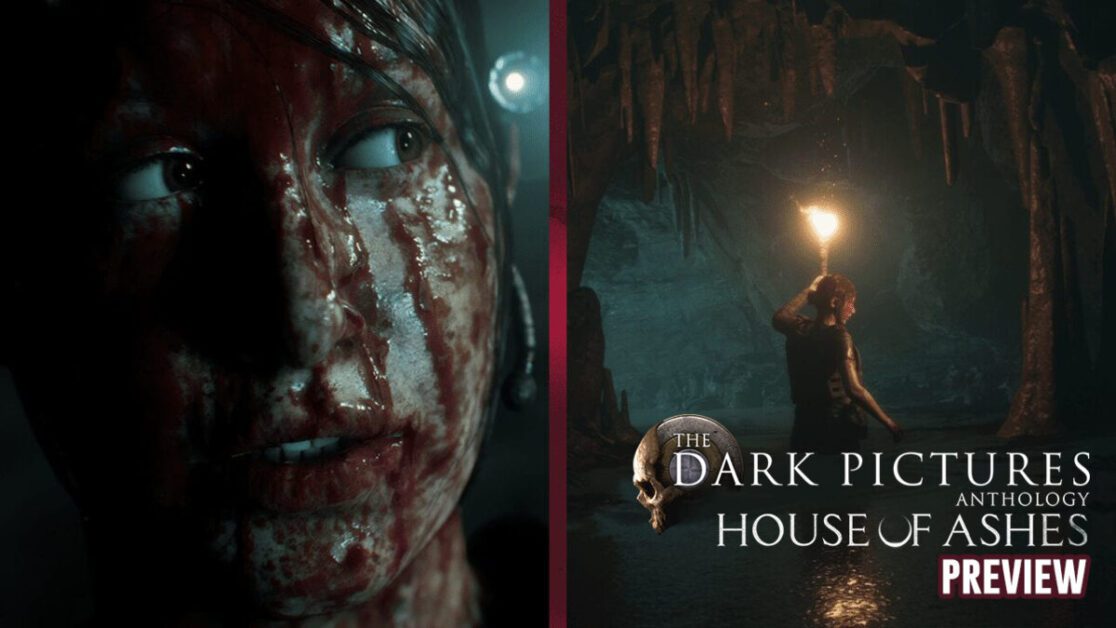 The latest game in The Dark Pictures Anthology could be the best yet. A bold claim to start a preview with but there’s something about House of Ashes that piques my interest more than previous entries. During my recent hands-on preview of the game, I was left impressed with what developer Supermassive Games was doing. Not only that but I was excited to see more.

There’s something about horror and being underground that amps up the fear factor. Confined spaces and limited light make things scary no matter how well equipped you are. This is good because the protagonists in House of Ashes are pretty well equipped. You’d expect them to be considering they’re in the army.

My preview of the PC build of the game started after the prologue of the game, which meant there were bits of context I didn’t have. It didn’t take long though for me to get a grasp of peoples personalities and their relationships with others. The protagonists of House of Ashes are slightly better equipped for what lurks in the shadows. This is what helps make the game a different kind of horror than we’ve seen in previous Dark Pictures Anthology. It feels much more Aliens than Alien and that’s not a bad thing.

What Is House Of Ashes About?

House of Ashes takes place in Iraq in 2003 during the Iraq war. In the Zargos mountains a US military unit and Iraqi military unit clash, causing a tremor in the earth. This tremor unearths some long lost ruins. Low and behold members from both sides fall into said ruins and it turns out they are not alone.

The tunnels you’re in are dark and feel fairly claustrophobic. Although you’re military experts it soon becomes clear that you’re out of your depth. It’s something that reminded me a lot of the work of Neil Marshall. Military personnel out of their depth when an operation goes wrong is basically the plot of Dog Soldiers. Combine this with his 2005 film The Descent and you begin to have a rough concept of what House of Ashes is.

The games use of darkness and the fear of what could be there rather than what is works superbly. As too is the way areas are presented. No area I experienced felt that it was there to pad the game out. In fact the pacing of the section I played felt really solid, even if my decisions might’ve meant some went on slightly longer than they should’ve or ended abruptly.

Where Could it Improve?

House of Ashes has the issues a lot of choose your own adventure style games do. Some moments feel a touch awkward, with QTE feeling like it’s thrown in for the sake of giving the player something that isn’t passive. There are also moments where line delivery or the acting, in general, could be improved upon.

Outside of that though I was impressed with the current state of the game. It played well on PC. The use of QTEs mostly worked well. Plus it felt like it was a genuine challenge to keep characters away from danger. The fact there’s apparently over 60 death animations in the game highlights it won’t be easy to keep everyone alive. It all comes together beautifully for a horror experience where you’re the director, the writer and the player.

House of Ashes isn’t likely to be a perfect game by any means but if you’re looking for an easy to play horror experience it’s definitely worth considering. With multiplayer options as well it means you can play it with friends, making it a nice option for a spooky night in.

House of Ashes releases on October 22nd. You can pick it up on PC, PS4, PS5, Xbox One and Xbox Series X.