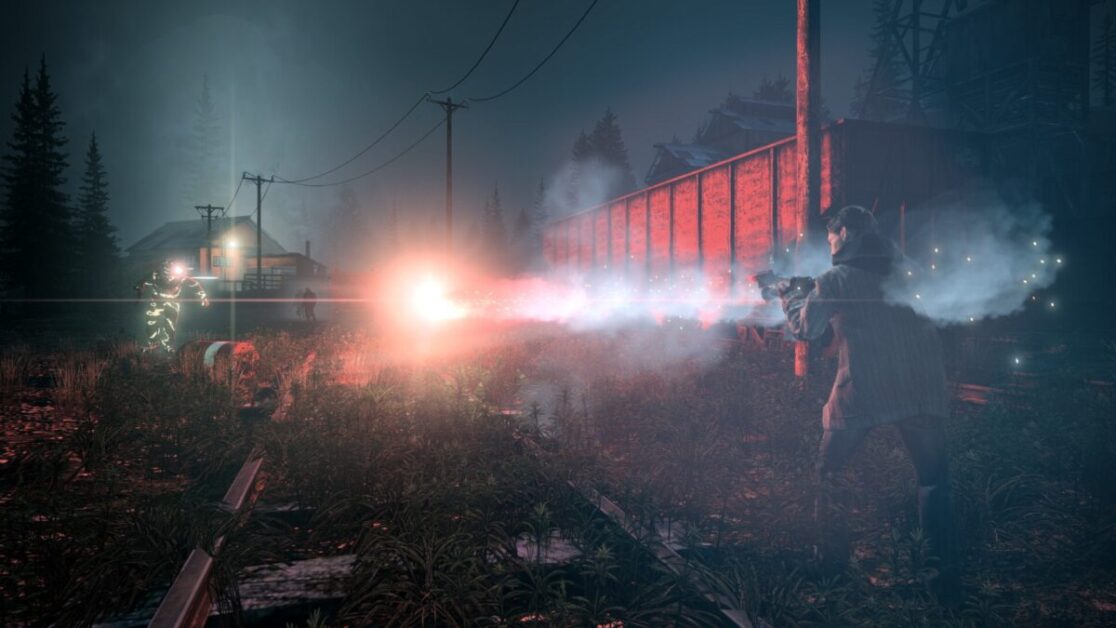 Alan Wake Remastered is real! Fans can rest at last knowing their favourite writer is finally making a return to PC and consoles later this year.

Remedy fansite The Sudden Stop posted the announcement of an Alan Wake remaster earlier today. Creative director Sam Lake posted an open letter: “I’m beyond happy to tell you that at the time of writing this, Alan Wake Remastered is nearing its completion. Confirmed, announced, coming up in partnership with Epic Games Publishing.”

While it’s not exactly Alan Wake 2, news of an upcoming remaster will surely be music to many fans’ ears, myself included. I have fond memories of playing through Alan Wake on a tiny TV at my parents’ house back when it first released on Xbox. In fact, the game was even the reason I got into writing in the first place.

We already started to see hints of Alan Wake’s return when the characters and settings made a return in 2019’s Control, with a bigger role in the AWE DLC expansion set after the original game. Maybe a proper sequel to the game is in the works too?

BACK TO CAULDRON LAKE

Alan Wake Remastered will include the original game plus both DLCs, The Signal and The Writer. It will also have a new Director’s Commentary and 4K visuals. More details are set to arrive soon, but I’m hoping for some better lip-syncing this time around.

Alan Wake Remastered will release later this year on PC via the Epic Games Store, Xbox and PlayStation (both last-gen and current). Previous rumours suggest it could arrive as early as next month, but we’ll have to wait on official confirmation to be sure.

Did you play Alan Wake back in the day? Let us know on our social media channels!