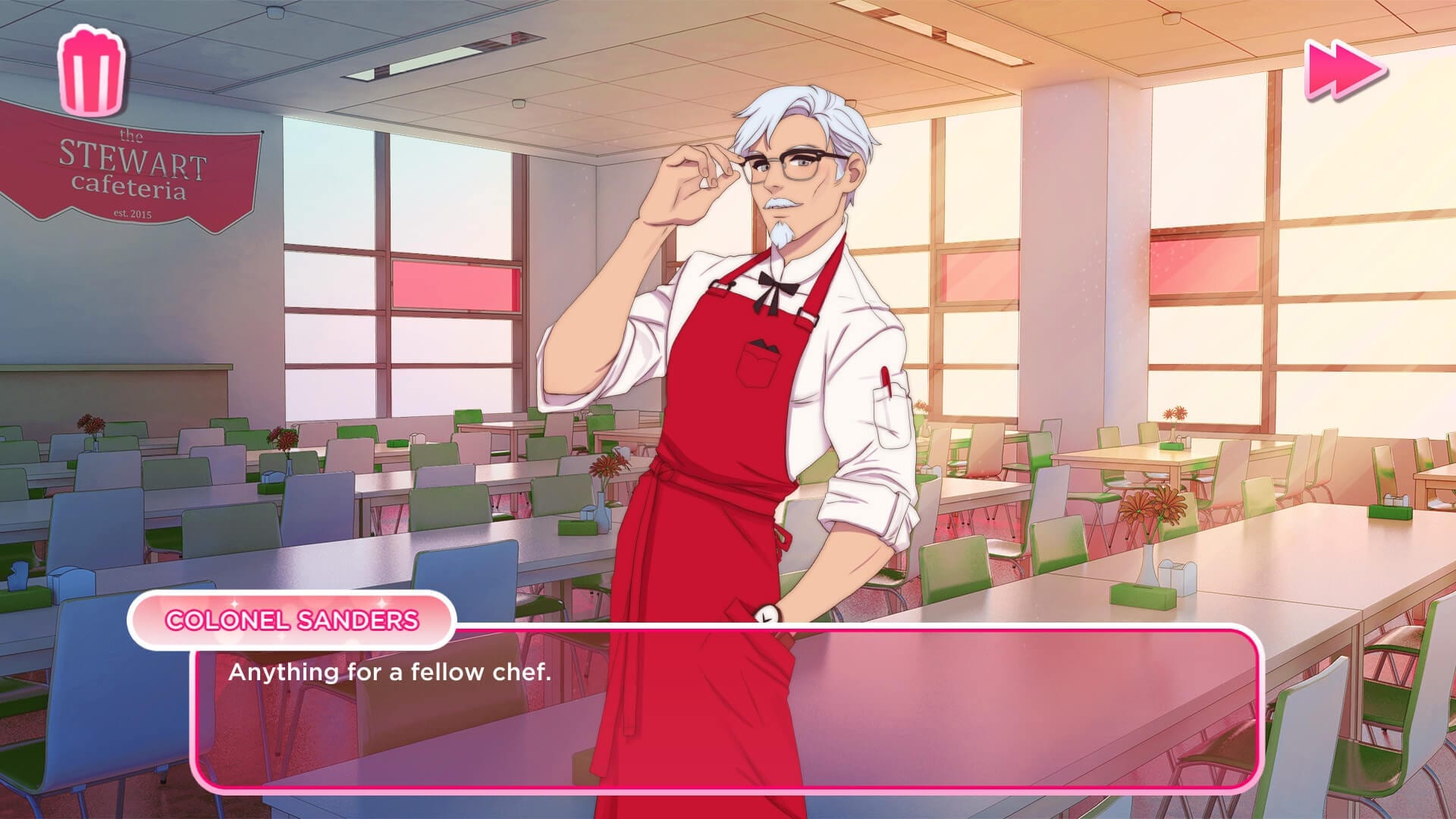 Last year the Colonel made a move into the video games market with an officially licensed (yes, really) Kentucky Fried Chicken dating simulator.

Entitled ‘I Love You, Colonel Sanders! A Finger Lickin’ Good Dating Simulator,’ the game is pretty popular on Steam, and it has over 90 percent positive reviews, which is always a good thing.

The sim balances dating Colonel Sanders with trying to graduate from culinary school, and features the cutesy anime-style we all know and love from the genre.

The game’s official description reads: “I Love You, Colonel Sanders! A Finger Lickin’ Good Dating Simulator follows you, a promising culinary student, as you try to date your classmate, Colonel Sanders. Throughout your journey, you’ll be faced with life-changing decisions that will affect your chances of friendship and love. But be careful! Your choices have real consequences with real animated characters’ feelings at stake.

“Do you have what it takes to survive culinary school? Will Colonel Sanders choose you to be his business partner? Or maybe even so much more? Find out in the most finger lickin’ good dating simulator ever created—a game that KFC actually made.”

Check out the Kentucky F…Friend…Chicken….Nope. I’ve got nothing. Check out the (actually really good) trailer below.

There’s also a dog who’s a professor, which is actually the game’s main selling point for me.

Say what you want about the upcoming dating sim, but it’s definitely a very clever marketing move from KFC, and it actually looks like a pretty fun game to play.

I Love You, Colonel Sanders! A Finger Lickin’ Good Dating Simulator is developed by Psyop, and is free-to-play. If you’re single and hungry, you can check it out on Steam right here.

You Can Now Fight Geralt As Bernie Sanders, Because Memes

Razer Is Selling Bizarre ‘Gaming Sleeves’ For Your Fingers