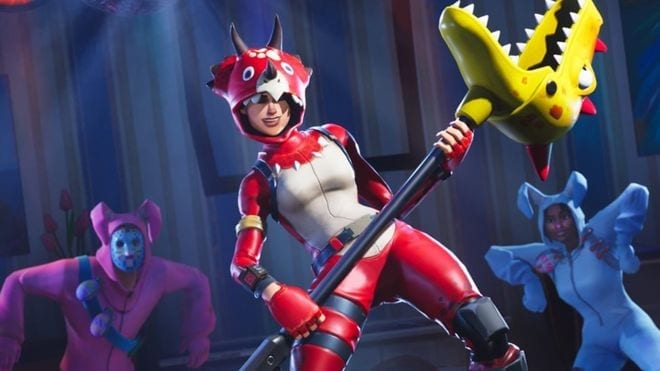 I’m not too sure why it’s taken so long, but the world’s first all-female esports team is finally here, and they’re 100% going to kick your *ss.

eSports organisation Gen. G has joined forced with Bumble, the female-focused dating app, to welcome Team Bumble to the world.

“Bumble is in the unique position of providing value to an entire generation of gamers, encouraging them to strive for their goals and facilitating ways to connect them IRL. The future is bright and I can’t wait to see the impact we make together!” Valnicek said in a statement.

According to Engadget, around 35% of Fortnite‘s player base is female, making it pretty shocking that there’s not been an all-female team before now.

There was no female representation during the recent Fortnite World Cup, and the general presence of girls who game professionally is something that Gen. G wants to change.

“We take seriously our opportunity and responsibility to support emerging segments of the esports community, especially by creating and strengthening platforms for women,” said Chris Park, the CEO of Gen. G.

This is a huge step in the right direction for professional gamers, and for females who feel left behind when it comes to the world of eSports.

Over on Twitter, people are celebrating the news and praising it as a huge leap in closing the gender gap in games.

Another added: “Love how much time & money Bumble spends on female empowerment, especially in emerging spaces.”

Love this. @bumble x @GenG have partnered up for an all-female Fortnite esports team.

I can’t wait to see these ladies in action!