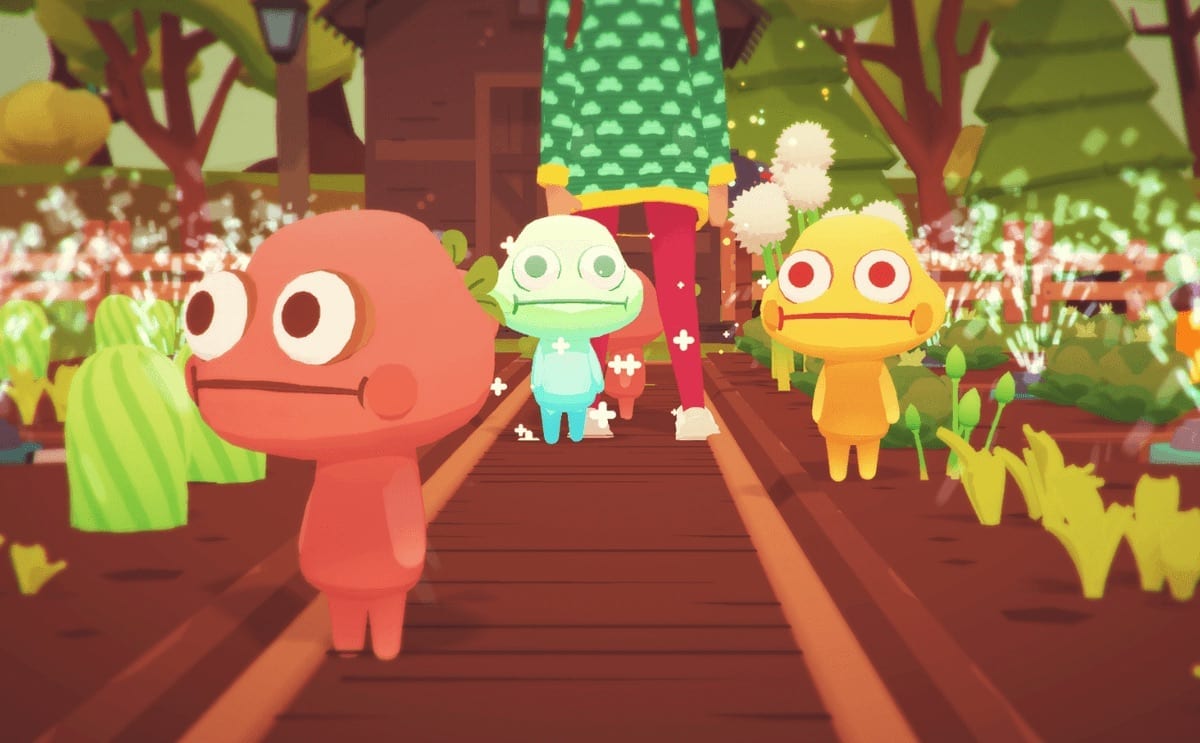 Let’s just get this out of the way: gamers don’t like the Epic Games Store, but for developers it’s a whole different story. Epic offers what’s actually a really enticing deal for developers: an 88% cut of the game’s revenue goes right to the creators, with Epic taking just 12%.

In comparison, other stores like Steam, PlayStation and Xbox offer a much more conservative 70% to 30% split.

Although that might seem like a win-win for everyone involved, the Epic Store is seriously controversial thanks to it swooping in and “stealing” titles like Metro Exodus. Shenmue 3 and Borderlands 3 – games which people really want to play, but not through Epic.

Right now, if you’re a developer and you’re launching your PC game on the Epic Games Store…well…good luck to you, because there’s thousands of gamers out there who aren’t taking kindly to the move.

Case and point: Ooblets, a charming life simulation game that was just announced as having timed exclusive with the Epic Store.

Sadly, the news has p*ssed off a lot of people who were excited about the game, and some of those people have reportedly been harassing and threatening the game’s two developers, Rebecca Cordingley and Ben Wasse.

On the Ooblet‘s Patreon, the duo have shared some of the misery they’ve experienced from the Epic backlash.

“We really misjudged how angry so many people would be. This whole thing has just devastated us. We’ve been getting thousands if not tens of thousands of hateful, threatening messages across every possible platform nonstop. It’s especially hurtful since we’ve had such a positive, supportive relationship with our audience throughout development.”

The statement continues: “I have been crying nonstop for the last two days and feeling like the world has collapsed around me. I couldn’t have guessed the scale of what it would feel like to be the target of an internet hate mob. I already had a lot of empathy for other targets of previous hate mobs, which is why we wanted to address that sort of thinking in our announcement, but I had no idea it was this bad.”

The threats caused a lot of anger in the indie game community, with lots of people, including indie developer Rami Ismail, speaking out against the shocking behaviour.

Literally going to find a way to buy dozens of copies of Ooblets when it comes out, 1 because the game looks awesome, the rest because any dev that is this honest & transparent in the face of the toxic parts of the gaming community deserves everything good that can come their way https://t.co/vjFotKh02X

Epic Games has now addressed the issue on its own website, writing that the situation has: “highlighted a disturbing trend which is growing and undermining healthy public discourse, and that’s the coordinated and deliberate creation and promotion of false information, including fake screenshots, videos, and technical analysis, accompanied by harassment of partners, promotion of hateful themes, and intimidation of those with opposing views.”

Ooblets has face bit of trouble with publishing, after its original publisher Double Fine was picked up by Microsoft. Following the acquisition, the plan was to self-publish – until Epic Games offered Glumberland a deal.

In a blog post, Glumberland writes: “[Epic] offered us a minimum guarantee on sales that would match what we’d be wanting to earn if we were just selling Ooblets across all the stores,

“That takes a huge burden of uncertainty off of us because now we know that no matter what, the game won’t fail.”

Financial security for such small development teams is a big thing, as creating a game can quickly rack up huge amounts of life-changing debt.

The gaming community is often seen as a toxic one and this is, sadly, exactly why it has that label.