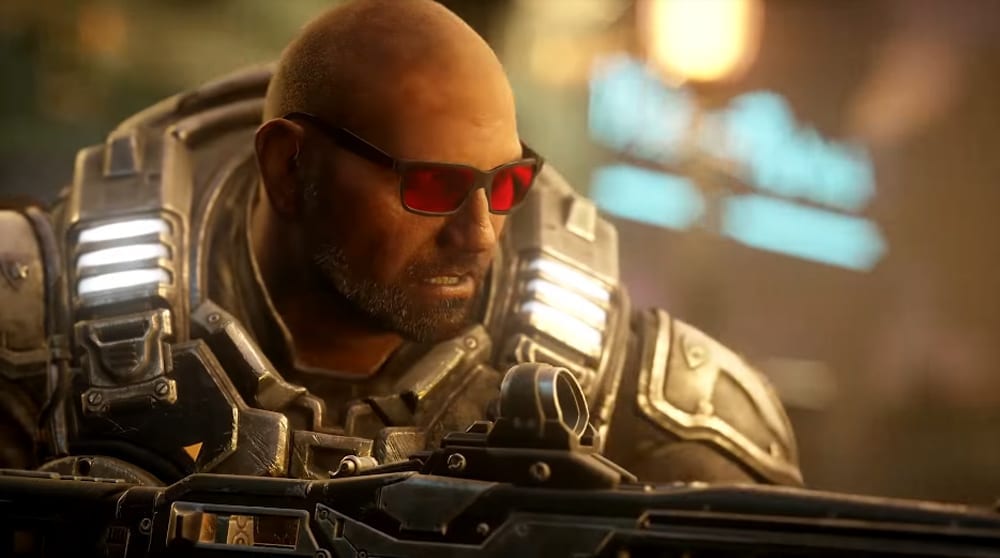 However, it seems Dave Bautista and his fans, especially those that plan on picking up Gears 5 this week are going to get the next best thing, as the WWE and Guardians of the Galaxy star will feature as free DLC for the game (not his friend HHH).

In conjunction with WWE, Dave Bautista has recorded more than 700 lines of dialogue for Gears 5 as well as lending his likeness (including his cool red shades) and will be playable in the multiplayer modes.  Bautista will be available to download for free, following WWE’s next Pay-per-View, Clash of Champions and will be available between September 15th to October 28th.

Are you going to be picking up Gears 5 and downloading this free DLC?  Let us know across our social media channels.

Gears 5 will release on September 10th for Xbox One and Windows PC or four days earlier for those that pre-order the Ultimate Edition or subscribe to Xbox Game Pass Ultimate.