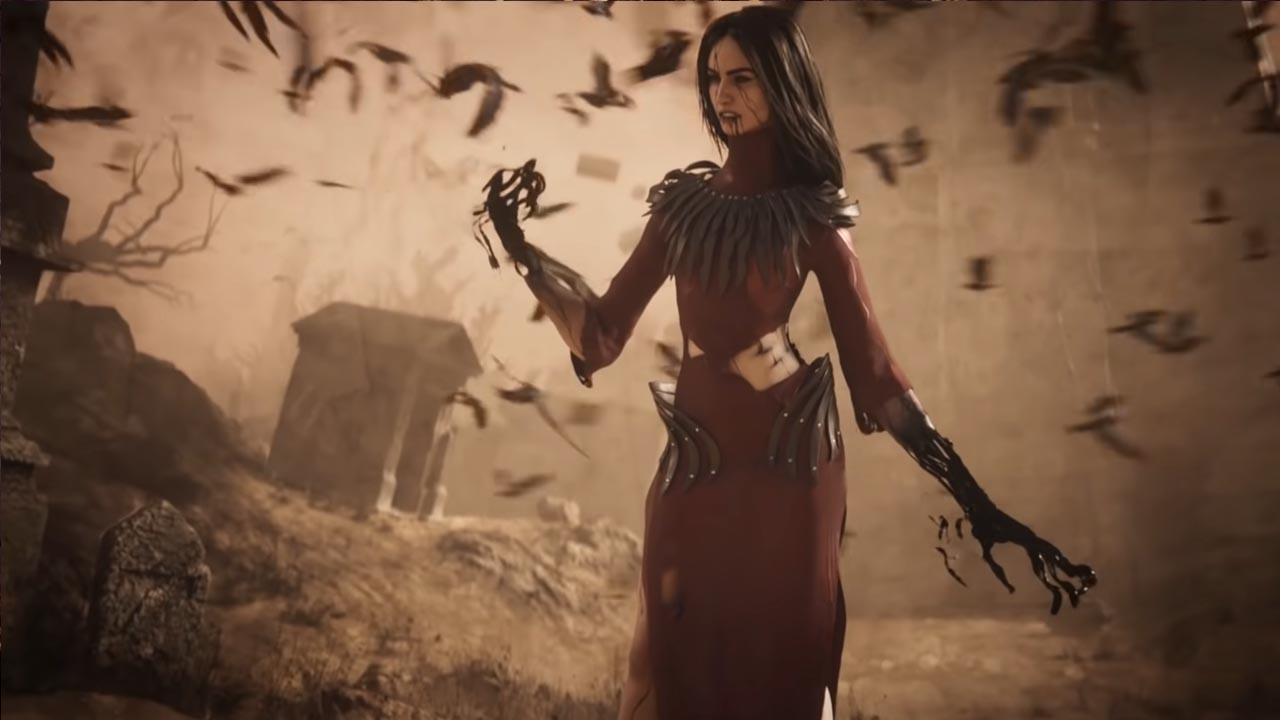 Dead by Daylight has gotten some new DLC, Portrait Of A Murderer, with a brand new, original killer and survivor.

The new killer is called The Artist, “a gifted Chilean artist who carried the guilt of her young brother’s death,” as described by her webpage. In life she was called Carmina Mora, and after years of dark thoughts, “she tried to end her suffering, but an ethereal murder of crows saved her life,” and became an artist that worked solely in black ink.

Gameplay wise, she’s able to summon ethereal looking crows that fly around and inflict damage in a small radius. Once they’ve finished their flight path, instead of damaging Survivors, they swarm them, revealing their aura to The Artist. The new killer also comes with some new perks, like Grim Embrace, which blocks all generators for a period after hooking four different survivors.

The new survivor, Jonah Vasquez, a CIA agent who understands the world through maths, and has a string of numbers that followed him all his life. After finding that part of the code was GPS coordinates, he followed them there, where he learnt the rest of the code was his birthday and the date he arrived there.

He also comes with some new perks, like Overcome, which lets you retain movement speed after being injured. But using perk causes Exhaustion, and Overcome cannot be used while Exhaustion is in effect.

The DLC also comes with a new map, Forsaken Boneyard. The map features an abandoned graveyard in the Chilean desert. Portrait Of A Murderer is available to purchase now, and costs £5.49.

Are you picking up Dead By Daylight’s new DLC? Let us know on our social channels! Don’t forget the game is currently free to keep forever, which you can find out more here.