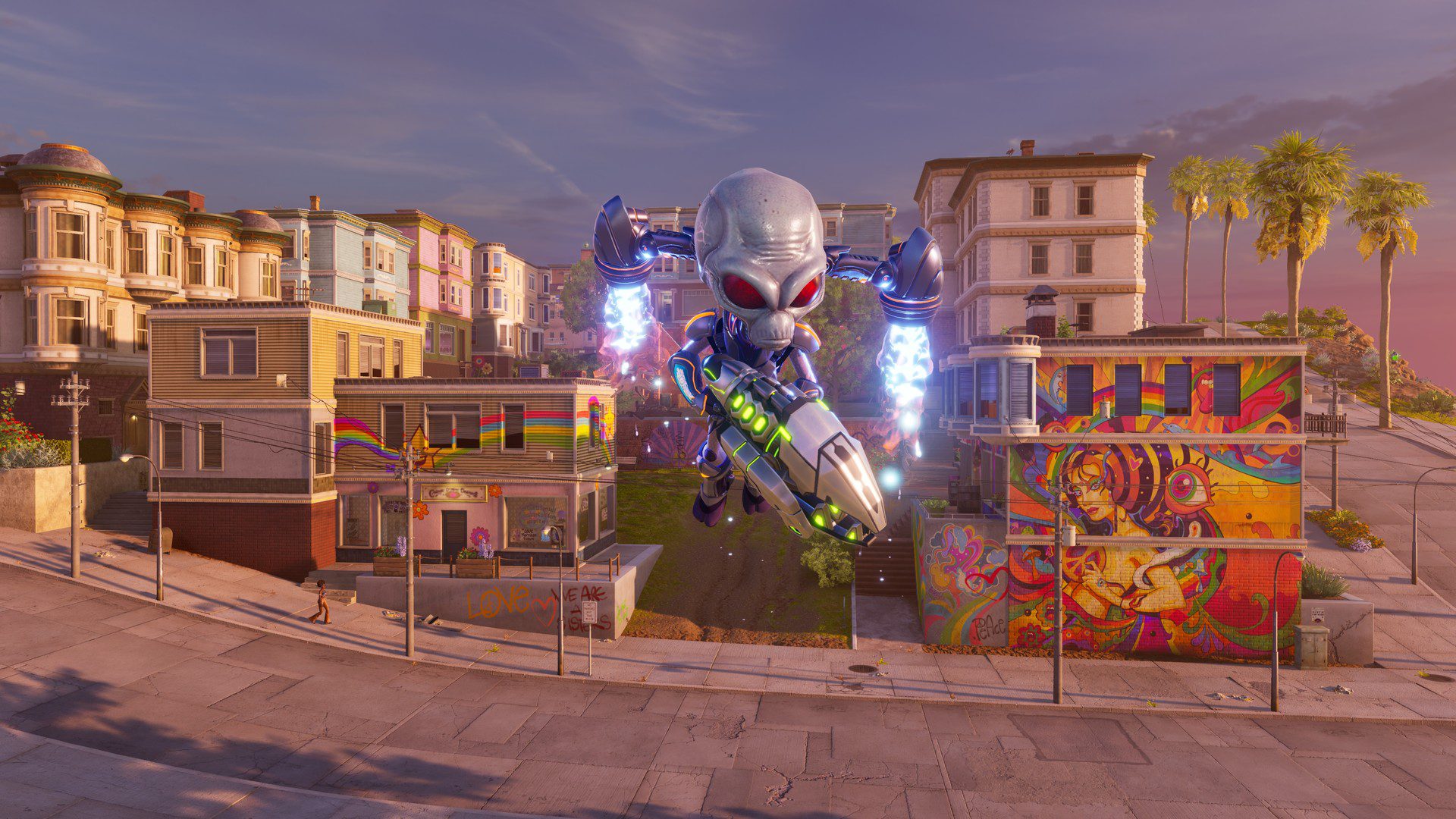 What’s it all about and what tips can we give to make sure our readers make the most of their misadventures with Crypto? Don’t worry about it, here are some quick tips to get off to a flying (saucer) start with Destroy All Humans! 2 – Reprobed:

Make sure after landing in a new city to re-enter the flying saucer to explore the city. Not only does this familiarise players early on, but it’s a good opportunity to look for human abodes that are likely to house large quantities of very specific humans (say, hippies or cops). That will come in handy when trying to abduct them in large numbers for Gene Blending.

Destroy Enemy Vehicles Before They Get Out

Using weapons and the Transmogrification ability to destroy (often poorly armoured) enemy vehicles before they exit means players won’t have to deal with any enemies. Blowing up vehicles also provides some solid blast radius damage for existing antagonists too.

Although players should pick up these collectables as they find them, there are good reasons to keep looking once the game has been finished. Unlock all content in the Furonigami menu or round out your arsenal for use in the Holopox Deck when replaying missions!

Use Protect On Enemies

The protect ability allows players to convert enemies into allies so they aggressively protect. Seeing as the ability takes as much time to pull off as some attacks, it’s a good way to gain the upper hand when seriously outnumbered.

It’s not all about the fire power players will gain, however. This tactic provides a great distraction as allies and enemies fight each other whilst players pick off any hostiles.

Be Smart About Snatching Bodies

The “Free Love” ability is a player’s best friend when body snatching. It makes humans party and become oblivious to a martian jumping in and out of bodies. It’s also a great time to jump into a better body if your current one isn’t up to scratch.

Failing this, it’s best practice to body snatch whilst hidden behind a corner or in some kind of foliage. Simply walking up to a human and body snatching is going to draw too much attention. If the desired human is part of a group, try PKing the irrelevant humans before snatching the desired human. The knocked-down humans don’t notice you.