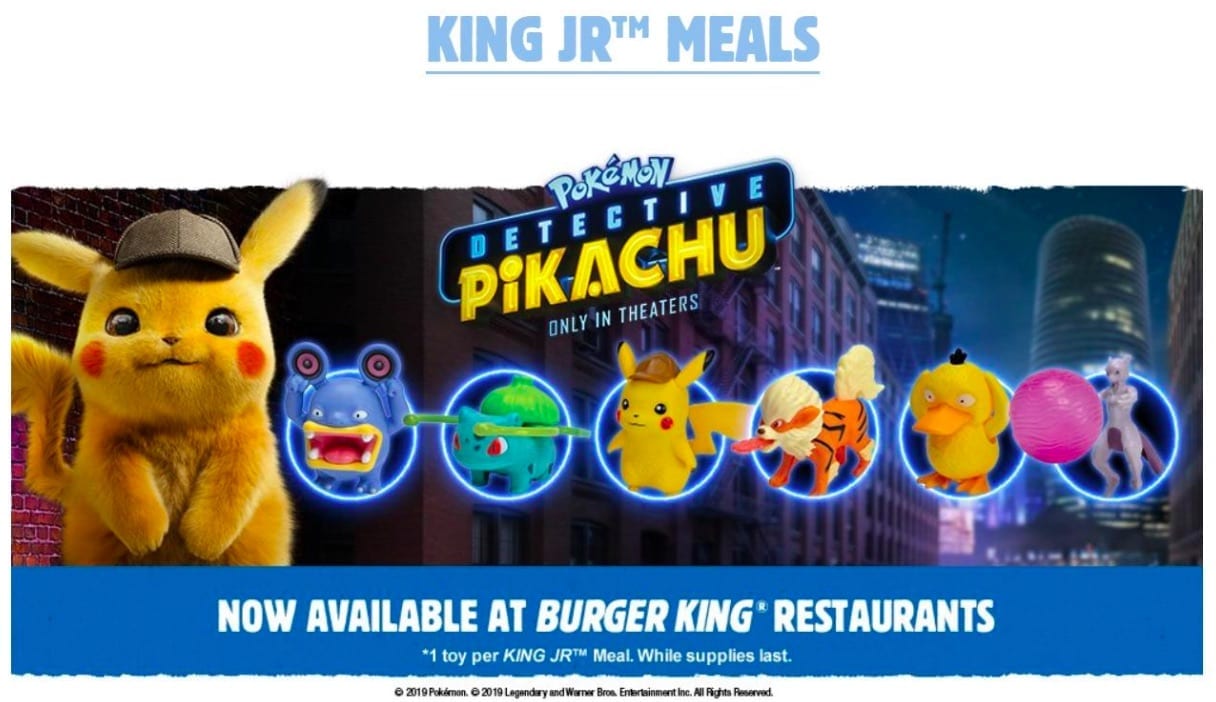 Now, this might just be me, but I feel that the free toys you get with fast food meals just aren’t as good as they used to be.

Burger King, in particular, used to have amazing kids’ toys in their meals – remember The Lord of The Rings figures? Remember the ‘solid gold’ Pokemon cards?!

Well Burger King is officially our favourite place in the world – at least for the next couple of weeks – as it has a line of collectible Detective Pikachu toys (and they’re not even creepy-looking!)

The toys, which became available early April/late March, are probably going to sell out fast so if you haven’t grabbed yours yet then good luck to you.

The collection celebrates the cinematic launch of Detective Pikachu, which releases in May. Although BK hasn’t confirmed when the toys will be available until, here’s hoping they last at least until the movie comes out.

You can snag yourself one of the following pocket monsters to take to the cinema with you with each BK Jr meal you buy: Loudred, Bulbasaur, Detective Pikachu, Arcanine, Psyduck and Mewtwo.

Check out a close look at some of the figures in all their glory below!

All thanks to my wife because Burger King is close to her work.

Opening and showcase available on my YT channel! #Pokemon pic.twitter.com/bt8wkBEqp5

And if you’re too young to have been there for the initial hype of Pokemon, here’s the gold Pokemon cards I mentioned. These were sold at Burger Kings in 1999 and came complete with a shiny Pokeball to keep them safe.

Burger King’s Pokéball toy with the gold Pokémon card from 1999 is the greatest fast food toy of all time. pic.twitter.com/7q95oCxcI1