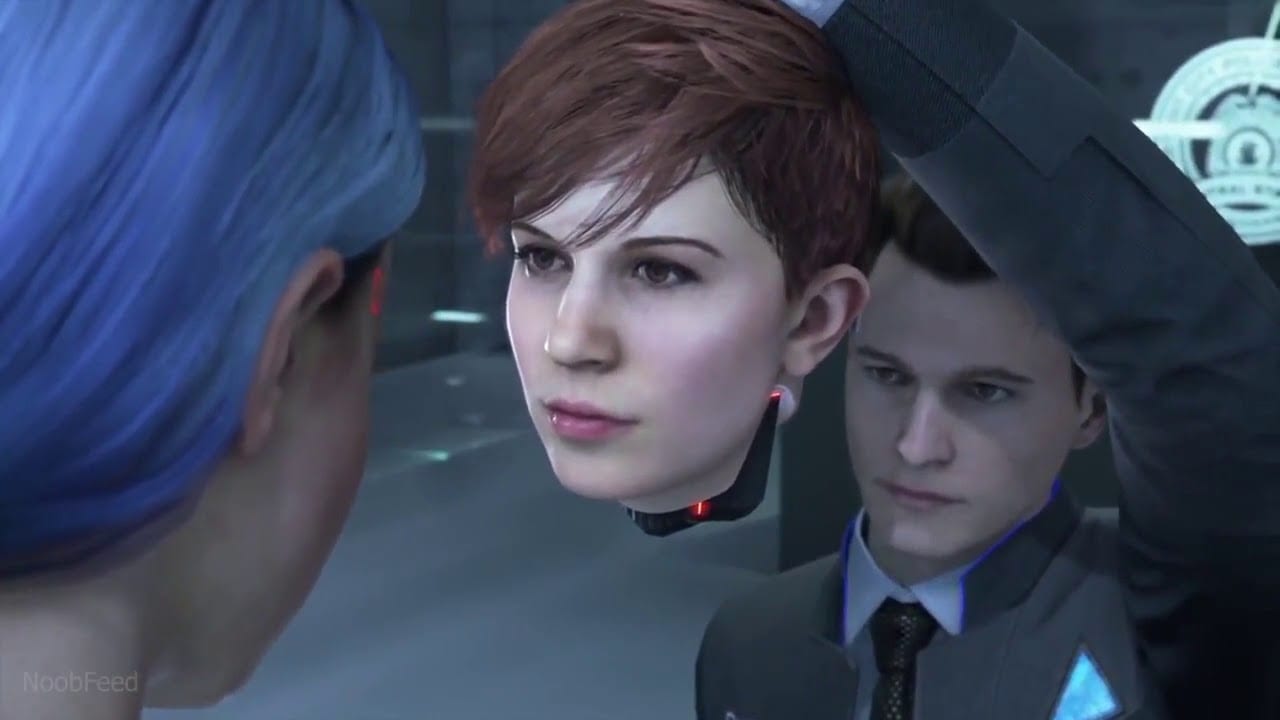 Detroit: Become Human is undeniably one of the most cinematic games of its generation, and it’s amassed millions of devoted fans thanks to its intricate gameplay, strong storylines and devastating consequences.

During Manchester ComicCon 2019, GameByte sat down with two of the game’s actors: Bryan Dechart (Connor) and Amelia Rose Blaire (Traci) to talk all thing Detroit.

“I worked on the game for 2.5 years, between the beginning filming and the final piece, but I would go in waves, so they’d send me…y’know, here’s a packet of information to work on for these months,” says Bryan. “Then we’d go and film for a week or two weeks, like everything with Clancy at once, then come back and return.”

Despite the sheer size of the game and the huge process of creating its many story branches, Bryan is more than ready for a sequel should Quantic Dream ever want to reprise the roles.

“I hope [for a sequel]!” exclaims Bryan. “What’s really cool about the game is that it’s inspired a lot of people to write their own ideas of what happens in the world afterwards or beforehand,

With more and more television and movie actors taking on video game roles, I wanted to know just what drew the duo to the project.

“Of course they made Connor look exactly like me, which kind of defeated the entire purpose [laughs] but, that kind of work is really freeing for an actor.”

Amelia also talked about her love for video game acting, saying: “There’s also something really cool about playing a character in a game because the player has so much more agency over the story, and they have so much more involvement because they’re actively choosing what the characters are going to do, as opposed to when you’re watching a movie, where the character’s doing something and you’re like ‘no! Don’t do that!’

“So I think working in games is really exciting because there’s so much more connection with the audience.”

Of course, with the reveal of Keanu Reeves’ role in CD Projekt Red’s upcoming RPG, Cyberpunk 2077, it’s hard not to ask about how Bryan and Amelia feel about the changes happening in the movie and video game industries.

“I think that as the performance capture technology improves so that a lot of characters are looking a lot more like the actors that play them and the likeness thing comes into it like in Keanu’s case for Cyberpunk, I think that the opportunity to continue your filmography into a video game but you’re still representing your brand and your character…” Bryan muses.

“I mean Keanu looks like Keanu in that game and I think that might be more appealing. I think the video game industry has also realised having actors be a part of the promotion of a game and the experience of a game afterwards for the fans is a major asset.

“I think maybe five years ago it was a little more like ‘oh we’ll get this guy to voice this thing and then fire him and get a different guy to voice this thing.’ But the fans are very connected to who plays these things, who plays the voice, and I think that over the next couple of years as the technology becomes more and more accessible I think that indie games are gonna be able to do full performance capture in the way that Quantic Dream has been developing for 22 years…

“So yes, I think more celebrity movie [stars], the Hollywood type, might find themselves into games, but I also think that it’s something that students can do their thesis game or something and be doing just as high-level quality stuff.”

As for what the pair are up to nowadays, their schedules look busier than ever as the duo not only continue in voice acting, but also their passion for their fans and the gaming community.

“We have a lot of exciting things in the works. We’re working on two other video games, one is called Lunafon: Tales of the Moon Oak, and it’s a hand-painted 2D animation game based on Welsh mythology,” says Amelia.

And if they could play a role in any of their favourite video games or series?

“Y’know, I loved Life is Strange, I had such a strong emotional journey playing that game and I’d love to get to be a part of one of those games so somewhere in there,” gushes Amelia.

“I’d love to be in a Star Wars game, if you could let them know,” laughs Bryan. “I’ll be a Sith, I’ll be a Jedi, whatever. Y’know, I absolutely love Star Wars so for me the dream role is even like a Stormtrooper who gets blown away like whatever. Something!”

The exciting thing about Bryan and Amelia is that they aren’t just the face and voices for games – they’re also huge gamers themselves.

“We got Platinum! We did four full playthroughs, we did our blind playthrough which I call Blue Connor, Red Connor was Machine Connor making all the non-empathetic choices. Green Connor is super empathetic, and then we did the ‘I’ll be back’ trophy where you kill Connor every possible way, and then we had to do a couple bits and pieces, y’know, find the magazines, to unlock all the final trophies.”

With so many different choices and endings for each character in Detroit, I wanted to know which ending the pair consider to be canon. Funnily enough, they both agreed on one ending in particular.

“Oh man. For me, Connor Deviating and his relationship with Hank being strong enough that they meet up again at the end and hug. That’s my canon ending.”

Both Bryan and Amelia are also hosting a very cool Dungeons and Dragons campaign over on their Twitch channel, DechartGames, which they’ve called The Golden Spiral.

“We’ll be inviting a lot of our voice actor friends…Anjali [Bhimani] who plays Symmetra and Carolina Ravassa who plays Sombra in Overwatch are gonna be two of our campaign adventurers and it’s gonna be an interactive campaign so that our viewing audience can also play the games with us in a passive way.”

Check out the interview in full in the video below!