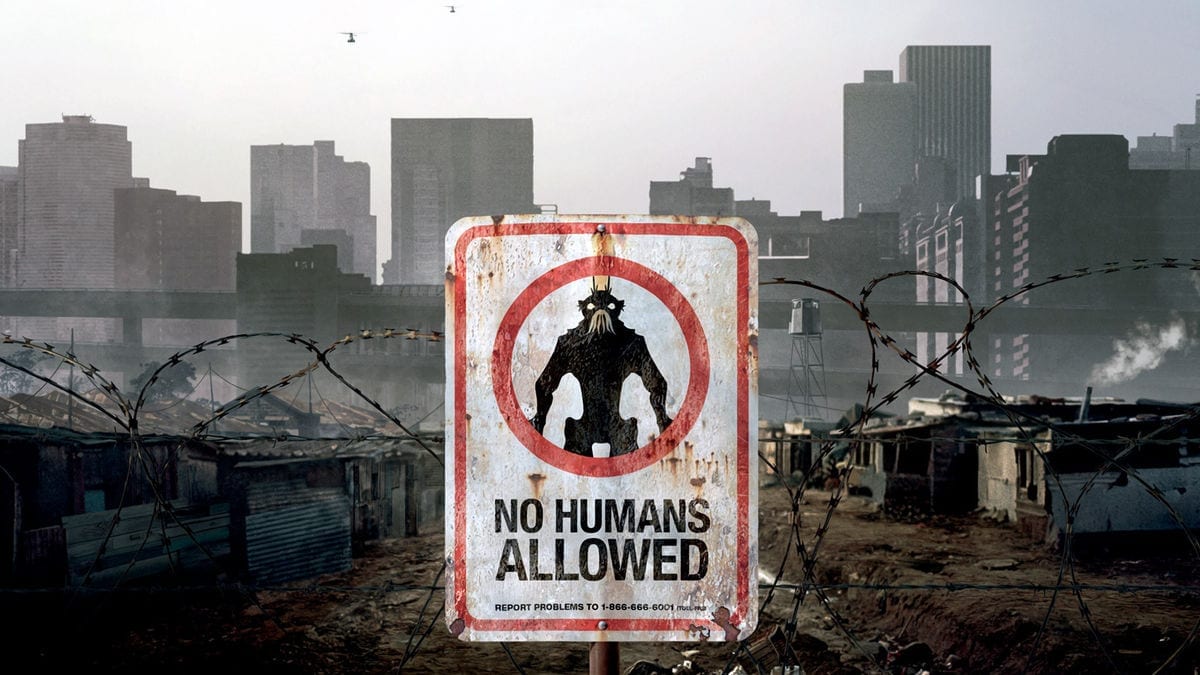 A sequel to 2009’s District 9 is currently being written, according to a tweet by director Neill Blomkamp.

The director made the announcement via Twitter, which reveals the sequel’s title and some of the names involved in the writing process [via Empire]:

“District 10 screenplay also being written by @sharlto @territatchell and I. Its coming…” said Blomkamp.

In case you’ve forgotten, District 9 is a found footage film that follows the story of aliens stranded on earth. Referred to as “prawns”, the aliens are mistreated and kept in refugee camps, away from the rest of society.

The film takes the guise of a documentary, following the day-to-day activities of Wikus van de Merwe, a member of Multi-national United. The MNU is a corrupt organisation responsible for the incarceration of the aliens within the camp, as well as its awful conditions. It doesn’t take long for this pseudo-documentary to take a turn for the strange, with Wikus kickstarting a chain of events that’s better seen on-screen than read here.

District 9 was a resounding success. Produced by Tristar Pictures, Block/Hanson and WingNut Films, the film managed to bring in $211 million worldwide. The film also received four academy award nominations, which included best picture and original screenplay. During a Reddit AMA in 2017, Blomkamp provided a reason for why a sequel hadn’t been previously announced [via Variety]:

“I want to go back to that world and tell rest of the story with Wikus and Christopher. The issue right now is that I have many other projects and ideas that I also want to work on and complete…..and most importantly, the exact right REASON to make District 10 needs be very clear. The first film was based so explicitly on real themes and topics from South Africa that effected [sic] me greatly growing up there, that we need to make sure the next film does not forget that.”

Now that District 10 is being written, Blomkamp must have found a reason to return to the sci-fi drama after all.

Sadly, we likely still have a long wait ahead of us. From the sounds of things, the movie is very early in development, and we still have the global pandemic putting the brakes on many productions. Still, at least we know it’s coming!

Hopefully, we’ll hear more about District 10’s development in the near future. Until then, we can re-watch District 9!

Are you looking forward to the District 9 sequel? Let us know across our social media channels!