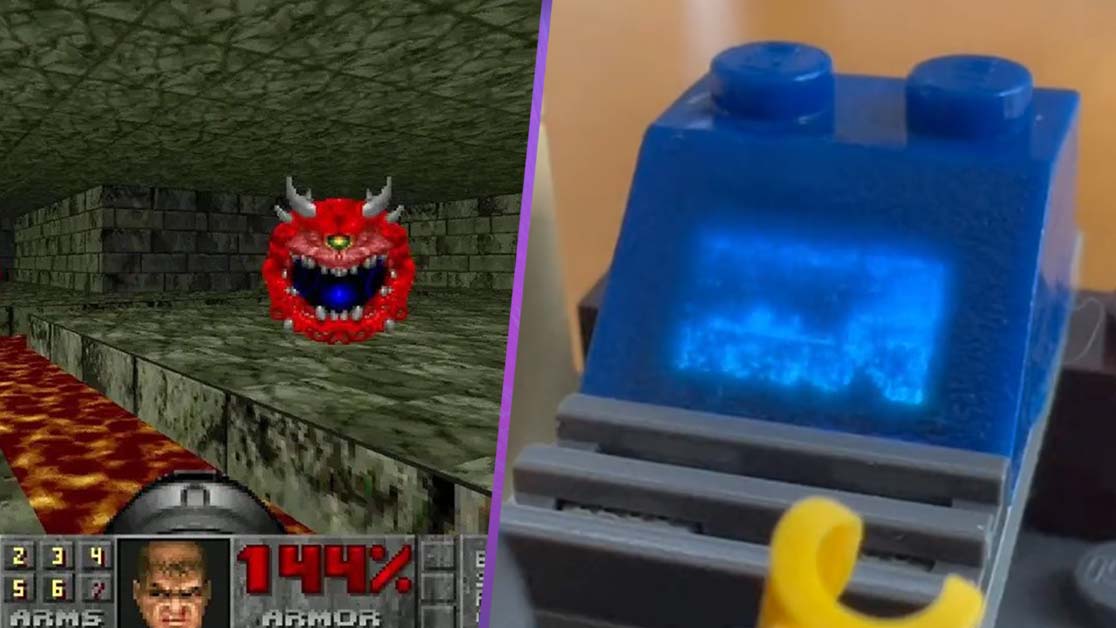 Someone has somehow managed to port the classic FPS game DOOM to a LEGO brick, we kid you not. No, this isn’t an April Fools.

The original DOOM was released way back in 1993 and it quickly became one of the most iconic games of all time. It has also been released on countless platforms, putting even the likes of Skyrim and Resident Evil 4 to shame.

Skyrim on a fridge?!

Over the years, we’ve seen The Elder Scrolls 5: Skyrim ported to a variety of platforms including a Fridge and Amazon Alexa. Seriously, we’re not joking. However, a port of DOOM to a LEGO brick is one that we never saw coming.

“I wired the brick up as a very small external monitor, so you can, for instance, play Doom on it,” said Twitter user James Brown (not the singer).

DOOM running on the LEGO brick is quite difficult to see with a resolution of 72×40. However, if you’re familiar with the game, you should just be able to see the game running. Sure, it might be near impossible to play DOOM in this way, but it’s no less impressive.

Will Skyrim step up to the challenge?

So, will this ignite Skyrim to step up to the challenge and port the RPG on something even weirder than a LEGO brick? I’m not sure a LEGO brick can be topped. However, I’d love to see the inception of Skyrim ported in Skyrim! Unless that’s been done already.

Are you impressed with DOOM being ported to a LEGO brick? Let us know across our social media channels.

Oh, and as the LEGO brick had no sound effects, here’s the classic DOOM theme, just because it’s awesome to listen to.