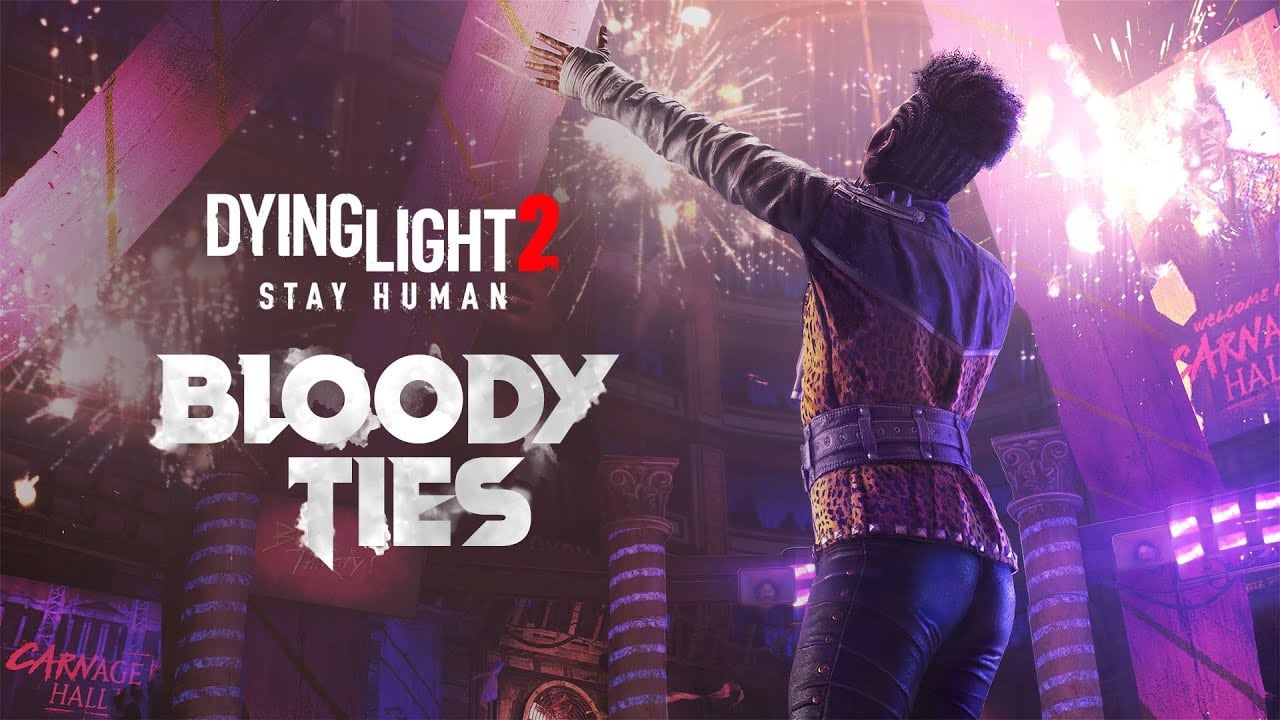 A new story DLC for Dying Light 2: Stay Human has been unveiled, and it’s coming later this year.

Dying Light 2 was released in February 2022, and fans have been awaiting a new story DLC for the game. Now, we finally have confirmation of what that’ll look like with the new Bloody Ties story DLC.

The DLC was revealed during Opening Night Live at Gamescom 2022. It’s available on PC, Xbox and PlayStation platforms on October 13th.

The DLC sees players embarking on a brand new adventure in a new location, the Carnage Hall. It’s an old opera building filled with all kinds of characters and quests to undertake. A trailer for the DLC shows off a vibrant bunch of characters performing tricks and fighting in the arena – you can check out the trailer below.

A press release for the DLC reads “In Bloody Ties, players will embark on a new story adventure. You will reach the epicentre of death, wealth and absolute splendour in a stunning location; The Carnage Hall. This old opera building is full of challenges and quests, surprising new weapon types, character interactions, and discoveries to uncover.”

It definitely looks like a chaotic expansion. However, it’s unclear if there’s more to explore outside of the Carnage Hall itself.

In addition, players can download a new community update for Dying Light 2: Stay Human. This update adds various improvements to the game based on player feedback.

Some of the changes include improved behaviour of infected at night and in fights, an increased number of special infected, a distance tracker, and various technical fixes. There’s also the “E3 2019 colour grading presets”.

Players can also pre-order the DLC to get access to the Aristocrat Pack. This exclusive pack has a unique weapon and outfit available, shown at the end of the trailer.