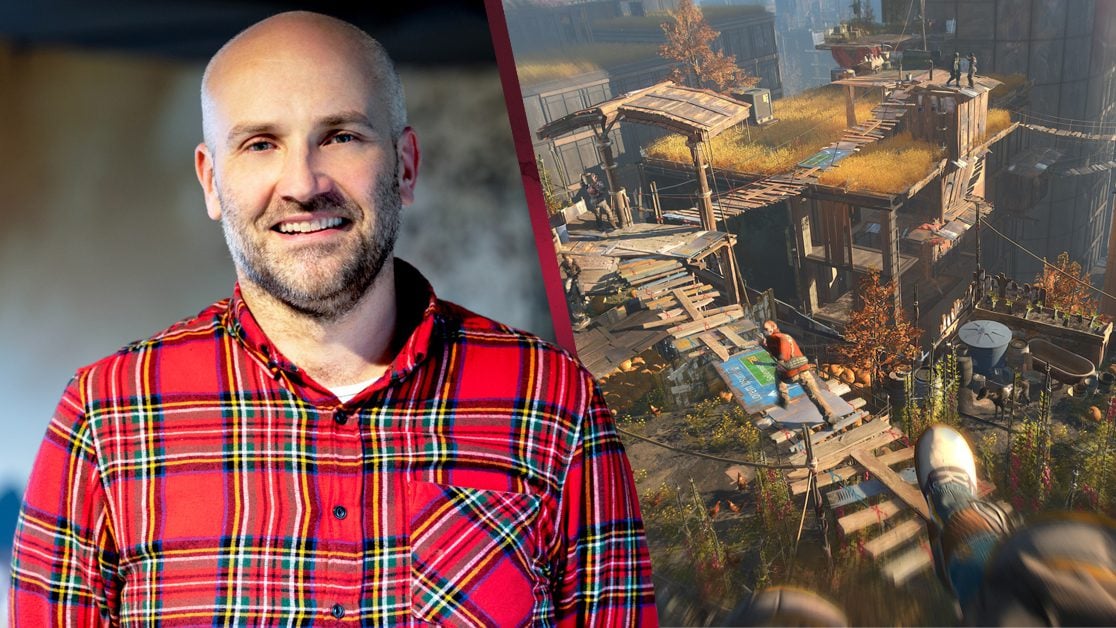 Thanks to Digital Dragons 2022, GameByte has secured some great and exclusive content for our readers. One of these original features is an access all areas interview with the lead game designer of Dying Light 2, Tymon Smektała.

Spoiler alert, he’s an absolute delight to talk to. So much so that we wrote the full interview down for Techland fans to pour over. Let’s not waste any time, and let’s get straight into it:

GameByte: For our readers that may not know, who are you, and can you explain a bit about what your role is at Techland?

GB: We enjoyed your talk regarding tips, insights and methods used during the development of Dying Light 2: Stay Human. But generally, what’s the secret to your success?

TS: “I just love getting into new stuff. I’m a person interested in many things, so that’s my life adventure. It’s hard to pinpoint as most of my work was simply opportunities I took an interest in and followed.

“It seemed I was good enough at those things to continue for some time. I’ve always been a gamer, then I got into music, so I experimented. I was quite good at Economics at University, which led to opportunities in public relations, thanks to my professor. A sector that was just starting to grow in Poland at the time.

“I’ve managed to achieve something in the three avenues in my life. Out of hip-hop music, gaming and public relations, I always say making games is the best thing someone can do on this planet.”

GB: You mentioned growing Techland from a garage company. What are the major challenges in growing IP alongside a studio?

TS: “It’s a process that’s been hard to see behind the scenes because we’re lucky enough to see our success grow organically. We’ve also been making games since 1999, and so many things have happened over two decades.

“There have been a lot of challenges to overcome. From our perspective, it’s hard to point out specific challenges. We experienced rapid growth, but we gave ourselves time to make necessary changes and adapt.

“In terms of IP, we’ve seen the most growth with Dying Light. It’s hard to point out a single fundamental shift in our growth; it just happened organically. However, we found stability and grew our confidence as developers alongside more space, resources and knowledge. We used this evolution to take on bigger projects such as Dying Light II: Stay Human.”

GB: Speaking of evolution, Techland is enjoying 500K monthly active users and a 25% side quest completion rate in Dying Light, which is amazing – What mechanics or action keep people hooked?

TS: “Post-launch support is a factor, not that we put a lot of thought into it being a business model or anything. It was just something we decided to take on as the game grew.

“We feel this is key to the success of Dying Light. We’re talking about six years of quality content support which kept the game’s value and people’s interests.”

GB: Your job is to turn creative ideas into gameplay, which is possibly one of the coolest jobs on the planet. Where do you even begin when filtering these ideas into something that resembles a compelling game?

TS: “We use a few methods with a lean towards being heavily data-driven. For example, we’ll group and rate ideas according to how feasible they are, as in the time needed to deliver them.

“How the idea will fit into the game and compares it to other existing elements is also important. We mostly want ideas in our games that get our team excited and players. How will this idea enrich and add to the gameplay experience? for example.

“This process culminates into a matrix of ideas and notes that cross over. We’ll then make our final decision on what works best overall. Also, when working on a franchise for over seven years, we start to get a feel of its identity and what will work.

“Even crazy ideas need a rating, but we have the right people who are responsible for things such as gameplay and narrative. They are masters in their respective fields at this point, so picking up on new ideas that fit the IP is easy for them.”

GB: That leads nicely into our next question, Tymon. When improving gameplay for a sequel, your process is to choose a content area, define goals, aim for improvements for the player, and assess change risks. Has this approach always worked for you?

TS: “Of course, we have made mistakes in the past, with I touched on during my talk, but I wanted to focus on the positives. I did, however, touch on some creative directions that weren’t best for us and which we backed out of.

“This is moving back to your previous question, but our communication and relationship with the Dying Light community. It’s an honest and open relationship based on listening to the feedback we see on social media and other online outlets. It’s key data that helps make the game what it is.

“What is the most requested feature? What new features do people want? We treasure this kind of data a lot, and we started taking this on board when we released Dying Light several years ago.

“The games media didn’t pay as much attention at first. We were yet another average 7/10 titles, but our confidence game from the growing community reaction to it also is largely responsible for our success.

“They recommended Dying Light to their friends and served as ambassadors without realising it. Supporting Dying Light several years after release is our way of saying thank you to our community.

“So that’s how our community approach started, and then it was back and forth with ideas and delivering on what the community wanted. I think people respect that kind of transparency and honesty from us.”

GB: It’s refreshing to see how honest you and Techland are with what worked and what didn’t in the original Dying Light. Are there any features and optimisations left on the cutting room floor?

TS: “Of course, they’re things like this that we haven’t shown before. For example, we get asked about the harpoon weapon we showed off at an E3 reveal. People want that in the game, but it doesn’t add anything to the overall gameplay. It’s more of a distraction than a one-time fun moment.

“The main thing to remember, and we have told our community this, is that every addition to the game is a complex resource that news to be taken on. If it’s not adding to the game somehow, then maybe it’s best to leave it out.

“We could go back to said ideas later, but we are focused on precision and success when shipping. Unfortunately, we can’t let our ideas go wild; every addition and mechanic has to make sense.

“There are ideas that were left on the cutting room floor that we will revisit, but it’s important to remember that the majority of the content was cut for a reason in the first place.

“There’s alphas and other project mechanics that didn’t make the cut that we can revisit down the line to make work for extra content. However, we’ll be sure to put that extra effort and resources into it to make sure the content fits the game when released.”

Click over to the next page to continue reading our Dying Light 2 interview!