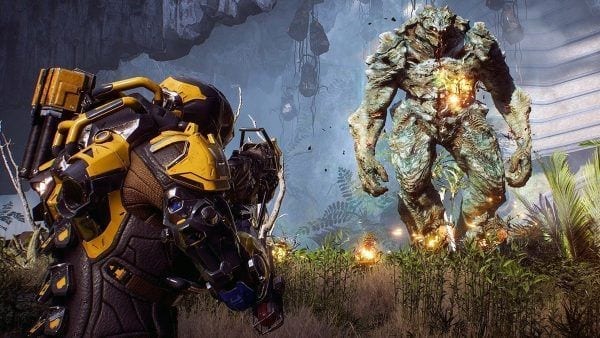 Bioware’s 2019 online RPG Anthem has been officially cancelled, according to a blog on the dev’s official website.

Published by EA, this disappointing RPG had something of a rough start in life, not too dissimilar to the likes of Cyberpunk 2077. Despite being bug-ridden and mechanically flawed, it was set to redeem itself with a series of updates dubbed “Anthem Next”. As part of an update regarding the game’s future, we now know that Anthem’s further development has been cancelled.

What Did the Developers Say About Anthem Next?

Here’s what Bioware’s Christian Dailey had to say in the announcement:

“In the spirit of transparency and closure, we wanted to share that we’ve made the difficult decision to stop our new development work on Anthem (aka Anthem NEXT). We will, however, continue to keep the Anthem live service running as it exists today.”

Rumours of Anthem’s cancellation emerged earlier this month. These rumours circulated based on reports that EA executives would decide the game’s fate. The cancellation announcement also addresses Anthem’s dedicated fanbase, many of which had been eagerly awaiting future updates:

“I know this will be disappointing to the community of Anthem players who have been excited to see the improvements we’ve been working on. It’s also disappointing for the team who were doing brilliant work. And for me personally, Anthem is what brought me to BioWare, and the last two years have been some of the most challenging and rewarding experiences of my career.”

What Will Anthem Fans Do Now?

The decision won’t shut down Anthem entirely, only its further development. This means that while the game will remain playable as a live service, no new content will be coming to the game. The Anthem Next team will be moved to projects like Dragon Age 4.

Dailey finished off the update, proclaiming that “Game development is hard” and that “Decisions like these are not easy”. The heartfelt blogpost also thanked fans, who have stood by the game despite its failings:

“To the Anthem community, thank you for your passion and creativity. Your feedback and suggestions most certainly help shape the team’s direction, and on a personal note, your kindness and encouragement were much needed last year.”

“Please stay safe and be kind to each other. Strong alone, stronger together.”

Fans will be happy to know that Anthem will be kept alive as a live service. So who knows? Maybe we’ll see something related to the IP in the future. However, until then, it looks like this game will be sitting amongst EA’s legacy of retired and cancelled titles.