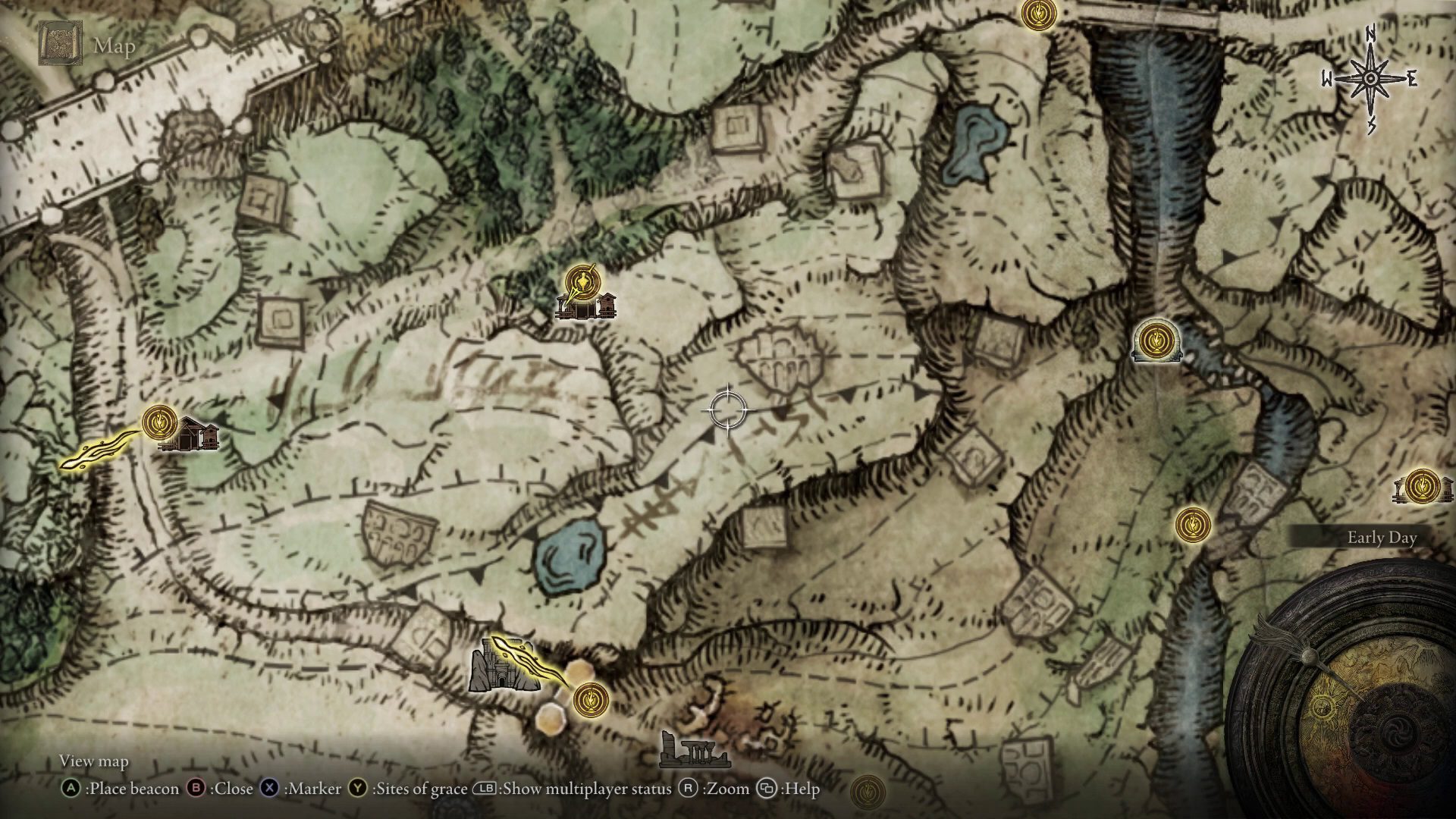 Where are the best rune farming spots in Elden Ring? Runes are the bread and butter of the entire game’s economy. You’ll use them to level up, purchase items, access new areas, and much more.

They’re a lifeline in getting stronger and better at the game. However, runes are also slow to come by if you’re playing normally. You might want a little boost. Farming for runes is a completely valid way to play, simply offering a shortcut to getting more powerful upgrades later on. If you need a tip on the best rune farming spots in Elden Ring, check out our guide below!

This method is a very decent strategy for farming runes in the early game. It’s located in Stormhill, an area available to you from the beginning. It involves killing four trolls in a rather cheeky way, with each kill rewarding you with 1,000 runes each. This makes it a very good way to accrue a lot of runes very early on.

For this, you want to start at the Warmaster’s Shack Site of Grace in Stormhill. From there, call Torrent and head directly south until you’re in a large clearing with four giant trolls wandering the area. You’ll know if you’re in the right location when you see one troll sitting down just to your left.

Here, you want to aggro each of the four trolls to get them to start chasing you. Make sure you keep pressing the charge button on Torrent to keep up your speed and maintain a comfortable distance from the trolls. Once you’ve got them hot on your tail, start circling them in this wide clearing. Within a minute or so, each of the trolls will be grouped together as you circle them. It’s a bit like sheep herding. They’ll try to attack you but end up killing each other in the process. When all four are dead, reset the location by resting at the Site of Grace again.

Carian Study Hall is located in Liurnia of the Lakes and is another decent spot to farm runes. From the Site of Grace inside the entrance, head round the back of the room and up the elevator. When you reach the top, hang left and go up the stairs.

Ghostly spirits will be summoned once you start ascending the tower. Each kill will give you 223 runes each, with a total of about 5,000 runes earned per run. Once you’ve reached the very top of the tower, which is a circular balcony spreading across the entire room, head back down to the bottom and reset the area at the Site of Grace.

There does come one huge caveat though. This place also has an enemy in it that is capable of one-shotting you. He’ll attack you and further retreat into the Study Hall. This enemy is tough to beat if you’re a melee character, and only dodging his elemental attacks is the best way to kill him. The good news is, this guy doesn’t respawn after resetting the area, allowing you to farm runes here to your heart’s content once he’s out of the way.

At the very north of Altus Plateau, you’ll find a Site of Grace in a place called Dominula, Windmill Village. This location is pretty creepy, featuring lots of villagers dancing around a wrecked village seemingly unaware of the state of the world around them.

From the Site of Grace, head up the steps and kill the first three villagers on your right. Then go further up and kill the large dancing group here. If your weapon is strong enough, they should die in 3-4 hits each. They’re quite tough, but easily manageable if you have a good weapon for crowd control, such as two-handing the Twinblade. Once you’ve killed them all, head back down to the Site of Grace and rest there to reset the area.

These villagers will give you 279 runes per kill. Killing them all here will give you gains of just under 3,500 and you can complete it within 60-90 seconds.

After beating Draconic Tree Sentinel and entering the capital city of Leyndell, you’ll find a Site of Grace called East Capital Rampart. From here, head forward outside and veer left. You’ll find some enemies dressed in white use trumpets to inflict Holy damage (yeah, I don’t know either). Killing each of these gives you 368 runes per kill, with the larger one granting 606 runes.

A bit further forward you’ll find a giant creature that blows fire at you, but if you’re quick enough you can get behind him. Perform a heavy attack on his rear end to stun him, and a couple more hits should finish him off. His death grants you 3332 runes. Now head inside and kill the guy with the crossbow. He’s a really tough and agile enemy, so save your most powerful attacks for this guy. We recommend using the heavy Unsheathe attack with the Uchigatana, which brings him down to a quarter health depending on your damage level.

Now head downstairs and head right out the door. You’ll find more of those white-clothed trumpet creatures. Kill them and head forward, up the stairs and into the room on your right. There’s another crossbow guy immediately to your left, so finally dispose of him. Leave the room through the other door and head upstairs to find you’re back where that big fire creature was earlier.

Head back to the Site of Grace and repeat. If you’re fast and powerful enough, which you should be at this point in the game, you can get 10,000 runes in around two-and-a-half to 3 minutes.