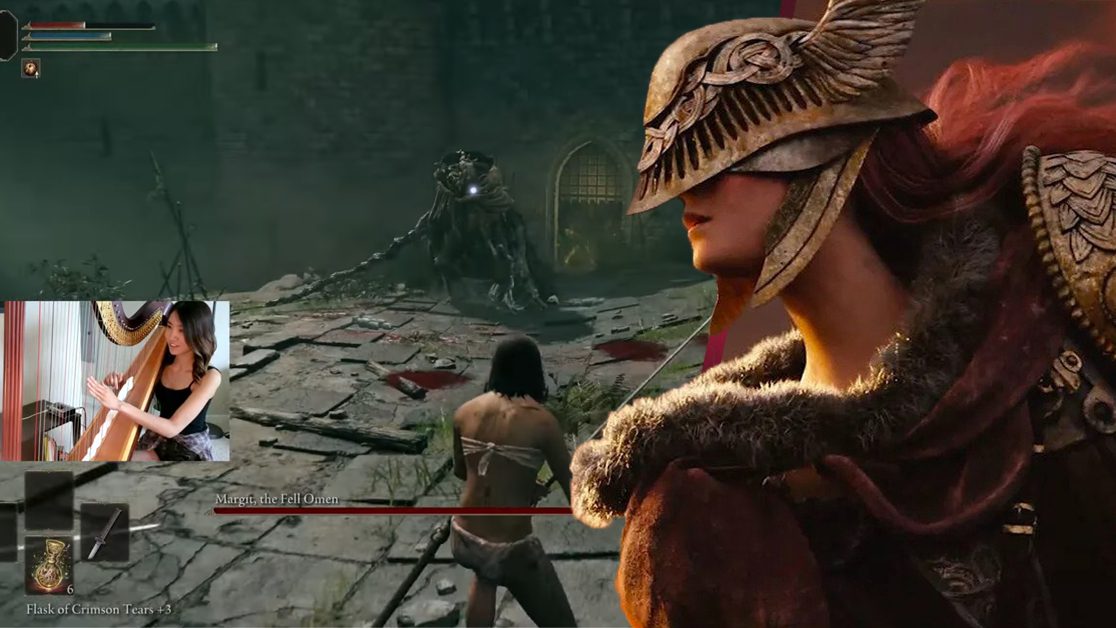 There are plenty of ways to play Elden Ring, but doing so with a harp is perhaps the coolest method of all.

As any good player will know, there’s no one right way to play Elden Ring. You might get through the game playing it as more-or-less intended. Or perhaps you’re something of a masochist and you play the whole thing without taking a single hit.

Alternatively, you could be an award-winning harpist who manages to defeat Margit by playing the game through a harp. Yes, you’re reading that correctly, a harp. Admittedly, it doesn’t sound like a beautiful piece of music, but it certainly is cool as hell.

The harpist in question Anne Ellsworth, as reported by Kotaku, is in fact an award winning harpist. Ellsworth has been playing the harp for 15 years, and has a Bachelor’s and Master’s degree in Harp Performance. So you know the skill is there.

Ellsworth shared a video on YouTube of her accomplishing the feat of taking down Margit the Fell Omen. And it is absolutely a sight to behold. Though as we said, a musical masterpiece it is not.

Speaking to Kotaku, Ellsworth said that she’s “definitely planning” on beating Elden Ring using her harp. “I’d love to at least beat all the story bosses with the harp,” said Ellsworth. “It would be great if I could travel through the world with it as well, but if it gets too frustrating, I might resort to a controller at some points.

Explaining why she decided to take on this challenge, Ellsworth explained “Playing with my harp adds a whole new challenge for obvious reasons and it forces me to earn each victory since I die a lot more easily.

“Plus, to be honest, the majority of my gaming experience has been with FromSoft so in a way, it seemed like playing their titles with a harp would be easier than any other games.”

It’s an incredibly impressive display of skill. And we’re certainly rooting for Ellsworth to beat the rest of the bosses.