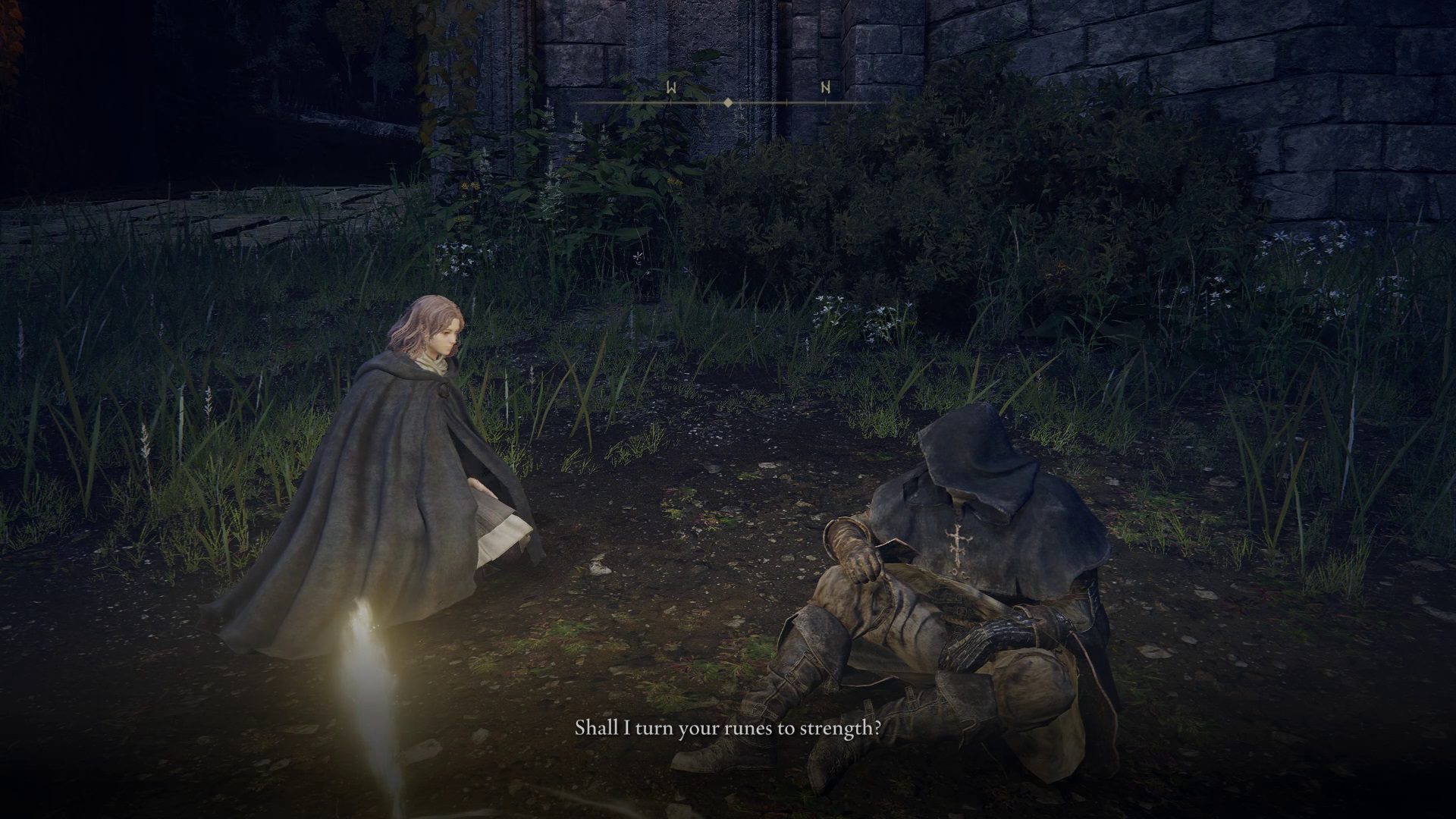 Levelling up using runes in Elden Ring can be quite an intimidating process. You’ve got quite a lot of stats to work with, and each attribute affects how your character interacts with the world. This includes combat, magic, movement and many other things. If you need a hand in levelling your character, including how to level up and where to pour your runes into, check out our guide for this below.

ELDEN RING: RUNES AND HOW TO LEVEL UP

First thing’s first, you need to know how to level up in Elden Ring. In order to do this you need runes, which are points accumulated from defeating enemies or finding items in the world. Runes can also be spent on purchasing items from merchants, but here we want to use them to level up our attributes. If you die, you’ll also lose all the runes you’re carrying on your person, but the game gives you one chance after respawning to get them back.

Defeating any enemy will reward you with runes, with easier foes giving smaller gains compared to larger enemies and bosses. You will also find consumable items in the world which you can use to gain a set amount of runes. It’s worth holding onto these items until you need them though, as you don’t lose them when you die.

You can start levelling up relatively early on, after the prologue has been cleared and you’ve created your character, you’ll soon meet with Melina. You first meet her after resting at a few Sites of Grace in the beginning of the game. Once you’ve made your acquaintance, she’ll appear at any Site of Grace that you rest at and be able to level your stats.

THE LEVEL UP SCREEN AND ATTRIBUTE POINTS EXPLAINED

When you’re resting at a Site of Grace and wish to spend runes to increase your stats, select Level Up from the Site of Grace screen. This opens a new submenu with all your stats available to see. This includes your base stats, such as HP, FP and Stamina, as well as other stats like damage, resistances and defense power.

Each time you level up, you can put a single point into one of eight attributes. Each one will increase specific stats in certain ways. Some stats will go up higher than others, such as HP, while others may not budge at all until you’ve put a considerable number of points into them. The more you level up, the higher the runes requirement needed to put another point into a stat.

Here are the eight attributes in Elden Ring:

Those are each of the attributes available to you. Read on if you’d like to know which stats in Elden Ring we recommend you increase using these runes.

WHICH STATS TO LEVEL UP

Depending on your playstyle, you may want to focus on levelling up different attributes. The two stats we’d recommend always passively upgrading is Vigor and Endurance, the former will increase your health and allow you to withstand more damage, while the latter increases your stamina allowing you to attack for longer without a cooldown.

If you’re using melee-based weapons, you’ll also want to focus on upgrading either Strength or Dexterity (or both depending on the build). Make sure you check which weapons you plan on using for your build, as each one will be affected by one or both of these stats. For some weapons, you’ll need to hit a minimum level requirement in order to even equip it effectively.

And if you’re using magic; either sorceries or incantations, then Intelligence, Faith and Arcane will be how you roll. Each of these skills act as a prerequisite for equipping certain spells, but increasing their stats will also enhance their damage. So if you’re a magic caster, definitely invest in these stats.