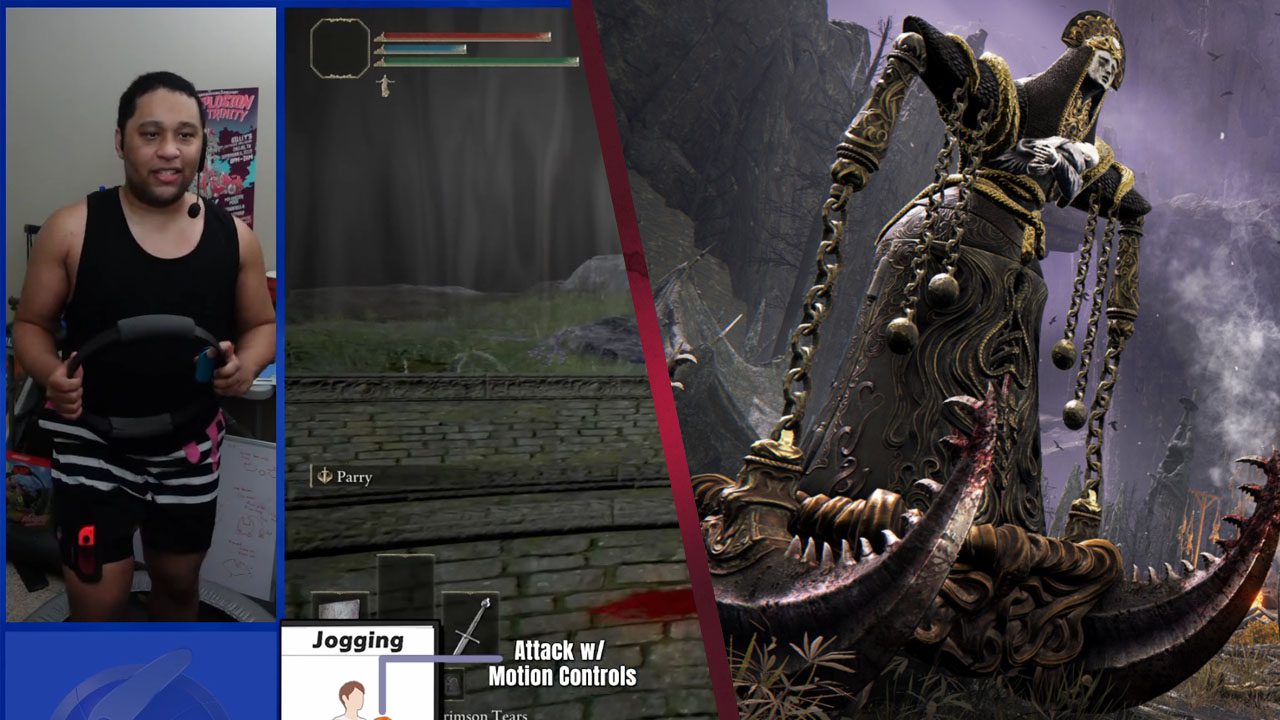 A streamer has beaten an Elden Ring boss first try, all while using a modded Ring Fit controller.

The game hasn’t even been out a week yet and already people are doing wild things in Elden Ring. But easily one of the best things we’ve seen is streamer SuperLouis64 beating one of the bosses in Elden Ring on his first try, using a modded Ring Fit controller he made himself.

The boss in question is Bloodhound Knight Darriwil, an optional boss that moves incredibly quickly. Not only that, but Darriwil’s weapon causes blood loss, which after enough hits causes you to lose a big chunk of health. So SuperLouis64 beating this boss first try is an incredibly impressive feat. You can watch SuperLouis64 achieve the accomplishment in the clip below, but if you want to watch the full fight you can head to his Twitch.

This isn’t the first time that SuperLouis64 has done something ridiculous in a game using Ring Fit where the game isn’t Ring Fit. Last year, he ran across the entire Final Fantasy XIV map using the modded controller. If you’ve ever spent any time in Eorzea, you’ll know that it isn’t exactly a small map. After all, it is an MMO, so the scale of the game is part of the point of it.

Not only that, SuperLouis64 has played Dark Souls using bananas, and Call of Duty using Donkey Kong bongos. It’s probably safe to say that this isn’t the last time we’ll see the streamer doing something impressive with strange controllers.