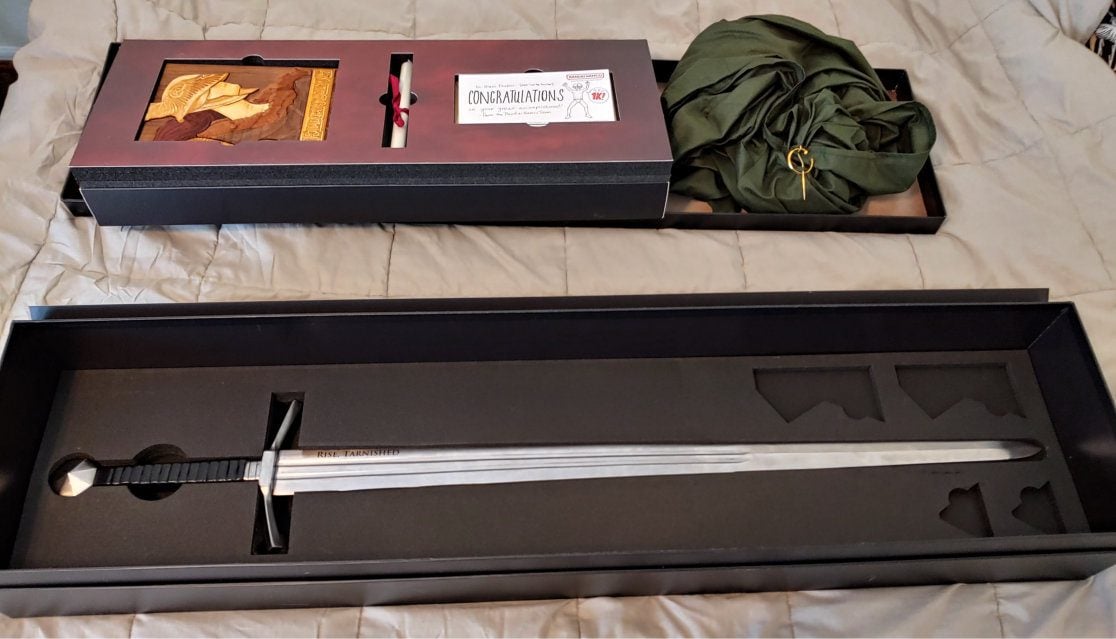 Legendary Elden Ring player “Let Me Solo Her” has been gifted with a real sword from Bandai Namco for their contributions to the game.

Let Me Solo Her is popular within the Elden Ring community that helps players defeat Malenia in the game. It is said that this player has assisted players in defeating Malenia over a thousand times.

Known as Klein Tsuboi on Twitter, they shared images of the wonderful gift from Bandai Namco. The gift came with an engraved sword which read “Rise, Tarnished”. It also came with a map scroll, and a wooden plaque with the message “Congratulations on your great accomplishment”.

A fitting gift for the popular Tarnished

“Thank you Bandai Namco and Elden Ring for giving me this gift and congratulating me for being Let Me Solo Her,” tweeted Tsuboi. “I can still remember my first experience with the Soulsborne series and almost quitting because of Iudex Gundyr in Dark Souls 3”.

“I’m glad I persisted and went on to enjoy the game, because this community is one of the most passionate and dedicated people I’ve ever seen in a game, and I’m proud to be a part of it.”

If you’ve never encountered Let Me Solo Her before, this player is quite hard to miss. Found as a summon for Malenia, Let Me Solo Her is an avatar that wears just pants and a large pot on its head.

Finally, if there’s one player that deserves this awesome reward within the Elden Ring community, it’s Klein Tsuboi. Congratulations.

Elden Ring is available now for PC, PlayStation and Xbox. You can buy Elden Ring from £49.95.

Featured Image Credit: Let Me Solo Her via Twitter