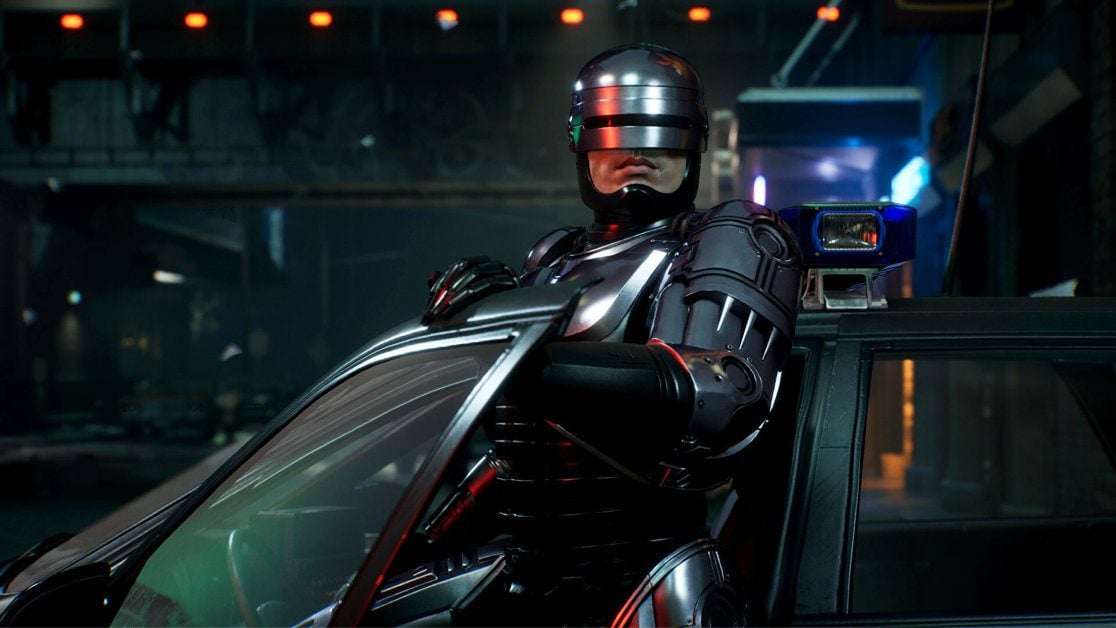 The Robocop: Rogue City gameplay trailer is finally here, and to our surprise, it looks quite good. However, we won’t get too excited.

In the gameplay trailer, we see the crime-riddled Detroit on the brink of ruin. The poor and rich are more divided than ever in this dystopian corporate America.

Rogue City is based on the original movies

The Detroit Police Department is losing control and the untrustworthy OCP is looking to take advantage of the chaos. Thankfully, Robocop, part man, part machine is here to serve justice on the mean streets. Dead or alive, he’s taking you in!

Based on the cult movie from 1987: “RoboCop: Rogue City will combine first-person shooter gameplay with exploration of Detroit and multiple-choice dialogue,” reads the press release.

Before watching this debut gameplay trailer for Robocop: Rogue City, I was very sceptical. After all, this game is developed by Teyon, the same studio that brought us Rambo: The Video Game of 2014.

Thankfully, Teyon’s work did improve with Terminator: Resistance. Sure it wasn’t a great game. However, it was clearly made with love of the Terminator franchise and was a step in the right direction.

In the gameplay trailer, we saw Robocop dishing out his brand of justice, OCP worrying about its corporate greed as well as an encounter with the menacing ED-209. Furthermore, we also see Peter Weller reprising his role as Robocop aka Alex Murphy.

What are your thoughts on the Robocop gameplay trailer? Let us know across our social media channels.

Robocop: Rogue City will release for PC, PS5, Xbox Series X|S as well as the Nintendo Switch in June 2023.