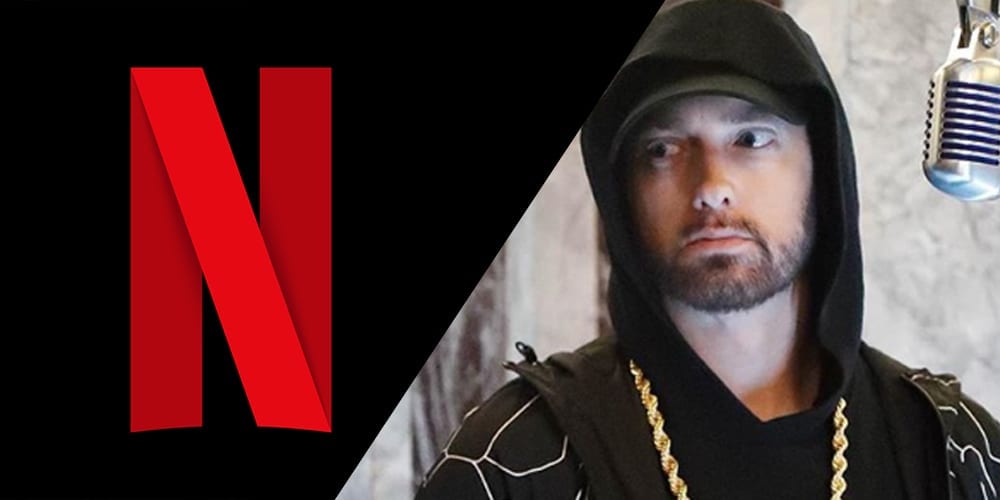 Rap artist Eminem is not happy with Netflix and has lashed out against the streaming giant following the recent cancellation of its Marvel TV shows.

While Netflix was once full to bursting with Daredevil, Jessica Jones, Luke Cage, Iron Fist, The Punisher, and The Defenders, Netflix it’s now a bit of a barren place. The fury of the fans was enough to contend with, but now Marshall Bruce Mathers III is kicking off at Netflix.

Jon Bernthal’s Frank Castle debuted in Season 2 of Daredevil before getting his own spin-off in 2017. Although The Punisher limped through to a second season, the character still has a massive fanbase — apparently including Eminem. Posting on Twitter, Mathers accused Netflix of “blowing it”.

REGARDING YOUR CANCELLATION OF THE PUNISHER, YOU ARE BLOWING IT!!

It seems that Eminem is a big of a superhero fan. You might remember that he surprised us all last year by performing the title track on Sony’s Venom. With the Punisher being as brutal and brooding as Mathers himself, it’s no surprise he can relate to the character. After Eminem’s social media outburst, the Twitterverse soon shared its own opinions.

Dear Netflix, I wrote to you but you still ain’t calling …

Netflix held its own Game of Thrones-inspired Red Wedding when it pulled the plug on Daredevil, Iron Fist, and Luke Cage. It looked increasingly likely that both The Punisher and Jessica Jones would go the same way. Sadly, even the might of Mathers won’t be enough to bring Frank Castle to Netflix.

With the new Dinsey+ service bringing the various Marvel threads under one umbrella, the shows have been cancelled on Netflix and have an uncertain future. Even if Disney+ wants to bring back the likes of Daredevil with Charlie Cox as the lead, Netflix’s contract means it can’t happen for at least two years.

Elsewhere, various sources hint that all the cancelled shows could find a new lease of life on something like Hulu. The more adult streaming service recently announced a series of adult cartoons based on Marvel characters like Howard the Duck.

It looks increasingly likely that Disney+ will focus on the studio’s family-friendly shows while Hulu will take charge of the more risque offerings. If/when The Punisher returns, we demand that Eminem gets a cameo in Season 3. Watch this space!