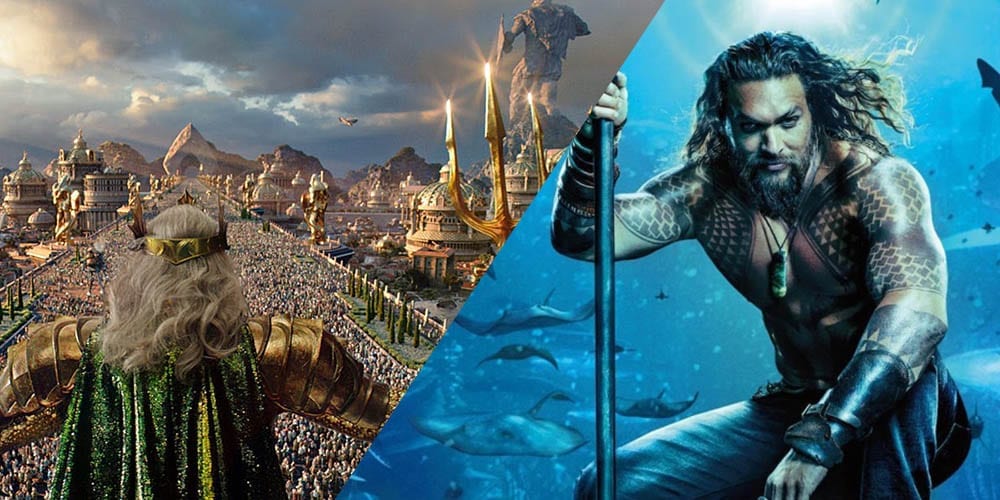 It’s a big ol’ ocean out there as James Wan hints that more Aquaman movies could be on the way. After Wan dipped his toe in the water with last year’s nautical adventure, the famed director plans to return to the briny deep for even more adventures set in the world of Arthur Curry.

With huge departures from the likes of Ben Affleck, Henry Cavill, and Zack Snyder, the DC Extended Universe is sinking to the bottom of the ocean quicker than Atlantis itself.

However, as Aquaman and Wonder Woman continue to hold the fort with their standalone movies, it looks increasingly likely Gal Gadot and Jason Momoa will get to lead their own individual universes.

The idea of an ACU (Aquaman Cinematic Universe) is one that Wan is keen to set sail into. When The Hollywood Reporter shared an article about the potential of the ACU, Wan responded on Twitter to make his feelings clear.

The 41-year-old explained how he’d always imagined Aquaman as the foundation to build a bigger franchise from. His tweet also highlighted the fact that the Seven Seas means there’s potential for a plethora of different stories.

Considering Wan’s previous credits include horror movies including Saw and Insidious alongside action outings like Furious 7, his varied CV makes him one of Hollywood’s hottest directors right now.

Only recently, Warner Bros. announced its out-there plans for an Aquaman spin-off focussing on the primordial Trench monsters featured in the first movie.

Wan is currently playing coy on whether he’s actually working on The Trench, but let’s remember how Warner Bros. has already built the ridiculously lucrative Conjuring Universe from Wan’s work.

Elsewhere, Aquaman skimmed over forgotten colonies the Deserters and the Lost Kingdom. These two alone have spin-off movie written all over them to expand the Aquaman mythology.

Even if fans shouldn’t start marking space in their cinematic diaries for multiple ACU movie releases each year to compete with the Marvel Cinematic Universe, it sounds like Wan has a vision for where we go next.

As it stands, Aquaman co-writer Johnson McGoldrick is back on board to write the script for Aquaman 2 as Warner Bros. attempts to reel Wan back for more.

Either way, it sounds like fans should put on their scuba gear and get ready to dive even deeper into the underwater world Wan created for Aquaman.