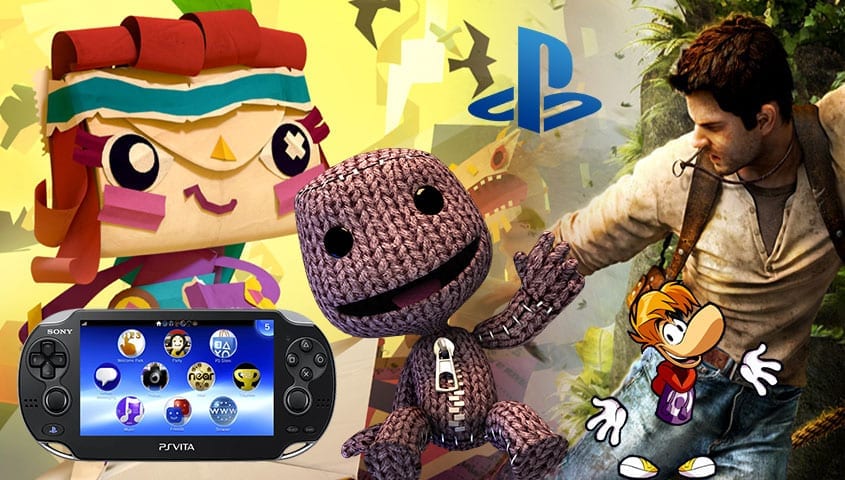 So, you want to buy a PlayStation Vita? Great! How hard can it be? Well, while picking the right Vita setup isn’t too strenuous, there’s a lot to consider. That’s why we’re here to help you tell your OLEDs from your LCDs, your phats from your slims and everything else in between. Here’s our guide to buying a PlayStation Vita!

Before we dive into the wonderful world of PlayStation Vita, you should consider what’s important to you when it comes to handheld gaming. If you’re looking for a digital experience, then you’ll want to consider the fact that the Vita’s storefront is set to close this year. It’s also worth mentioning that the Vita’s physical library is increasing in price, so collecting for the system could make your wallet significantly lighter. With that out of the way, let’s jump in!

The PlayStation Vita comes in three different form-factors, which all come with their own pros and cons. The original PlayStation Vita, also known as the phat model, released back in 2011 and is something of a showstopper. The device comes armed with a 5 inch OLED touchscreen, a quad-core ARM processor and 512MB of memory. The original Vita’s OLED display is what makes it one of the most unique handhelds of all time.

The self-illuminating tech used in an OLED display makes for a beautiful viewing experience. Colour replication is taken to another level, accompanied by higher refresh rates and power efficiency. The original Vita’s screen capabilities are just as impressive today as they were ten years ago. Screen technology has come a long way since 2011, with various smartphones now utilising similar OLED technology.

As wonderful as the original Vita is, it does come with a bunch of caveats. For one, the console is ten years old, so your mileage may vary when it comes to the preowned market. You should be prepared to deal with battery issues, cosmetic damage and any other quirks that come with ageing handheld hardware. The phat Vita’s charging port is another nuisance that may be hard to overlook. Sony opted to use a proprietary interface when designing the original Vita, which means you’ll be limited to using original Vita chargers and cables.

The Vita’s younger, slimmer sibling is a great option with minimal compromise. Released in 2014, the Vita Slim is 20% thinner and 15% lighter than its predecessor. While the device lacks the original Vita’s OLED screen, its replacement LCD panel is still more than capable of delivering excellent results. The revised model also includes 1GB of internal storage, meaning you’ll not have to go hunting for the Vita memory card straight away. Thankfully, Sony also ditched its proprietary charging port for micro-USB, meaning the device can be charged using a standard cable.

Sadly, unlike its predecessor, the PlayStation Portable, the Vita lacks TV connectivity. However, if playing Vita games on your TV is important to you, then you might want to check out the PlayStation TV. Also known as the VitaTV in Japan, the PSTV is a consolised version of Sony’s handheld, facilitating a PlayStation Vita experience on your TV. The device is also compatible with DualShock 3 and 4 controllers, which makes a nice change from the cramped nature of handheld consoles.

The PSTV has HDMI connectivity, ethernet, a USB Type-A port and a Vita memory card slot. Despite the consoles screenless, minimalistic appearance, it actually packs the same power as a standard Vita handheld. However, there is one massive flaw with the PSTV; it blocks some games from being played. While this can be circumvented with a relatively simple mod, Sony’s deliberately placed restrictions are a huge pain. While they’re mostly in place to avoid incompatibility issues when it comes to touch screen functions in games, finger gestures can be emulated natively using the DualShock’s thumbsticks.

It’s important to note that while each Vita model’s price is likely to fluctuate, implementing some best practice can help you get a good deal. If you’re shopping on eBay, try to resist pouncing on the first Buy it Now listing you come across. By filtering your search results to show newly added listings, you can potentially snag a good deal before any resellers or collectors.

Regularly checking local advertisements also comes with its benefits, as you’ll usually see Vita bundles being sold by those looking for a quick sale. Some polite bartering can go a long way, especially when it comes to saving a few pennies.

Going Digital – While You Can

If you’re considering buying a Vita device before the 27th of August 2021, then I’d highly recommend perusing the Vita’s digital storefront. The Vita has access to a plethora of PSP and PSone games, not to mention access to the soon to be forgotten PSminis library. If you can download and purchase these games before the store’s closure, you’ll be able to keep and redownload them in the future. This means that you won’t lose your games if you need to swap device.

Of course, downloading digital titles requires storage space, which means you’ll need a Vita memory card. Sony’s proprietary memory format is pricey, to say the least, with capacities beyond 32GB costing an astronomical amount. Lucky, various adapters allow micro SD cards to be used with the system, which means you’ll be able to get more storage space for less. However, there is a catch: memory card adapters for the Vita will only work if the system is modded.

Understandably, modding isn’t for everyone. However, modding your Vita can transform it into an extremely versatile device, especially when it comes to retro gaming. If you’re a fan of homebrew projects or emulation, then you’ll want to consider installing the likes of the Henkaku, a custom firmware created by Molecule. It is worth mentioning that if you do implement this mod, there’s a chance you could be banned from PlayStation’s online services. That being said, once the digital storefront closes the Vita will be essentially an offline device.

Admittedly, there’s a lot to consider when purchasing the PlayStation Vita. Yet, doing so will provide you with a worthwhile handheld experience. The Vita has stood the test of time, making it an impressive piece of kit even in 2021. Sony might be effectively retiring the console, but the Vita’s community is thriving. While the Vita’s storefront closure is somewhat of a loss, the console has a bright future ahead of it, which stands as a testament to its innovative design and passionate fanbase.