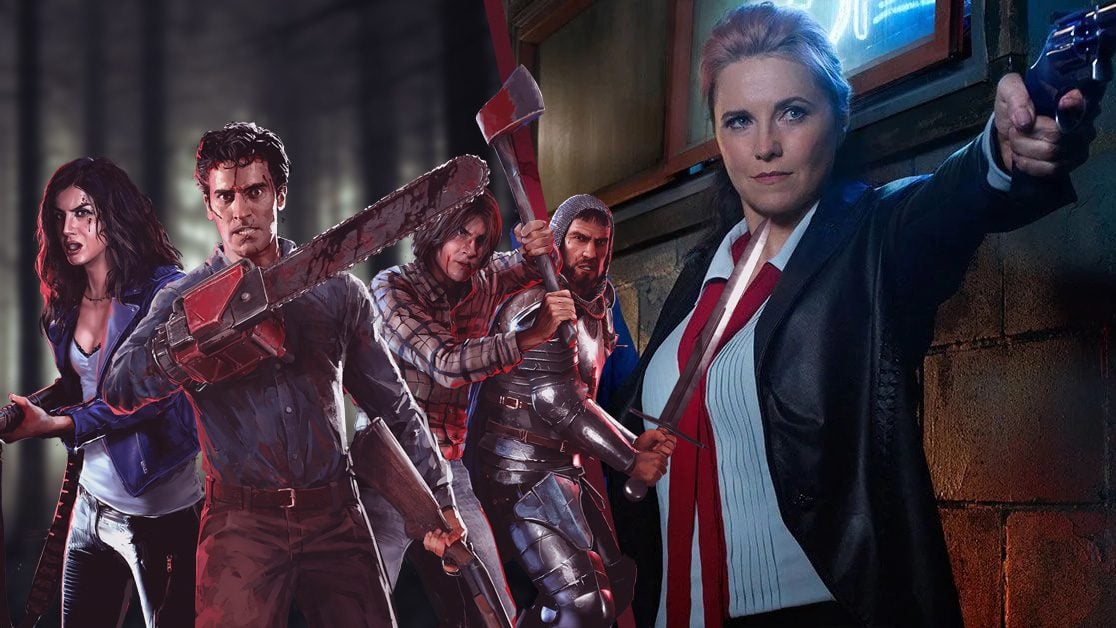 It’s looking like a fan favourite character might be coming to Evil Dead: The Game if a recent datamine is accurate.

Ruby, a character from the Evil Dead show, Ash vs. Evil Dead, might be coming to the game in the future (thanks, TheGamer). A new datamine has shown off a number of voice lines from survivor characters like Ash and Kelly where they comment on killing Ruby. Implying that Ruby will be on the side of the Demons rather than as a survivor.

The datamine comes from Twitter account LeaksOfSumeria, who had more to show than just the leaked voice lines. First of all is the addition of more heavy weapons to the game. In a separate tweet from LeaksOfSumeria, a piece of art was shown off of Ash using a minigun.

Specifically noted in the datamine is a new skill for the Hunter class, called “Weapons of Mass Destruction.” The skill apparently “Increases damage when using heavy weapons such as flamethrower, minigun and harpoon gun.” However, this being a datamine means that this content might not actually make it into the game.

More interestingly though, is the potential addition of a new single player mission. Currently titled “Adios Eligos,” the mission puts you in the shows of Ash vs. Evil Dead Ash. Some art shows Ash and Kelly, with the latter possessed by an Eligos in some fake cover art.

In the mission, you need to collect chickens, leeches, and holy water so that you can exercise Kelly. And once you have done so, you then take on the Eligos. Sounds like a fairly classic Evil Dead scenario if the datamine is accurate.

In our review of Evil Dead: The Game, we found that that game had some good foundations for a strong asymmetrical multiplayer game. Even if the game does have some faults to work out.