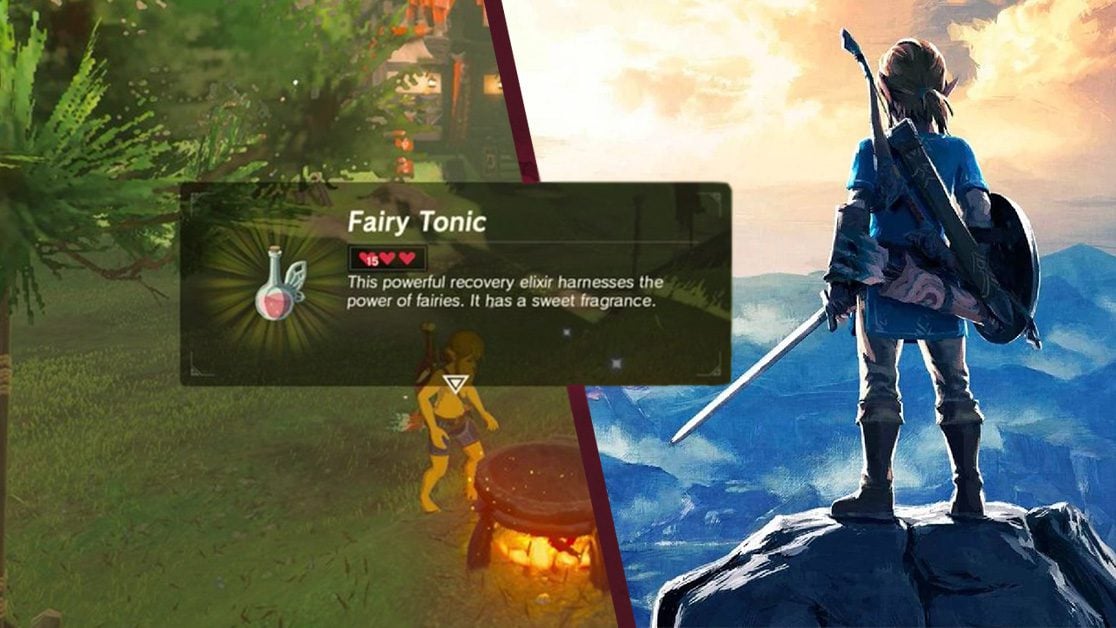 What Do I need To Make A Fairy Tonic BotW Elixir?


For one Fairy Tonic players will need one Fairy and so on. From there, Link can add the following to the recipe for various strengths:

Make sure to only add creatures that don’t count as food such as bugs, frogs and lizards. Adding anything else will result in food dishes only. More on that further into the article.

Finally, make sure to be above a lit cooking pan to mix all of the ingredients together to make that magic happen.

Will A Fairy Tonic Revive A Player?


Unlike a standalone fairy, the Fairy Tonic doesn’t revive felled players. To make the most of a fairy tonic, make sure to pause and use it before dying.

Find all things Legend of Zelda at the GameByte shop

What Other Effects Does A Fairy Tonic Have?


Fairy Tonics are just for restoring a large amount of hearts in one, so there are no other effects from drinking one, unfortunately.

Adding more of the right ingredients will bring stronger Fairy Tonics. Here are the combinations players can use to experiment themselves. The basic Fairy Tonic restores 12 hearts, so there’s a hint already:

As previously mentioned, adding a Fairy to food isn’t ideal. It will create a dish only worth ten hearts. So if players don’t have any of the right ingredients, just cook a Fairy on its own. Don’t worry, the Fairy flies away when the Tonic is cooked, so players don’t need to worry about making Hyrule an even darker place.