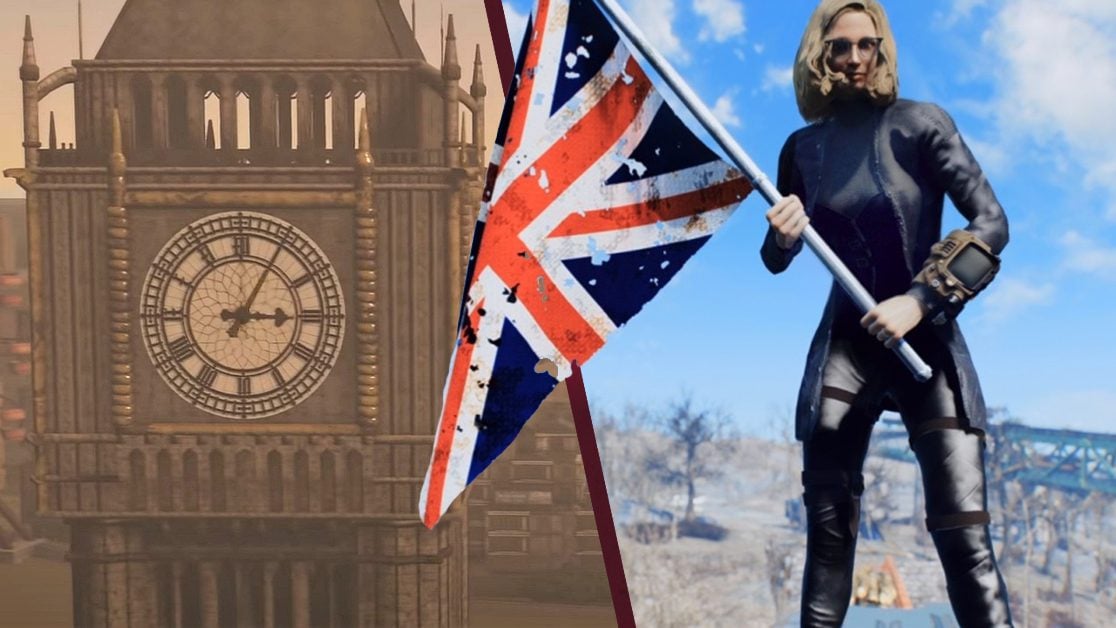 Fallout: London has just got a brand new trailer and if that wasn’t enough, we have also been treated to a release window.

Fallout: London is a huge DLC-sized mod for Fallout 4, which has been in development for around four years. Its map is said to be around the size of the Fallout 4s commonwealth.

“As a divergence from previous official titles in the series, Fallout: London is not set in America,” reads the description of the mod.

“Visiting a totally new setting allows for us to explore totally new cultures which have not homogenised with their American counterparts. It also allows us to explore pre-war European history, and the effects the Resource Wars had on the class structured society of pre-war Britain.”

In relation to the new gameplay trailer, no new story details were revealed. However, we were treated to a four-minute look at its decaying, yet vibrant post-apocalyptic world as well as revealing the 2023 release window.

Fallout for Hope Initiative is celebrated

Furthermore, the trailer was created to support the Fallout for Hope Initiative. This is a charitable cause organised by the Fallout community to “help individuals struggling through tragedy and hardship.”

If you want to learn more about Fallout: London as well as the Fallout for Hope Initiative, you can check out all the details here. In related Fallout news, Bethesda’s Todd Howard recently confirmed that Fallout 5 is on the way. However, we could be in for a very long wait.

Are you looking forward to the release of Fallout: London? Let us know across our social media channels. You can buy Fallout 4 on PC for £15.99.