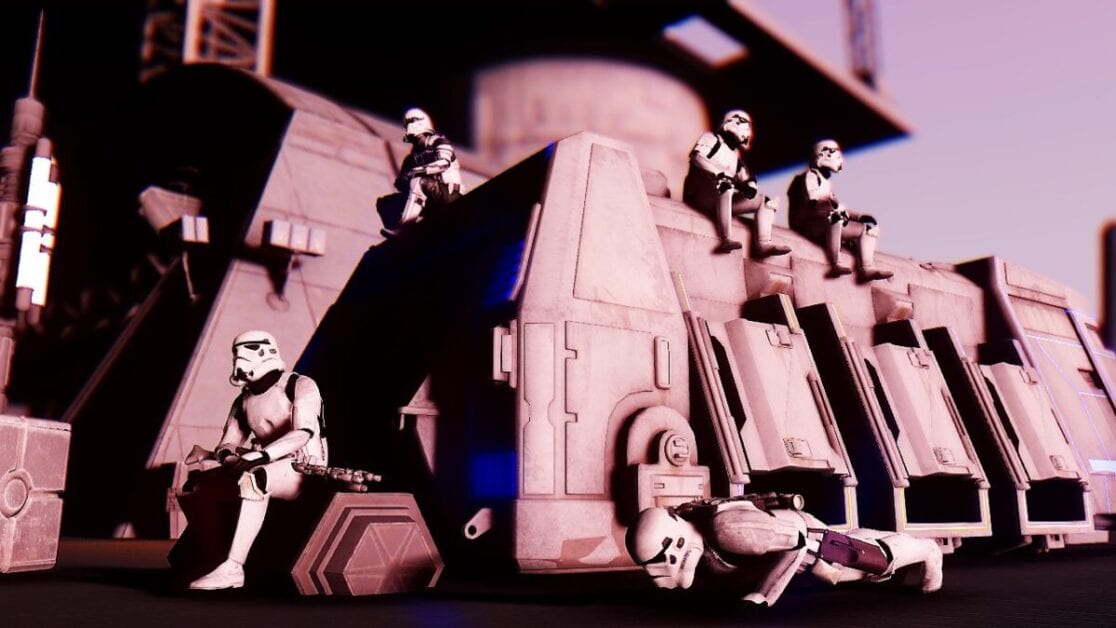 When it comes to Star Wars games, there are some pretty great experiences out there. From arcade-style flight sims to immersive action epics, some of the best Star Wars stories ever told are interactive. However, thanks to an upcoming Fallout: New Vegas mod, we now know what a Bethesda style Star Wars saga could bring to the table. Let’s take a look at Star Wars: Open Worlds!

Created by a small modding team Star Wars: Open Worlds is a fully-fledged Star Wars adventure that transforms Fallout: New Vegas into an impressive sci-fi sandbox RPG. Here’s a back of the box synopsis, courtesy of the mod’s itch.io page:

What is Star Wars: Open Worlds?

“We are uprooted from our home and thrown into this galaxy far, far away for the first time, experiencing it from an outsider’s perspective. Abducted by slavers and recovering from the initial shock, we are left with no choice but to join a small crew planning an escape from captivity, all the while the rising tide of the newly founded galactic empire sweeps across the galaxy!

“Embark on an engaging choice-driven story which will take you across different planets in the Star Wars universe during the very early years of the galactic empire and their push for supremacy. “

It’s worth mentioning that while some mods could be described as mere reskins, Open Worlds actually has some pretty impressive features. From alternative narrative paths to fully explorable planets, it’s hard to believe that this project isn’t an official game. Put it this way; if you told me this was a new Knights of the old Republic game, I’d almost believe you.

As this is a Fallout: New Vegas mod, the project also comes with all the original game’s bells and whistles. Not only will players be able to make their own Star Wars denizen, but they’ll also get to level up their character while engaging with fully voice-acted NPCs. I mean, it wouldn’t be a Bethesda based project without in-depth dialogue.

Star Wars: Open Worlds isn’t ready to play just yet. Therefore, we’ll have to wait a little longer for a playable build. While Ubisoft is reportedly working on an official Star Wars sandbox adventure, this mod would be what KOTOR fans have been waiting for.

What do you think of Star Wars: Open Worlds? Let us know on our social media channels!