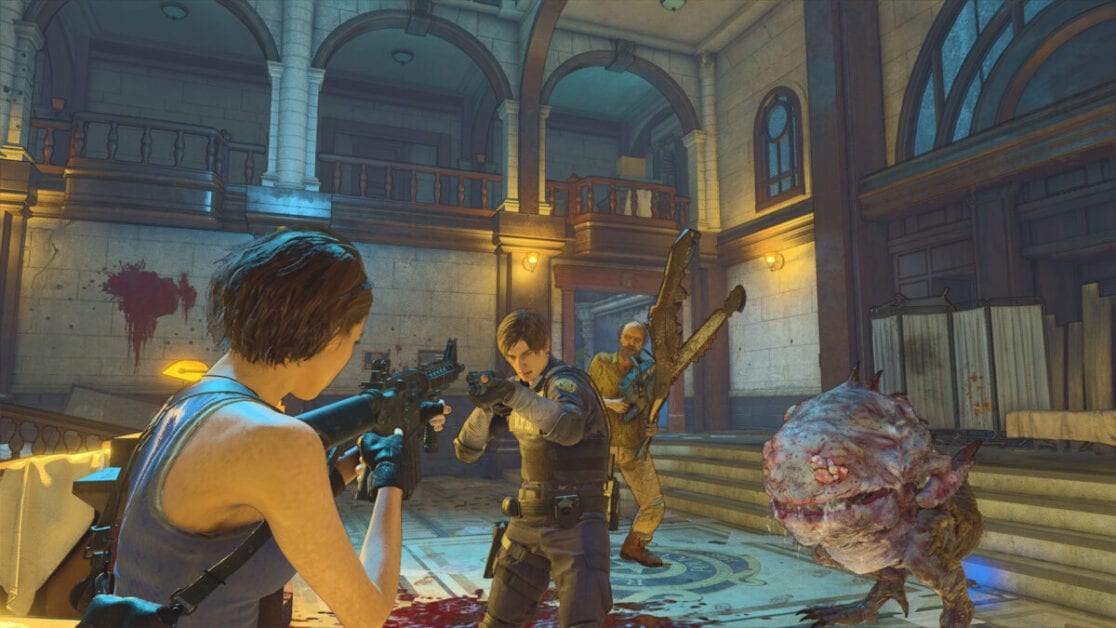 Resident Evil Re:Verse has been delayed yet again, this time into 2022. It’s certainly not looking good for the PvP multiplayer spin-off.

Resident Evil Re:Verse is a game that was bundled in for free with purchases of Resident Evil Village when it was released back in May.

Many had assumed that Resident Evil Re:Verse would release on the same day as Village, but that wasn’t to be. Then during E3 this year, Capcom announced that Re:Verse would instead release this summer.

However, Capcom has now announced that Resident Evil Re:Verse has been delayed again, this time it’s been pushed back into 2022. At this time, there is no set date as to when it might release.

This news of the latest delay was confirmed on the Resident Evil and Capcom social media channels.

“The previously announced July 2021 launch of Resident Evil Re:Verse is being moved to 2022 so that the team can continue working to deliver a smooth gameplay experience. We will share updated launch details at a later time. Thank you for your patience and understanding.”

A follow-up tweet advised followers to redeem the code that came with Resident Evil: Village, I assume just in case the code is lost between now and next year.

For players who purchased a physical version of Resident Evil Village, we recommend that you keep track of the included Resident Evil Re:Verse download code or add it to your account now so that you are ready to play when the game launches next year.

In my opinion, it doesn’t take an Umbrella scientist to suspect that it’s not looking good for Re:Verse. I played the beta earlier in the year, and it wasn’t good, far from it. Even for a beta. So, I can fully understand why Re:Verse keeps getting delayed.

However, from what I can tell from Resident Evil fans on social media, there was never much interest in this multiplayer game, to begin with. So, how much interest is there going to be when it eventually releases next year?

What are your thoughts on Resident Evil Re:Verse? Let us know across our social media channels.