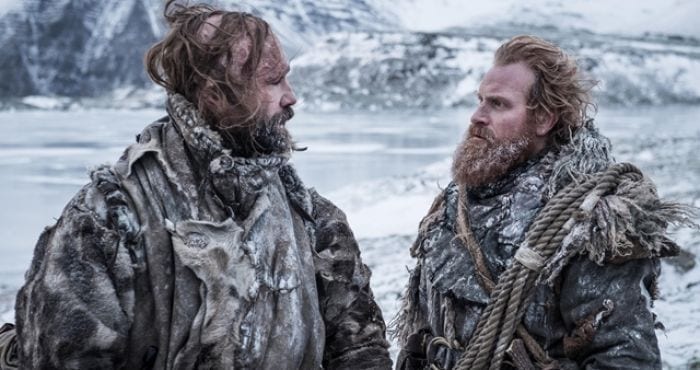 It’s been rumoured for a while, but Game of Thrones actor Kristofer Hivju is reportedly joining the cast of Netflix’s The Witcher for the show’s second season.

The news comes from known Witcher leaks website, Redanian Intelligence, where it’s believed that Hivju will be playing the role of Nigel (Nivellen), in the first episode of the next season.

According to the publication, the role of Nivellen which went by the codename “Nigel,” called for a “charismatic, witty and funny man.” The character hails from an “aristocratic family and has been cursed for the crimes he has committed in the past.”

Sadly it seems that Hivju won’t be a returning character, having only been tipped for a guest-starring role.

Rumours of Hivju’s involvement in the Netflix show popped up just last month. Redanian Intelligence spied a very telling Instagram post that suggested we might be seeing the Tormund Giantsbane actor showing up for The Witcher season two.

The Witcher director, Stephen Surjik, was reportedly scouting out locations for the next season of the show, and he included a VERY interesting hashtag in one of his – now deleted – Instagram posts.

The second season of the show has now begun filming in the UK. It’s expected to be released on Netflix in 2021.

It’s also being reported that Mark Hamill has been offered the part of Vesemir for season two of Netflix’s The Witcher. The supposed news comes from an unnamed source close to We Got This Covered. The source in question has correctly leaked television and movie news in the past, leading some credence to the idea of Hamill’s casting. WGTC claims to have received proof of the actor signing up to the project, so colour me hopeful for now.

As always, until we hear word from Netflix or from the man himself, take the rumour with a pinch of salt for now.

The Witcher season one is currently available to stream worldwide, via Netflix.