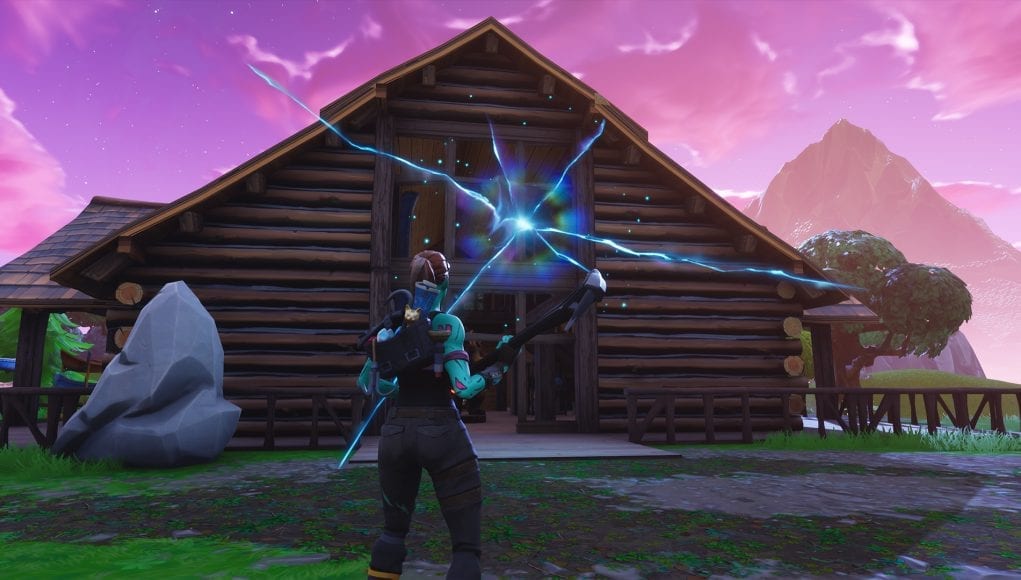 Fans have barely recovered from the speculations on the rocket in the lair and its impact on next season when Epic games threw them another curveball. Unless you’ve been living under a rock, you know what this curveball is: The sky is tearing open.

In addition to the huge and hard to miss crack in the sky, there is one right in front of Lonely Lodge too. While that may suggest that Lonely is about to become a lot less Lonely, the fact that we don’t know for sure yet is a big deal to fans. 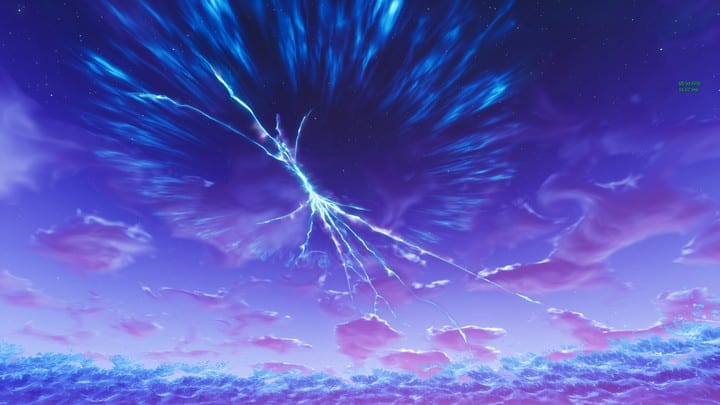 One thing is for sure though – the giant crack in the sky is beautiful to look at. The crack near Lonely Lodge looks a little like an odd Dandelion though. Another thing that has become apparent is that the mushrooms that replenish shield may be related to the cracks – there are dozens upon dozens of them near the crack at the Lodge.

To presumably nobody’s surprise, Reddit is all over this new thing. Here is an analysis of a Redditor: 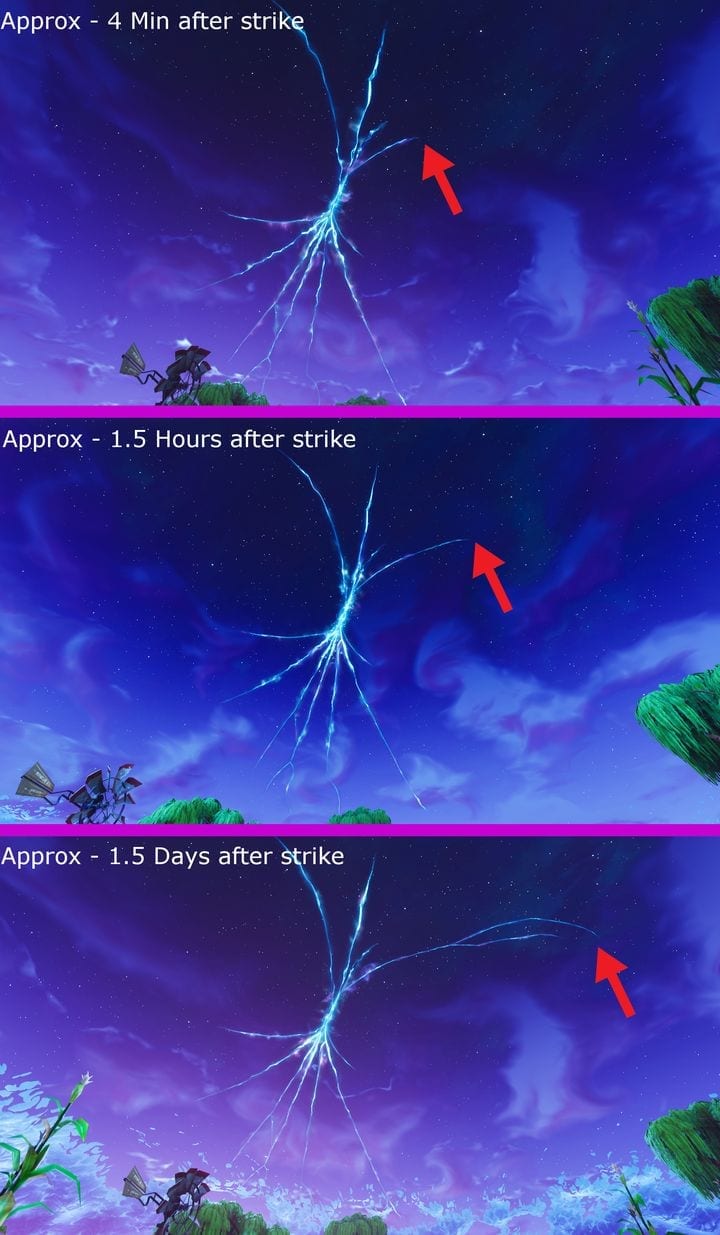 So clearly, the thing is growing. So far so good. The end of the season (and thus the start of the next one) is drawing near, meaning tension is rising for players. Just about every Fortnite fan would like to be the one that managed to correctly predict what the next season will bring, and theories are starting to get…odd.

The island moving into an alternate universe where everything is just a little different is one of the more reasonable theories at the moment. This theory says that the crack is one in the fabric of time and space (familiar to Dr. Who fans as a crack in a wall) and when it finally breaks, the whole island will end up just a little different – much like Dusty Depot changed to Dusty Divot last season. 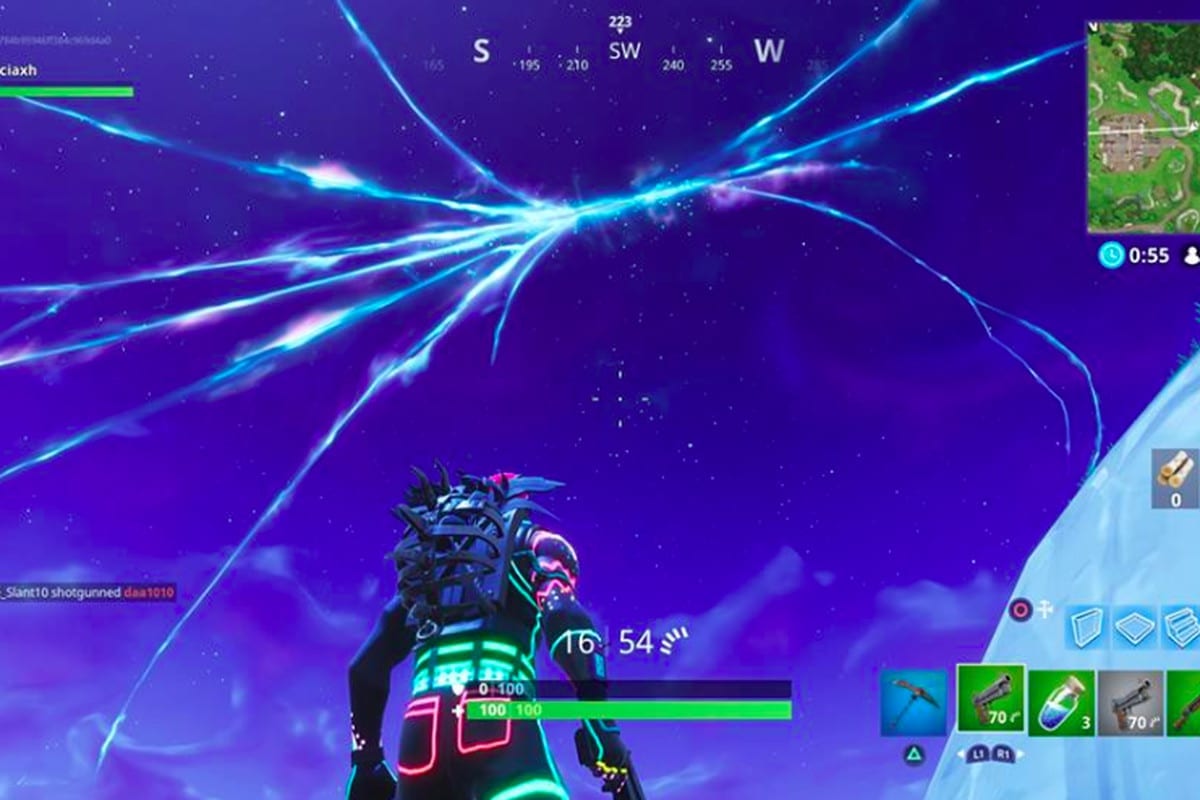 When the alternative universe theory is the most sensible of the lot, you know there’s some weird stuff coming. One of the more…special theories is based on the fact that people have noticed that these rifts (at least the ones on the map) don’t actually show up in the replay tool. What does that mean? Vampires apparently. Since they are not supposed to have reflections in mirrors, CLEARLY that is the most sensible explanation for why they don’t show up. 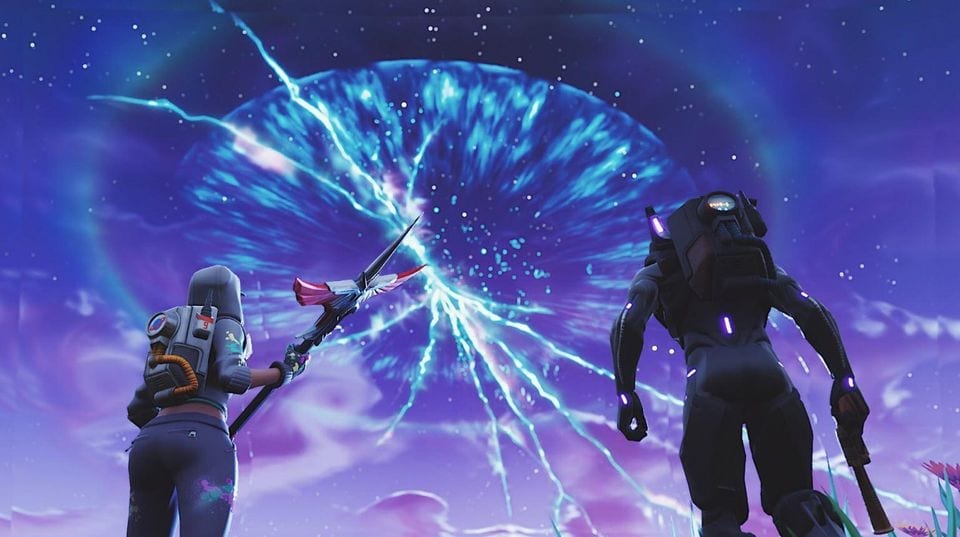 Then there is the time travel theory – a trailer for the now delayed Playground mode featured scenes in different time periods. Now this COULD be related to the movie setting that this season had, but that is far too boring an explanation isn’t it? To be entirely fair, if it is time-travel, there is some real potential there to really change things up. While season 4 brought some real changes, Epic will have to try and do better this season, if only to satisfy the theorists that are running rampant at the moment.

Another theory sees the Visitor at the centre of things. While it’s not unreasonable to think that he stole a movie prop for his nefarious plans, the rest of this theory is a little more out there. To be more precise, it’s really far out there: Aliens. The idea that the Visitor may be paving the way for an alien invasion, Avengers-style is a little more on the creative side too. 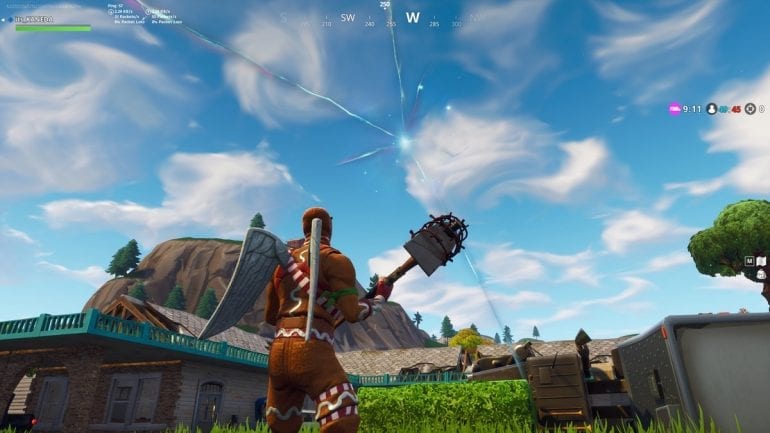 So far, when it came to theories by fans, they’ve usually been wrong. After all, they couldn’t even decide whether the rocket was supposed to be a transport tool or intended to destroy something – long story short, there is a lot of nonsense on Reddit at the moment.

We’re sad to admit it but time travel may actually be the most reasonable theory out there – it would certainly explain the space hopping that the rocket did upon launch. Speaking of space hopping, that is another possibility: Portals. While these may be a little hard to implement with the play-style of a Battle Royale game, they could be a great additional equipment piece, much like the Port-a-fort. Just imagine a tool that lets you insta-port to the centre of the circle: Though unlikely, this could really change things up, even if it was only a limited time mode!