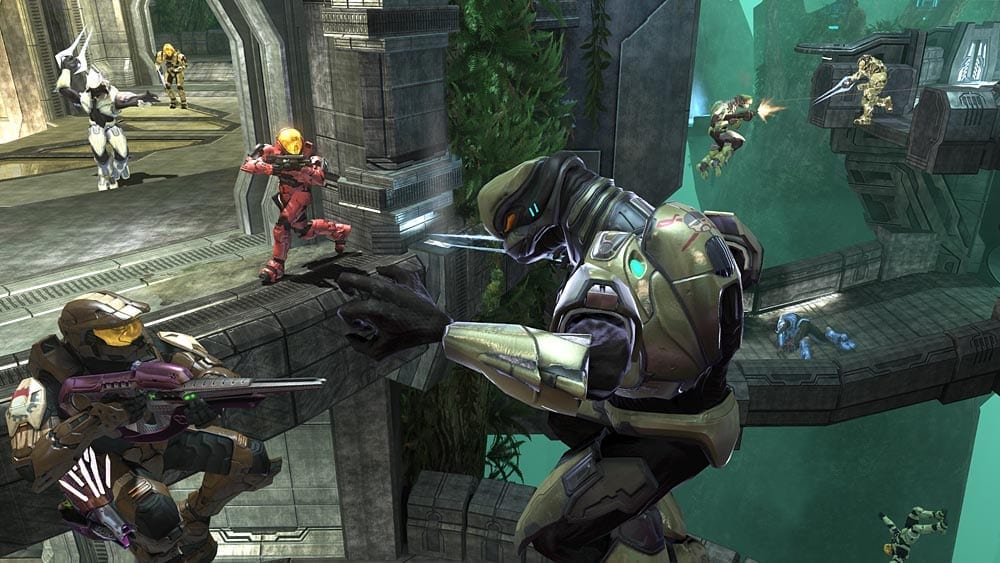 The Xbox One backward compatibility games list has grown massively in recent months. There are now dozens of great older Xbox games available on the Xbox One and Xbox One X with improved graphics and better frame rate.

The best thing about these games is that if you own the old physical copy from an older generation console, you can put it in your Xbox One and it’ll still work. Alternatively, you can buy a new digital copy from the Xbox Games Store.

Check out some of the best remastered Xbox games now available on Xbox One through the backward compatibility list below. 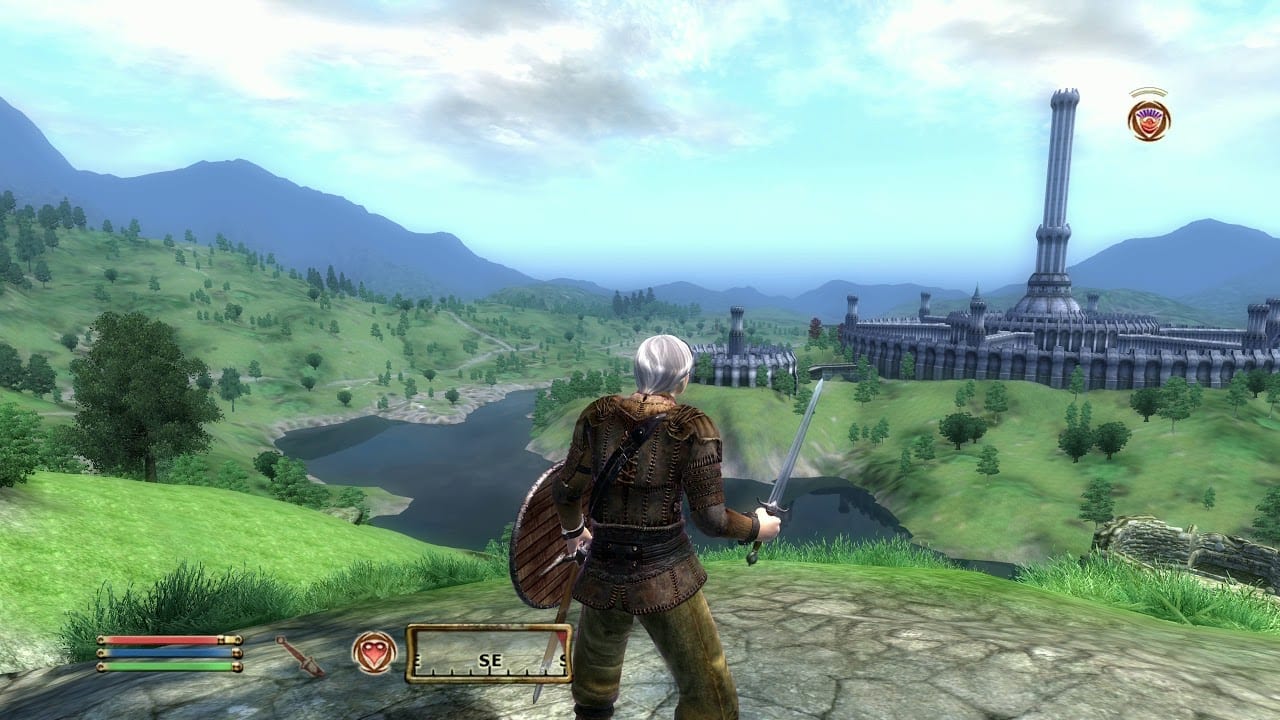 Skyrim has been getting so many different versions recently and it’s made me wonder – where’s all the love for Oblivion?

For many people, Oblivion was a far better Elder Scrolls game. Thankfully, the original Oblivion game for Xbox 360 now works on the Xbox One and all Xbox One X players will get a smoother experience.

There are many features in Oblivion that stood out to us. Examples include the create a class system at the beginning of the game, and the potion/poison crafting feature. I also personally found Oblivion’s story to be far more immersive.

If you’re a PC player, you can still get Oblivion and install mods to make it look as crisp and clean as the Xbox One X port. Alternatively, you can keep your eyes peeled for this incredible Oblivion conversion mod for Skyrim. 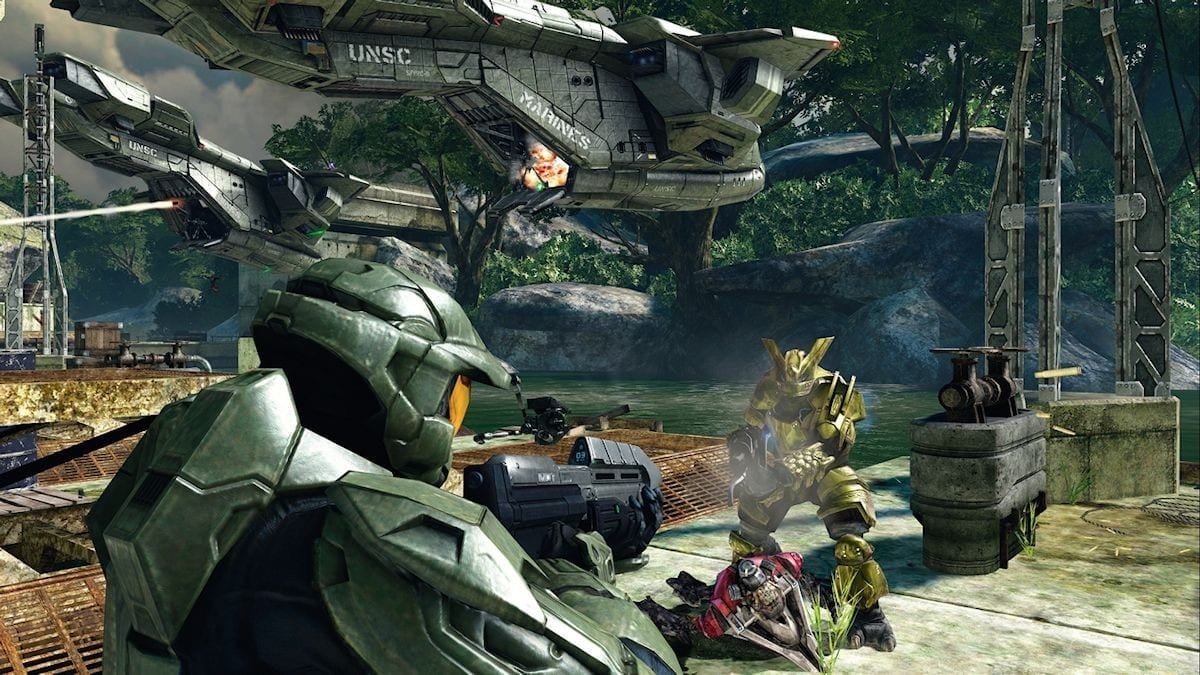 We know the Xbox One now has the Master Chief Collection, but if you want some nostalgic fun without having to shell out extra money, Halo 3 is readily available through the backward compatibility program.

If you have an Xbox One X, you’ll also receive an enhanced experience with improved resolution and better frame rate. All you need to do is dust off your old copy of Halo 3 and you’ll be playing within minutes.

Because Halo 3 was so widely popular when it first launched, chances are if you don’t have it, your friend or your local game store will have Halo 3 available for cheap. 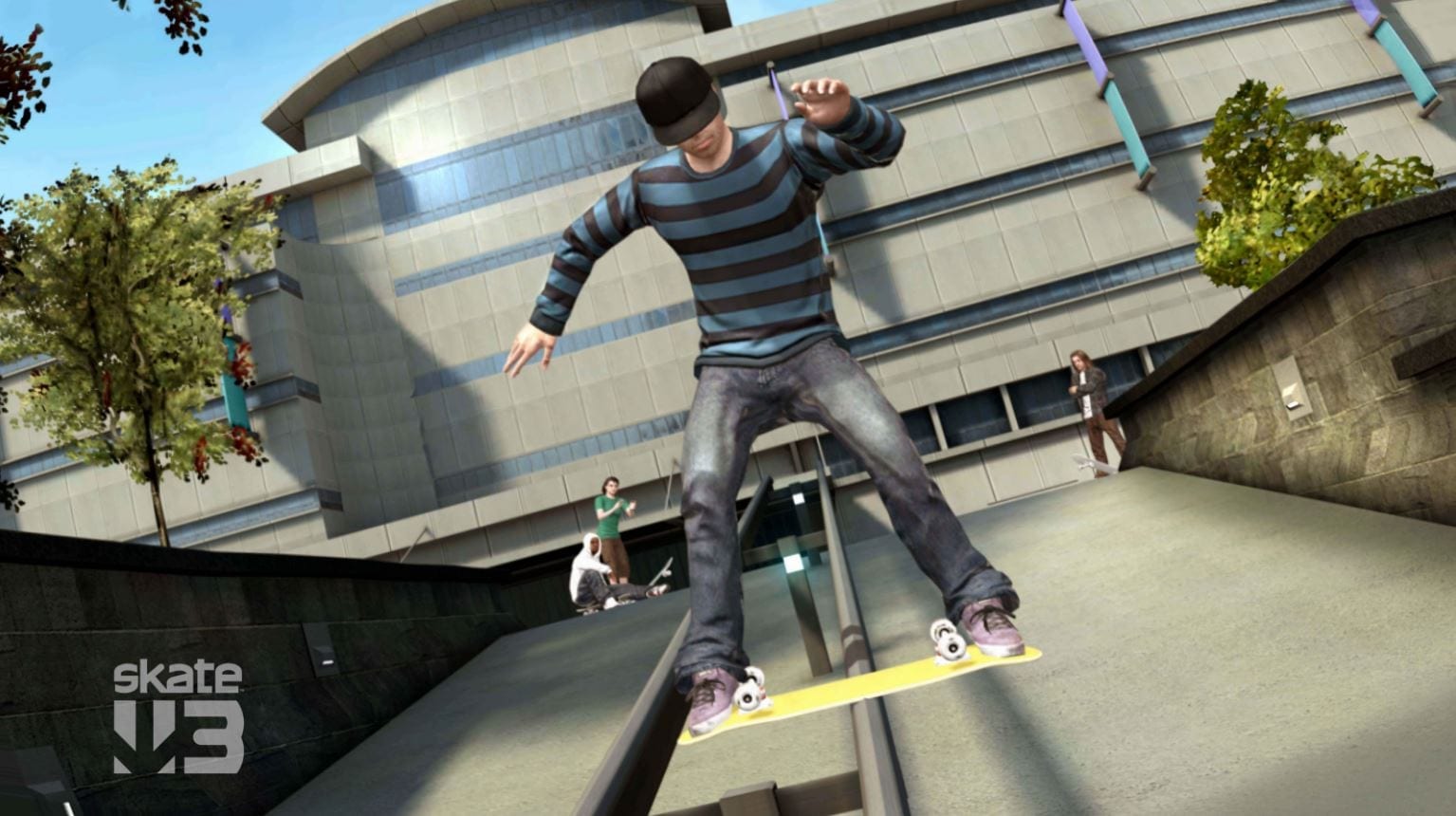 Skate 3 will go down as one of the best sports games to ever launch. This game was just too much fun.

If you feel like jumping in again and going for a skate today, you’ll be happy to hear that the old version of Skate 3 has received backward compatibility and Xbox One X enhanced games support.

Whilst you’re waiting for Skate 3 to boot up on your Xbox One, you may also want to read up on our news post on the upcoming Skate 4. 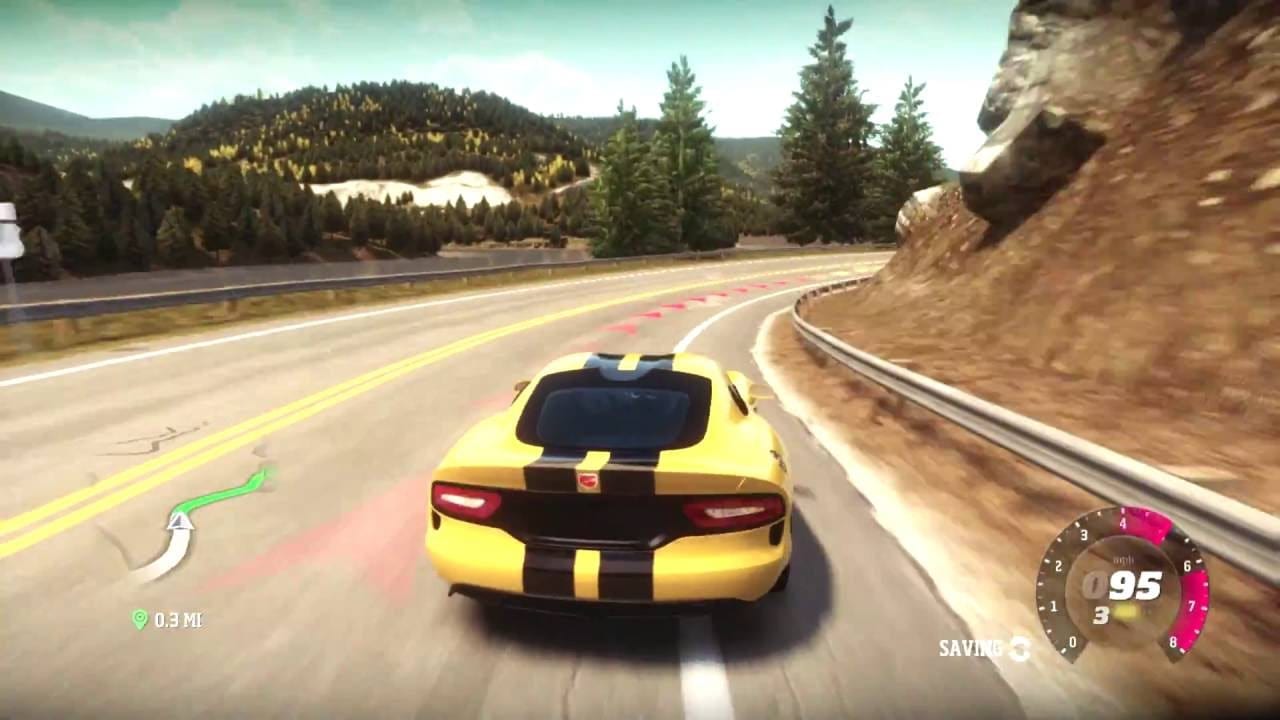 Forza Horizon was the first game to take the Forza series in a braze new direction. Even today, there’s nothing that quite stands up to the experience that Forza Horizon originally offered when it first released.

If you’re not so much of a fan of Horizon 2 & 3, or simply want a cheaper way to get involved with the Forza Horizon franchise, the Xbox 360 version of Forza Horizon does work on the Xbox One.

The Witcher 2: Assassins of Kings 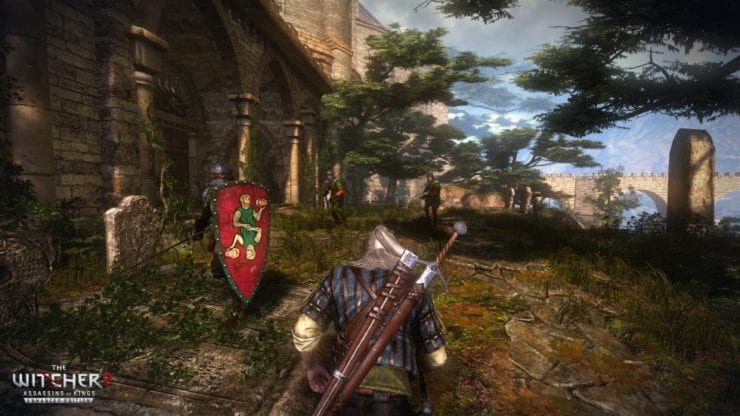 Everybody has played The Witcher 3, but not as many people have had the chance to play The Witcher 2: Assassins of Kings.

The Witcher 3 may be a far more polished game, but the same open world RPG elements that made the third game so special are present in The Witcher 2.

The digital version of Witcher 2 can be picked up for $19.99 in the Xbox Game Store, but the physical copy for the original Xbox 360 version can be found 2nd hand for much cheaper online. 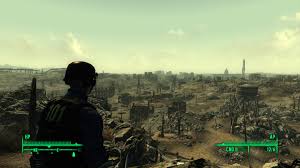 Who here agrees with me when I say that Fallout 3 was a better game than Fallout 4? If you do agree, you’ll be pumped to hear that Fallout 3 is also available through the Xbox backward compatibility program.

Your best bet is to pick up a physical Xbox 360 copy of Fallout 3 Game Of The Year edition at your local game store. You should be able to find it for $5-$10. The base game will be available for even cheaper.

If you choose to purchase the Fallout 3 digital version, you’ll have to shell out a lot more. It’s $15 for the base game and $5 for each of the four DLC packs. 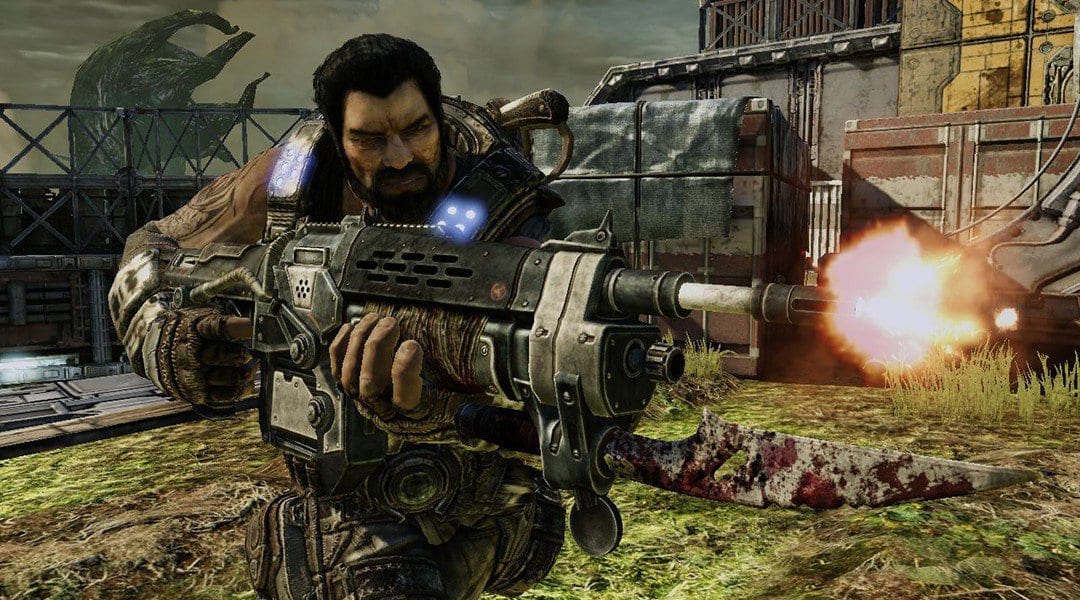 In many people’s eyes, Gears Of War 3 was the last good GoW game. Whether you agree or not, if you’ve played Gears of War 3 before, you’ll probably appreciate being able to play it on your Xbox One.

The Xbox One X version also comes with the same improved graphics and frame rate that the rest of the games in this list include.

Because of the recent support for Xbox One backward compatibility, the online player count for Gears 3 is usually quite good – you should be able to find players in matchmade games pretty quickly, even during offpeak hours. 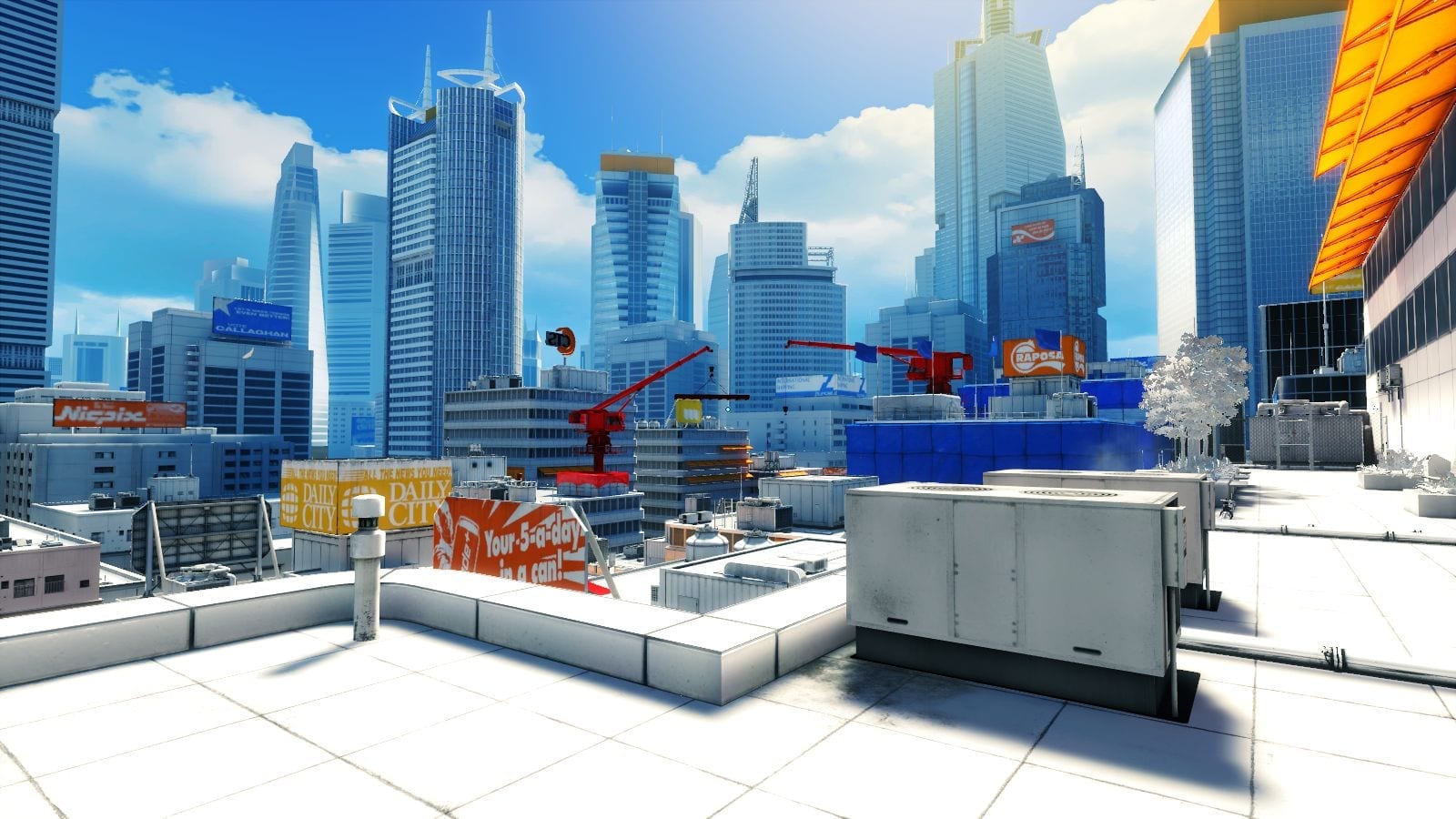 We’re still waiting for news on a third Mirror’s Edge game. So far, no details have been shared on whether it’ll actually happen or not. If you enjoyed Mirror’s Edge, why not pick up the digital version on your Xbox One?

Mirror’s Edge was a groundbreaking title when it first launched – it took a unique twist on the first person action genre by limiting the player’s ability to use weapons.

Players instead had to focus on using parkour to outrun enemies and dodge bullets. The transition between freerunning and hand to hand combat was something I really loved about Mirror’s Edge, and on the new Enhanced for Xbox One X version, the gameplay mechanics feel even smoother.

Thanks for taking the time to read our list on the 8 best Xbox remastered games available on the Xbox One and Xbox One X. Out of all of the games in this list, which one is your favorite?

Also, which game would you like to see on the Xbox backward compatibility program next? If we speak up loud enough, Microsoft might actually reach out to the right people to make it happen.