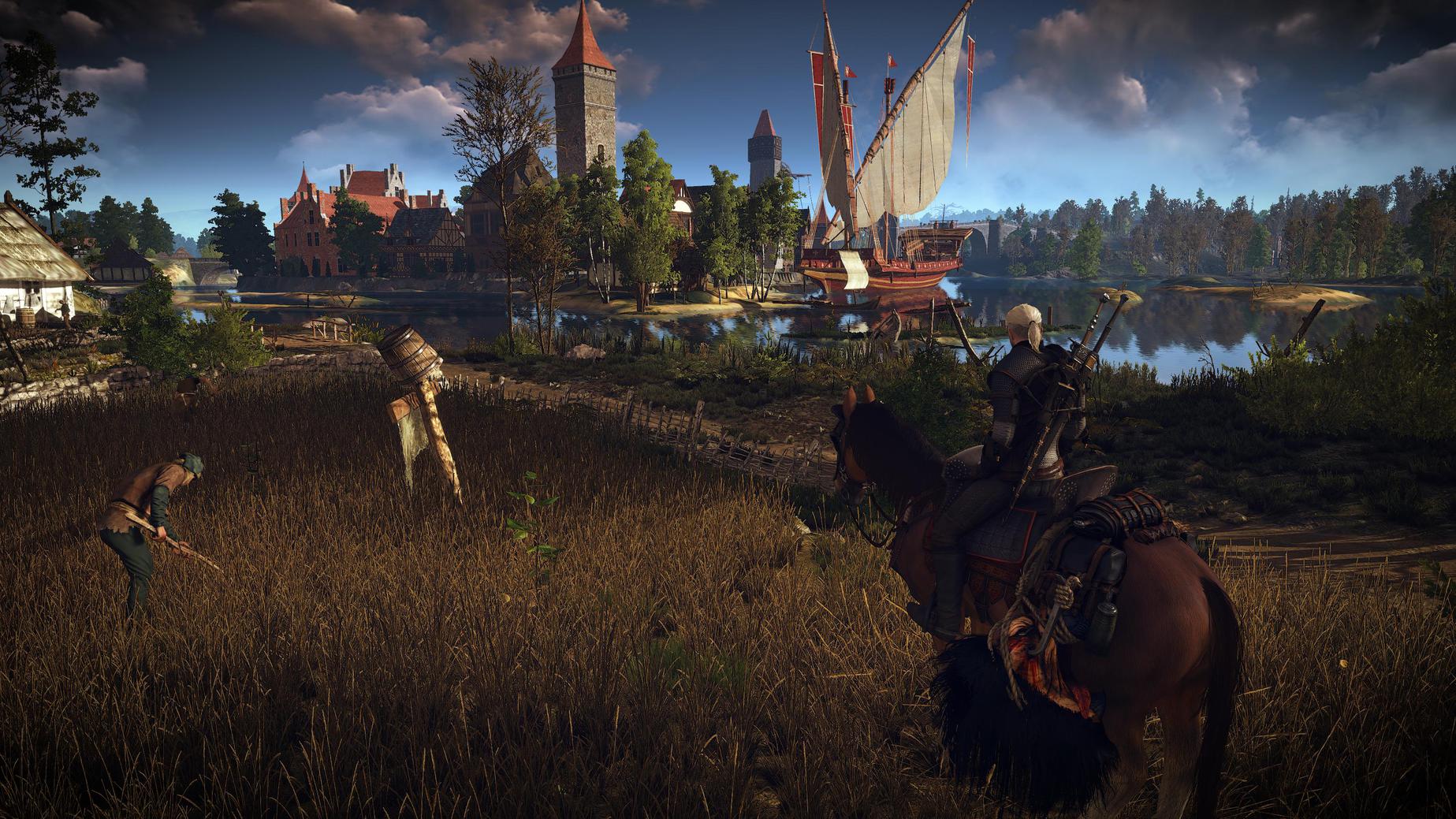 The Witcher 3 looks beautiful already, but this enhanced reshade mod takes the graphics to a new level.

The Witcher 3 modding community has already blessed us with plenty of graphical overhaul mods, but the Witcher 3 Enhanced Reshade mod might be the best we’ve seen so far.

Here is a look at the mod in action, alongside some other great mod suggestions. 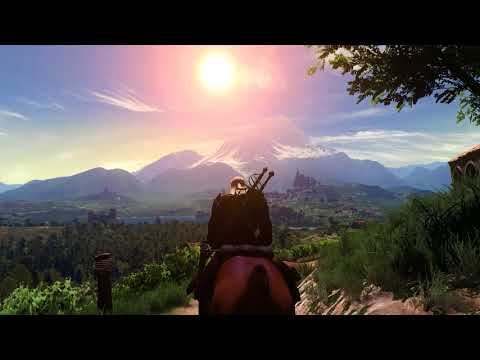 The developer of this mod said that the Enhanced Reshader mod “Is designed to offer you the most immersive and real Witcher experience. It works with all lighting mods and with Vanilla lighting. It enhances the shadows, the lighting, the colors and the contrasts.”

The great thing about this mod is that despite improving the visuals of the game, it makes a very small dent on the overall performance. With this mod installed, you’ll only lose 3-4 frames per second on average.

Not a bad trade-off when you get to make Witcher 3 look as stunning as this.

The most notable thing about the Witcher 3 Enhanced Reshade mod is that all of the colors pop out at you. Some people may feel that the saturation is little over the top, but when you get in the game and experience it for yourself, you may feel differently. 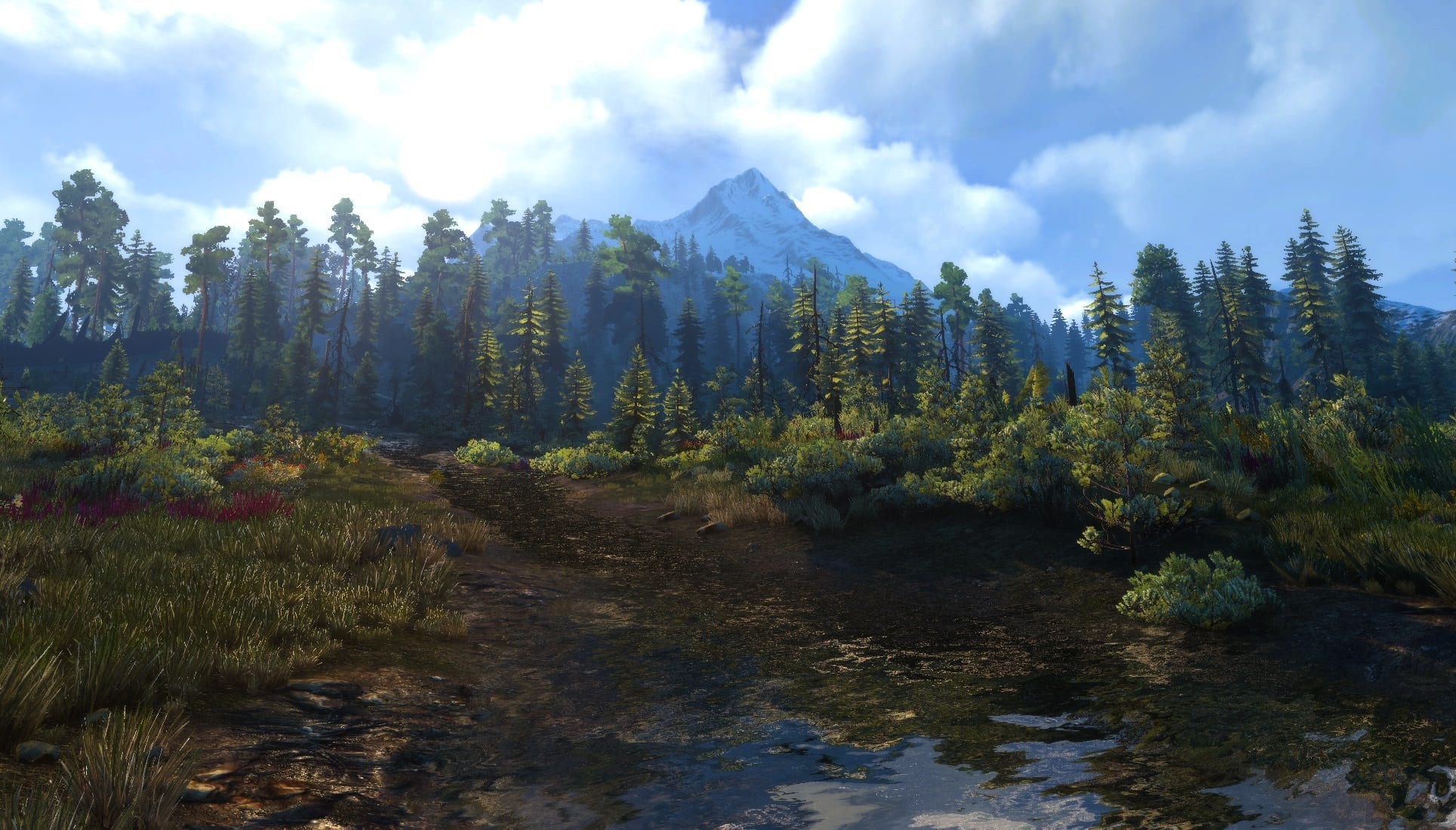 The creator of this mod also used a number of other mods to make the perfect visual overhaul. I’ll be taking a small look at each of those mods below.

STLM stands for Super Turbo lighting Mod and it is also a very impressive graphical overhaul for The Witcher 3.

STLM is beautiful on its own, but when you pair it with the Witcher 3 Enhanced Reshade mod, you get even better results.

As the name suggests, STLM simply adds better lighting to Witcher 3. And by better, I mean much, much better.

The game immediately looks brighter with STLM installed, better shadows are cast on objects, and it is generally just a better viewing experience overall.

Another mod that goes perfectly with STLM and the Witcher 3 Enhanced Reshade mod is Particles VII.

With Particles VII, the weather in The Witcher 3 is overhauled and new particle effects are brought to the world.

Particles VII is pretty minimal, but the changes are noticeable and more of a ‘living, breathing’ feel to The Witcher 3.

It is hard to capture how the particle mod works with just images, so I’d suggest watching the video we’ve posted above.

The Mutant is a very small overhaul mod that makes some changes to Geralt’s appearance.

The overall goal of this mod was to recreate the version of Geralt we all saw in the original Witcher 3 ‘Killing Monsters’ cinematic trailer that launched back in 2013.

I have to say, the creator of The Mutant did a great job at capturing that version of Geralt perfectly. The most notable difference is Geralt’s eyes.

Once again, this mod is very minimal, but alongside everything else, it just adds an extra touch to your overall experience. 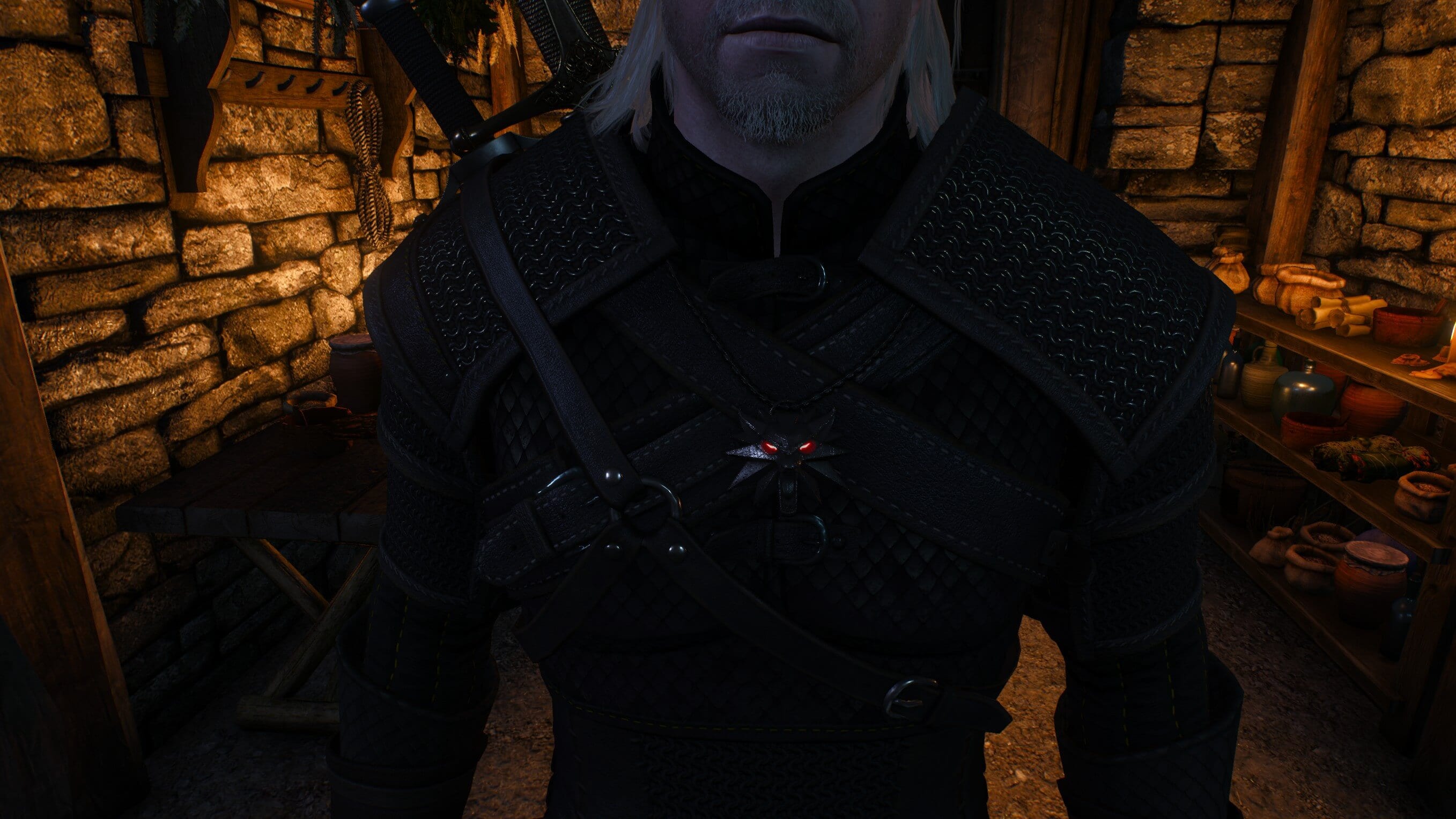 The texture quality of the Wolf Medallion in this mod is far greater than the default version as well. The red eyes also glow in the dark and you’ll be able to notice slight changes to their appearance depending on the environment.

The creator said “The glow is more noticeable under rain, inside, and in caves
In caves the effect is absurdly strong. Under the sun, when receiving light from fire, or when next to light sources in general the glow “effect” will not be very visible.” 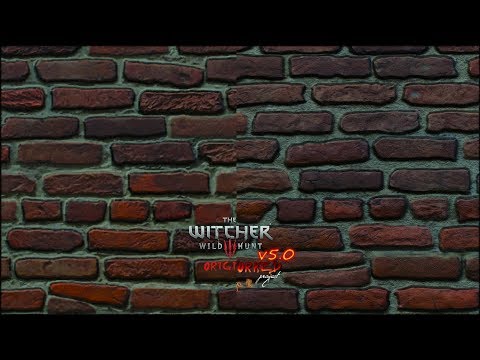 This is another graphical overhaul that puts focus on improving the overall texture quality of the world in The Witcher 3, instead of adding shading or lighting effects.

The HD Reworked Project was built to create a higher definition world without changing the original graphics style. Everything looks the same, except all textures are higher quality and the world just looks that much crisper and cleaner.

You may lose up to 5 frames per second when using this mod – the textures are higher resolution, which means your GPU will need to render more at once. If you have a mid to high end PC, you won’t have any issue running this mod and your performance shouldn’t budge. 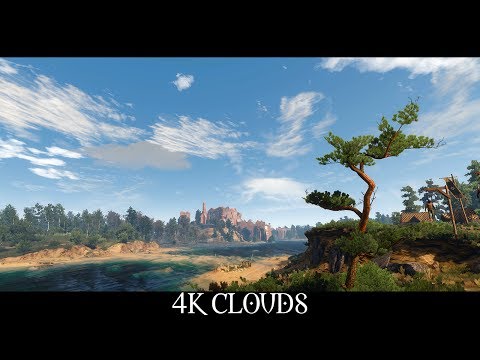 This is the kind of mod you thought you’d never want until you actually try it. Somehow, there’s something so much more atmospheric about having high resolution cloud textures.

If you only care about improving the environment, 4K clouds, STLM and the Enhanced Reshade mod are the three mods you should prioritize.

The No Dirty Lens Effect mod for The Witcher 3 was a huge one for me. Below is an image of what the game looks like without the mod. 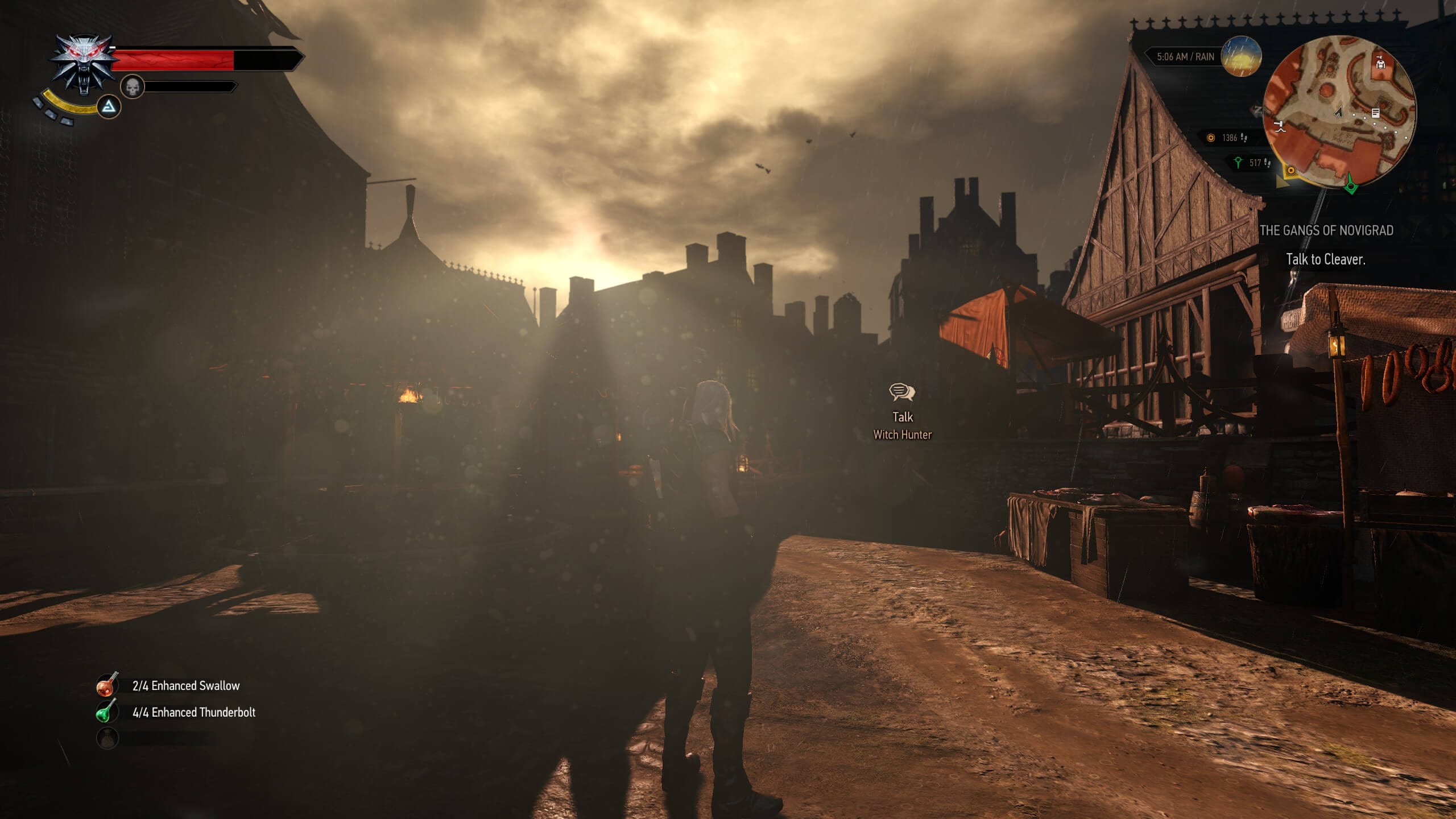 Then, here’s what the game looks like with the mod installed. 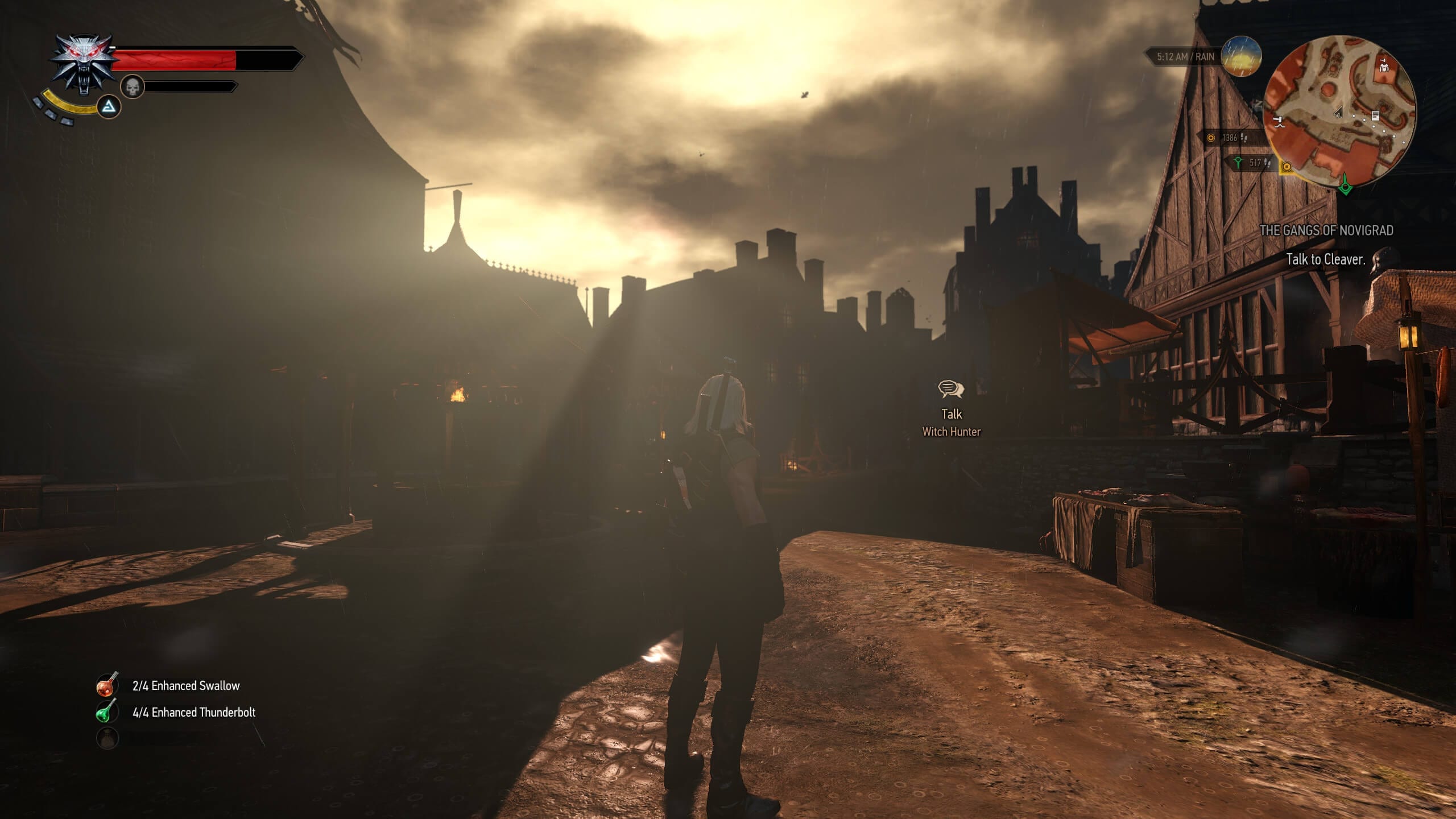 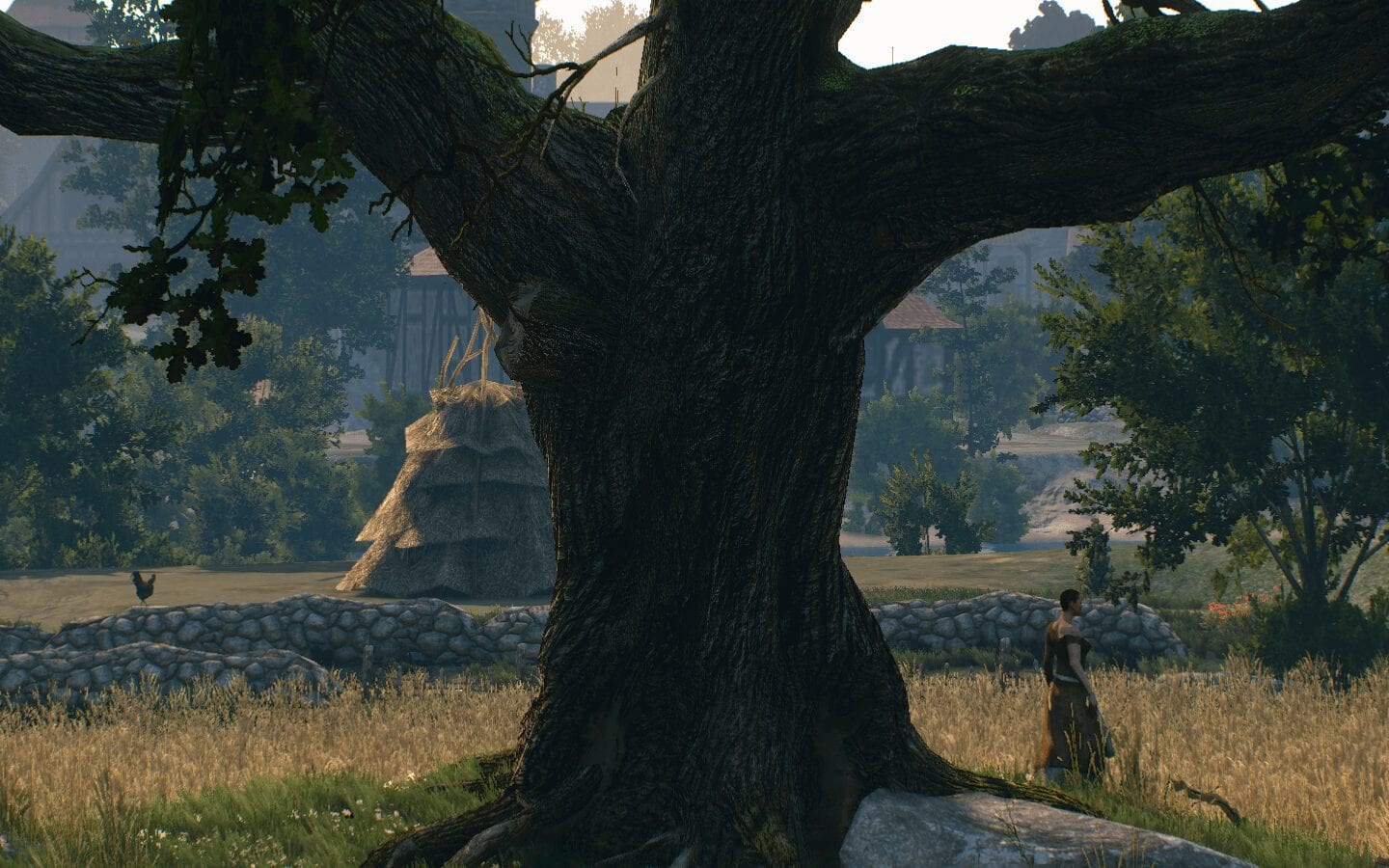 Better Oaks is another mod that was suggested by the creator of the Enhanced Reshade mod. As the name suggests, this mod introduces better textures for oak trees in The Witcher 3.

Once again, this is a small change, but all of these mods really come together to create a more immersive experience. 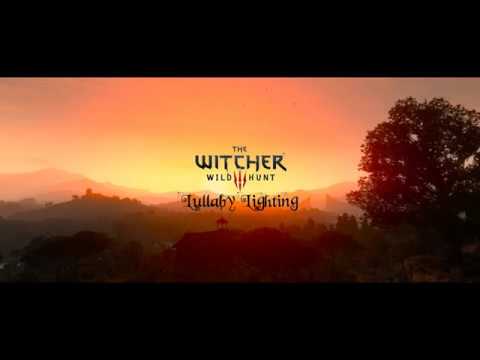 If you want even more lighting effects, then there’s one last mod for me to suggest. Lullaby Lighting for Toussaint. It’s basically what it says on the tin. I’m sure the video above will do it justice.

Did you like these mods? Let us know your thoughts!