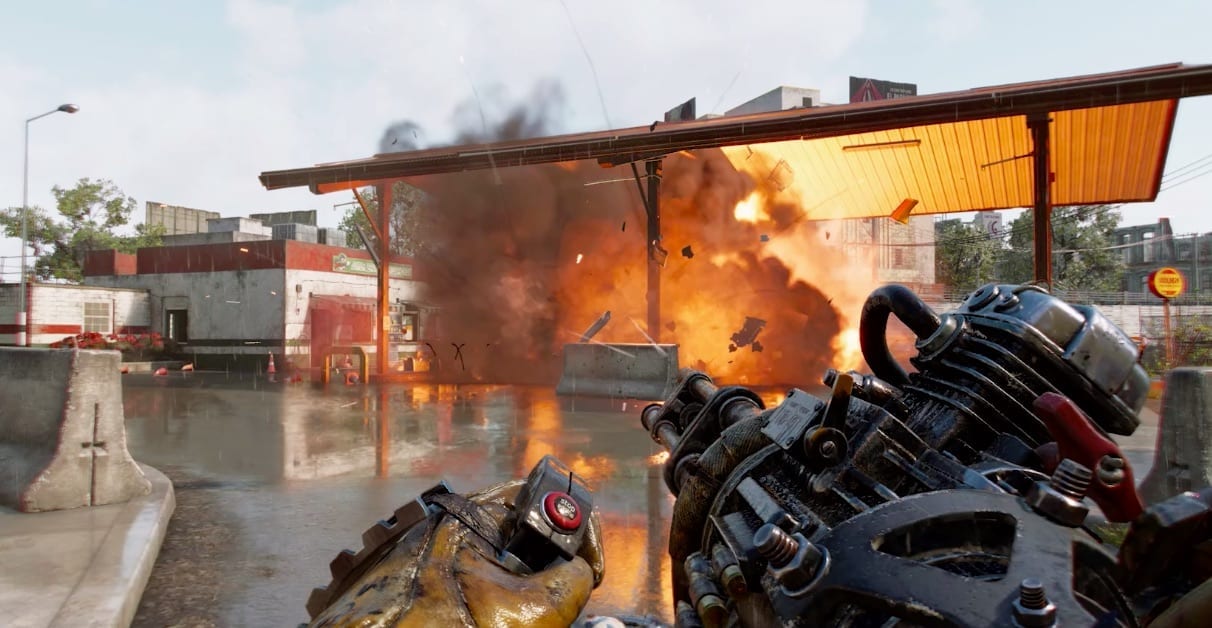 Ubisoft’s Far Cry 6 is right around the corner, and with a recent preview event came a whole load of new hype for the upcoming game. Despite a heavy focus on guerrilla warfare, it seems that the game’s designers really want you to put your weapons away, soldier.

During our time with Far Cry 6 we saw that your playable character, a male or female characters named Dani Rojas, will be encouraged to put their gun out of sight and act like a plain ol’ civilian when guards or enemies are near. Now, lead gameplay designer David Grivel has explained more about than mechanic – and why Ubisoft Toronto wants those weapons out of sight in Yara.

“We are trying to embrace this feeling that you are a modern guerrilla fighter. One of the things that guerrillas do in the real world is blend in with civilians; you don’t know who they are or where they are, and that’s exactly what we wanted to emulate. Now you can put your gun away,” says Grivel [via GamesRadar].

“It means that, as long as you don’t do anything crazy, no one will bother you. If you just want to go fishing or play dominos then you can do that, and you will be fine. What this gives you is the agency to start combat when you want to, not when the game wants to.“

This level of realism is sure to bring a bit of spark to Far Cry 6, even while the game’s politics are still under discussion.

Recently, Far Cry 6 came under fire when it was claimed the title was not a political game, despite it seemingly being influenced by real-world communities and dictatorships. Narrative Director and Lead Writer Navid Khavari then released a follow-up statement noting that the game is, of course, political in nature.

“Our story is political,” said Khavari. “A story about a modern revolution must be. There are hard, relevant discussions in Far Cry 6 about the conditions that lead to the rise of fascism in a nation, the costs of imperialism, forced labor, the need for free-and-fair elections, LGBTQ+ rights, and more within the context of Yara, a fictional island in the Caribbean.

“My goal was to empower our team to be fearless in the story we were telling, and we worked incredibly hard to do this over the last five years. We also tried to be very careful about how we approached our inspirations, which include Cuba, but also other countries around the world that have experienced political revolutions in their histories.”