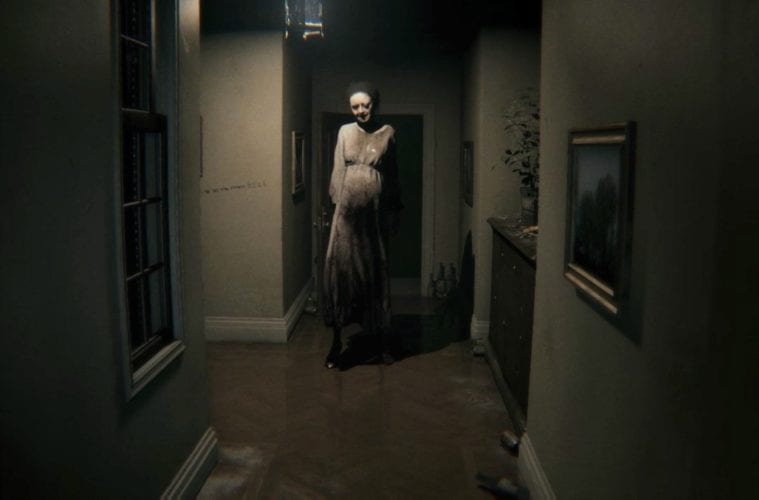 Recent world events have seen more people than ever turn to “cozy games”. Titles like Animal Crossing New Horizons, Cozy Grove and The Sims 4 have jumped in popularity as people seek out calm and relaxing adventures to escape from the real world. While I do enjoy some Animal Crossing, it’s not my go-to when things feel too much. If I’m anxious, scared or battling my own brain, the games I turn to are horror. It’s been a baffling revelation to discover that jumpscares and missing family members are what I seek when blue, but after much thought, I’ve finally discovered why. Here’s why horror games are my comfort food.

When it comes to gaming, you’re in the driver’s seat. The events shown on-screen are happening to you, the player, as well as the character. Your natural gaming instinct is to protect your player character – and yourself – from any and all harm, and you can react with frustration, fear or even sadness should you fail. Games are more immersive than movies, and can offer more evocative and emotional reactions as a result. As such, you’d think a horror game, something designed to make you feel fear, would be the last thing you needed when feeling stressed or anxious. For me, it’s the exact opposite. Unlike my real-world fears, horror game fears can be controlled.

Most horror games follow a pattern of increasing the stress and tension levels, only to break them with a jumpscare, a boss fight or even a cutscene. Real life does this too, albeit at a much slower pace. Real-world stress is often forgotten when you experience a moment of joy, or – if you’re lucky – by finding a resolution to your problem (if your problem even exists in the first place, thanks brain). Life is hills and valleys, ups and downs, and horror games are a microcosm of that.

You feel the tension of wandering around the asylum in Outlast, your stress levels peak during chase encounters, and your heart rate reaches a healthy BPM when you’re into the next safe zone. Sadly, you can’t always find the safe zone so easily in real life. Anxiety, something with which I suffer, isn’t abated by something as simple as closing a door on your pursuer, but horror games can remind us that safety is right around the corner, while also tempering the relief with a very honest “at least until the next time“.

Horror games also serve another purpose for me – they replace my very real downward spirals with a manufactured anxiety – and this time it’s one I can control. While I can’t always step away from my brain and remind myself of what’s real, horror games let me do just that, especially action/horror games. In these types of horror games, I’m the one in control, and not my anxiety.

I might be facing hordes of the undead, or any other type of nightmare-come-true, and I’m able to blast my way through each and every time. The worst-case scenario you’ll face in a video game is one that can’t hurt you in real life. While you might not have control to the extent of picking and choosing what happens on the screen, you often do have the option to run, hide or explore. Face the music or disappear. This level of freedom isn’t always available when it comes to facing your real-life horrors, especially when it comes to battling with your own mind, but it’s definitely notable when playing a horror video game.

Feel The Fear And Do It Anyway

Games like the Resident Evil series empower their players with a range of powerful weapons, allowing the player to “feel the fear and do it anyway“. Aside from being empowering in terms of slashing and shooting your way through the things that are bringing you fear, it also serves as a reminder that, yes, you really can beat anything that life has to throw at you.

It’s not all about power though. Psychological horrors such as P.T (rest in peace) can also challenge you to push through even your most deeply-set fears to continue through those corridors, despite what might be lurking around the corner. Working through your fear in a tangible and safe space, like a video game, helps me manage my fears and anxieties at my own pace, as well as proving to me that I’m stronger than they are. Feeling scared isn’t necessarily a bad thing, it’s all about how you cope with it, and games can be a perfect place to explore that safely.

From Bad To Worse

Perhaps the most basic take when exploring why I find horror games so comforting is that they serve as a reminder that, yeah, things could be worse. “Thing could be worse” is quite possibly the worst thing you can say to someone who suffers with anxiety or any type of mental health issue, but really immersing yourself in a world where things actually are a lot worse? Sometimes there’s comfort to be found in that. After playing through the likes of Silent Hill 2 for the nth time, I’m able to look at the horror show that is James Sunderland and think to myself, “Yup, at least I’m not this guy.”

Horror video games often don’t conclude with a happy ending. Some endings are haunting, some endings are terrifying, and some endings are cliffhangers. While horror games might not bring you the resolution you need for your character, there’s something to be said in their realism. Life doesn’t always end in sunshine and rainbows, and sometimes we’re left with scars that can’t be healed.

Horror games aren’t afraid to realise this on-screen; they don’t pander to the player and fill them with false promises of a perfect fairytale ending. Instead they usually offer a more honest and realistic ending. While this isn’t necessarily a comfort, it’s sometimes a mark of solidarity. After playing 10-12 hours as a character, you form a bond with them, and knowing that they might be suffering just as much as you is somehow cathartic, while also sometimes serving as validation for your own emotions and feelings.

Horror game endings remind me that it’s not the destination but the journey. I don’t need to be worrying about the end, because it’s happening either way. Good or bad, I’m slowly working my way there, but with enough ammo under my belt and enough resilience in my heart, I’ll be prepared for it no matter what.

GameByte supports Safe In Our World, a charity which offers mental health support and help to both gamers and the gaming industry. Find out more, including a list of resources if you’re struggling with mental health, on the official website.