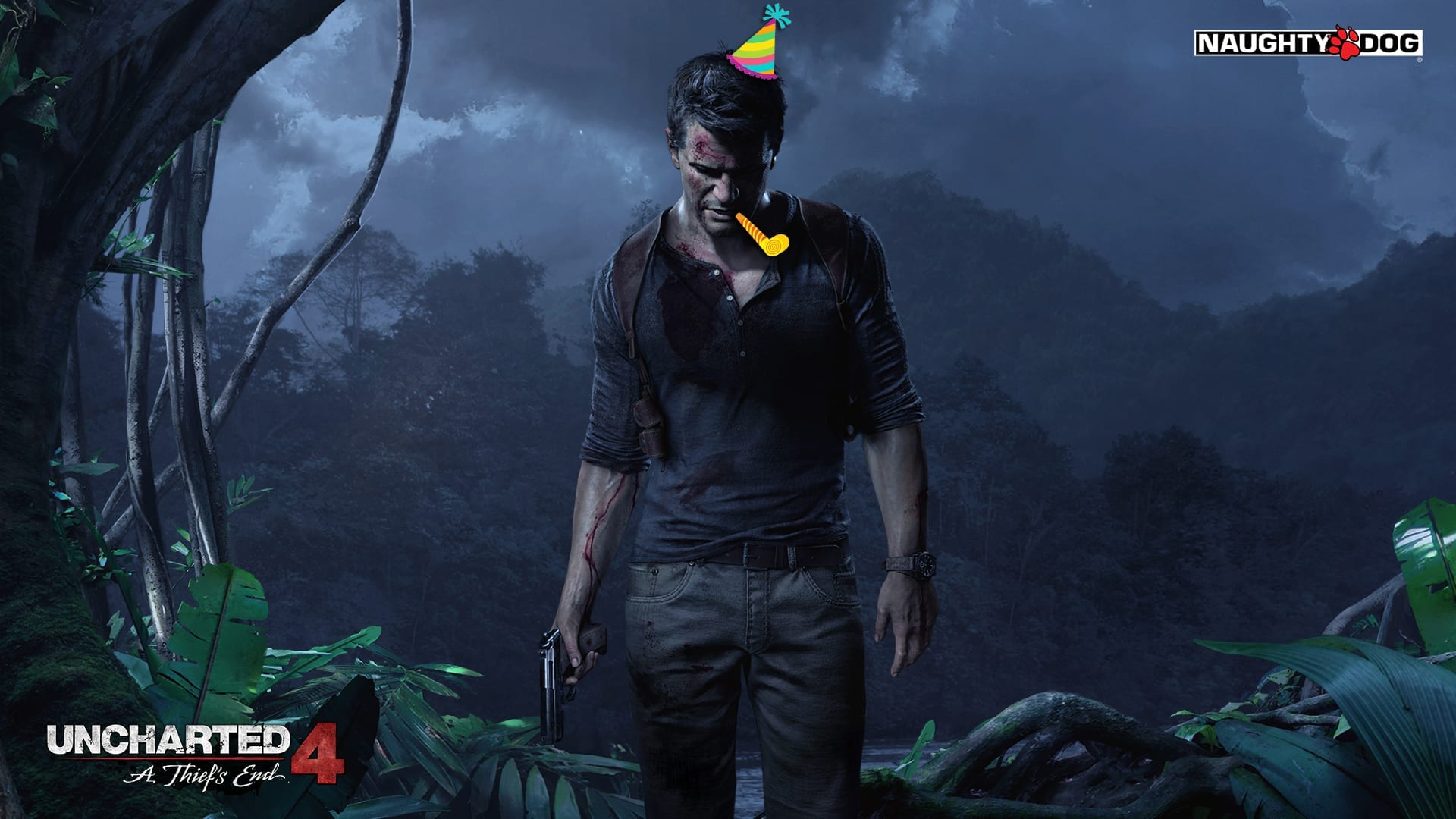 Uncharted 4: A Thief’s End released for the PlayStation 4 on May 10th, 2016, and quickly became one of the best games of its generation. Still to this day, Uncharted 4 plays great, looks wonderful and its story will continue to captivate you from start to finish.

In celebration of Uncharted 4’s fifth birthday, developer Naughty Dog has revealed that Nathan Drake’s most recent adventure has been played by more than 37 million players.

It’s worth keeping in mind that this 37 million isn’t a sales figure, it’s the total number of players that have booted up Uncharted 4 to play the fitting conclusion to Drake’s saga. So whether it’s a new or second-hand copy of the game, a digital purchase, or downloaded via PS Plus, 37 million players is mightily impressive, to say the least.

In terms of sales numbers, in its first seven days of launch, Uncharted 4 sold over 2.7 million units and within three weeks, it grossed over $56 million in digital sales. This made it not only one of the PlayStation 4’s fastest-selling games, but also one of the best selling games digitally on the PS4.

At the time of writing, the Uncharted series has sold over 41 million units and as of 2019, over 16 million of those unit sales were contributed by Uncharted 4 sales. However, it’s now 2021, so those sales numbers would have increased furthermore.

However, it wasn’t just the impressive player numbers and sales figures that were helping to establish Uncharted 4 as one of the best games of its generation, because it was also well received from fans and critics alike.

Other than the odd spin-off, the Uncharted series has always scored highly among reviewers. On review aggregate website Metacritic, Uncharted 4 has a score of 93. This score currently makes Uncharted 4 the second-most highly rated game in the series behind Uncharted 2: Among Thieves, which has a Metacritic score of 96.

You could ask any Uncharted fan, and many will have a different opinion as to which instalment is their favourite.  Some may even tell you it’s Uncharted: Golden Abyss for the PS Vita, which for the record is a criminally underrated game in my opinion.

Other than being a great game with an enthralling story of Drake coming out of retirement for one last adventure, visually and in terms of performance, Uncharted 4 pushed the PS4 to its limit. To this day I can never not be impressed by its glorious mud physics!

However, one of the aspects I appreciated most about Uncharted 4 was how it concluded. How many times have we been invested in a series only for its ending to not do the series justice? Game of Thrones and How I Met Your Mother, I’m looking at you!

Thankfully, Uncharted 4 didn’t fall into that category as its finale did do the series justice. I won’t give anything away, but I couldn’t have hoped for a better ending to Uncharted 4, especially with its post-credit segment. It wrapped up the series wonderfully but yet left the door slightly open should Naughty Dog wish to return one day.

In 2017, Uncharted 4 received a follow-up of sorts with Uncharted: The Lost Legacy. Rather than Nathan Drake, The Lost Legacy followed the adventures of Chloe Frazier, a beloved side-character coming to the forefront and proving that she was more than interesting enough to be the lead in her own game.

Naughty Dog had intended for The Lost Legacy to be an expansion, however, it morphed into its own standalone game. This ended up being a bonus for Uncharted 4 expansion pass owners, because fans essentially received a new game instead of mere DLC.

Uncharted 4 is truly a special game in the series, and despite getting the Platinum trophy, I will return to it again on numerous occasions.

If for whatever reason you’ve never played Uncharted 4, I couldn’t recommend it enough, and if you own a PS5 and subscribe to PS Plus, it’s one of the many great games included in the PS Plus Collection.

If you are new to this amazing series, I would always recommend starting with Uncharted: The Nathan Drake Collection, which is remasters of the original Uncharted trilogy playable on both PS4 and PS5.

To end this celebration of Nathan Drake’s seemingly last adventure, while Uncharted 4 looks great on both PS4 and PS5, I could think of no better way to celebrate its fifth birthday than by releasing a 60fps patch on the new-gen console. So Naughty Dog if you’re listening, please make that happen!

Are you a fan of the Uncharted series and in particular, Uncharted 4: A Thief’s End? If so, share your favourite memories across our social media channels.

Don’t forget you can find some of these great games and more through the new GameByte Shop! The GameByte Shop is stocked up with the latest games, merch, and accessories. We might even have a new-gen console or two! Sign up to our newsletter to be notified of our console drops. Please note the GameByte Shop is available for UK customers only.