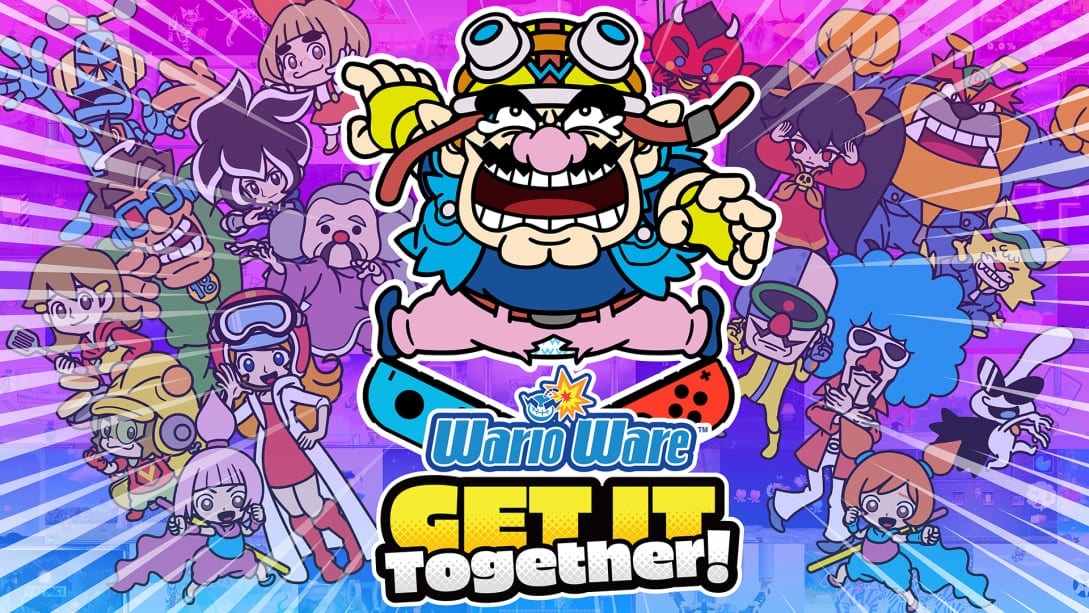 I’ve been playing through WarioWare: Get It Together for the past week and it’s an absolute delight. Bringing a co-op twist to Nintendo’s chaotic microgame formula adds a whole new dimension to the tried and tested formula. Just like any co-op Nintendo game, it’ll either bring you closer to someone or stir several arguments. Just the way Miyamoto intended.

WarioWare has always been a little… ‘off-the-wall’, shall we say. It sort of has to be – how else can you cram hundreds of unique microgames into one package? With that said, some of the brief adventures in WarioWare: Get It Together are weirder than others. Here’s a list of the five microgames that certainly made me question how I was spending my Saturday evening.

It’s a classic saying from many grandparents: ‘Are you digging for gold up there?!’. That’s exactly the premise that this snotty microgame is based upon. A massive nose looms over your characters, intimidating the players with two dark nasal cavities. It’s the player’s job to try and plug a nostril before the timer runs out.

The game varies it’s difficulty by having the colossal sniffer strafe from side to side, requiring a little more precision in character movement. As with any WarioWare microgame, it’s much easier to beat this with certain characters over others. You have to be fairly accurate, too. Insert yourself a little off centre from one of the gaping holes, and you’ll end up prodding the septum.

It’s certainly one of the more simple premises on WarioWare, but that doesn’t stop it from being one of the more grim. Never before had I considered shoving Wario up someone’s bugle, but here we are.

Continuing with the bodily function trend, you might want to look away if stomach’s give you the ick. Called Tummy Trouble, this microgame has you solving the stomach woes of some unknown patient. They’ve clearly been eating some messed up stuff with what looks like metal lodged in their intestines.

It’s up to the player to quickly follow a maze of intestines to dislodge the foreign object from the abdomen. In typical WarioWare fashion, the concept is simple, but the optics of it are just bizarre. Maybe it’s just me – my experience of controlling Mario through the rolling hills of Mushroom Kingdom contrast starkly with the grim shenanigans that Wario gets up to in this game. I guess I should just be thankful that I don’t have to witness any gore further to dislodging the object.

Much to my disappointment, this next one has nothing to do with achieving a sub-two second Formula 1 pitstop. Instead, Pit Stop is talking about a much smellier type of pit.

Have you ever looked at a statue of a Greek god and wondered how on earth they had such smooth armpits? It turns out, it’s been Wario all along. Armed with a pair of tweezers, this wonderful microgame tasks you with removing all of the hair from a titan’s pits. Sometimes it’s just the left pit, other’s it’s just the right. Occasionally, you’ll have to tweak both at once.

Depending on your stance on armpits, this one is decidedly less minging than shoving Wario up someone’s nose, but it’s still a bit weird.

This one can be found under the Nintendo Classic category, and it genuinely cracked me up when I first came across it. Based upon the Fire Emblem series, it turns WarioWare into a lite-dating sim. Presented with a variety of characters, you’re ordered to select an appropriate phrase based on a command. For example, you can be asked to praise a character, or confess your feelings.

Players then have a few seconds to choose a relevant answer. The choices are fairly tame – you’ll mostly need to identify a response with correct spelling and grammar. While simple, it’s the tonal whiplash that makes this one especially weird. One minute you’re turning dials and pressing doorbells, the next you’re confessing your undying love for an anime character. And that’s why we love WarioWare!

Shutter Speed isn’t inherently weird. It’s actually one of the more tame microgames included in Get It Together. However, it’s what Shutter Speed reminded me of that broke the fourth wall and had me like that meme of Leonardo DiCaprio pointing at the TV.

The simple concept has your character chasing a viewfinder around the screen. When the timer runs out, a photo is taken. If your character isn’t located within the viewfinder when the image is taken, then you lose. This concept might sound familiar if you’ve spent any time on TikTok recently where a similar game has taken off as part of a trend.

The TikTok trend sees people set their phone up with the camera facing them. A moving image crop then moves around the viewfinder and it’s the person’s job to try and get their face into the image crop each time. The moving image crop moves exceptionally fast, so the resulting images can be hilarious.

As a concept, this microgame isn’t actually that weird. But the way that both Nintendo and TikTok seem to have had the same idea around the same time is a fun coincidence.

Have you been playing WarioWare: Get It Together? What’s the weirdest microgame you’ve come across so far? Tell us about it across our social channels. You can also buy yourself a copy for Nintendo Switch on the GameByte Shop!