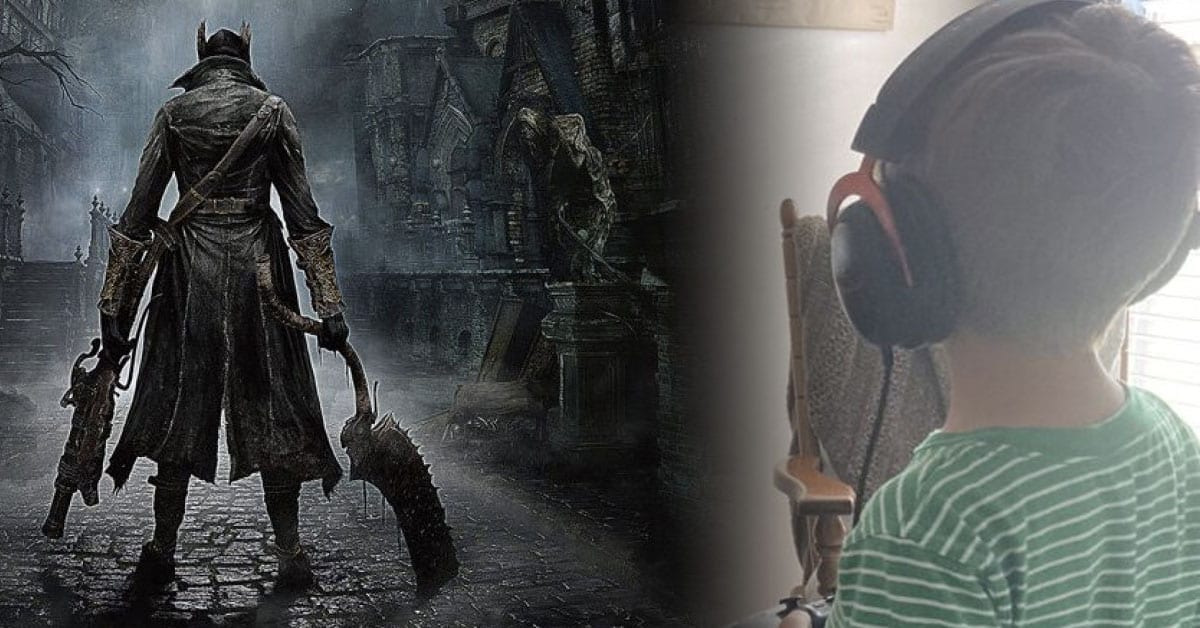 Let’s be honest: FromSoftware games are far from being child’s play. However, according to one very proud father on Twitter, his five-year-old son has managed to beat Bloodborne all by himself.

RobbieFox documented his son Ezra’s progress with the RPG on Twitter in the form of an expansive thread. Ezra’s Bloodborne journey started back at the beginning of April, with the five-year-old’s reaction being, “this is a daddy game!”.

Despite Ezra’s initial apprehension, the thread shows the little gamer defeating each boss within the game before eventually surviving long enough to see the credits!

In a celebratory post to Twitter, RobbieFox proudly announced little Ezra’s gaming achievement while using it as a counter-argument for every game needing an “easy mode”:

“I don’t want to hear Game Journalists or Writers complain again about difficulty in games! We don’t need “Easy modes” in every game! If my 5 year old can do it, so can you! Please like/retweet because he deserves it! And follow to see more!”

It’s worth mentioning that while Ezra’s Bloodborne victory is something to behold, having an “easy mode” in games helps facilitate accessibility. While players can get better at games with practice, an advanced difficulty level can be a barrier for some gamers who have disabilities and/or impairments.

Nevertheless, Ezra’s BloodBourne run is a testament to the fact that while SoulsBorne RPGs can look and feel intimidating, they can be conquered with a bit of practice.

Hopefully, we’ll get to see the talented five-year-old try out more games in the future. Personally, I’d love to see how Ezra fairs playing a roguelite like Hades, which features some brutal, but rewarding mechanics. If there’s one thing that’s for sure, it’s that Ezra likely has a bright gaming future ahead of him, especially when it comes to action RPGs!