Fortnite players are forever finding tweaks and work-arounds to hone their skills, and now it looks like players have even uncovered a way to upgrade your Guided Missile in the game too.

According to Reddit user Zoey, simply changing your game settings can help you by sharpening your aim and anyone can give it a go! 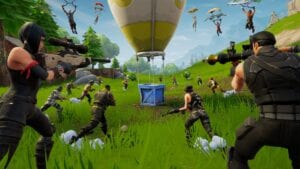 Posting video evidence to Reddit, Zoey shows that increasing the frames per second in your video settings will improve the Guided Missiles, allowing for a much better attack.

Give it a go for yourself and check out Zoey’s video over on Reddit right here.

Speaking of Fortnite, dataminers have uncovered yet more information from the game’s latest patch.

There’s a tonne of new stuff coming to Fortnite (and really, when isn’t there?) including new game modes, cosmetic upgrades and weapons. 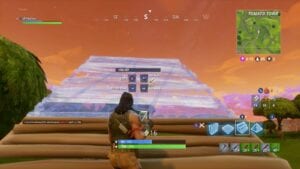 The latest rumours suggest we might be seeing two new sniper rifles enter play, along with new game modes which hopefully are going to keep the game as strong as ever.

The game’s developer, Epic Games, has been getting some flack recently after issues with bugs and items having to be pulled from the game came to light.

Playground Mode, shotguns, health items and more have all caused problems within the Fortnite community, so it’s a good thing Epic Games are pretty on the ball when it comes to patches and bug-fixes.

Fortnite is one of the biggest games in the world right now, with the free-to-play game’s Battle Royale mode taking the universe by storm.

Although not without its controversy, fans still can’t get enough of Fortnite. With so many regular updates from Epic Games, it’s hard to imagine this game is going anywhere anytime soon.

What are you most looking forward to seeing added into the game? Have you encountered any weird glitches in your games?