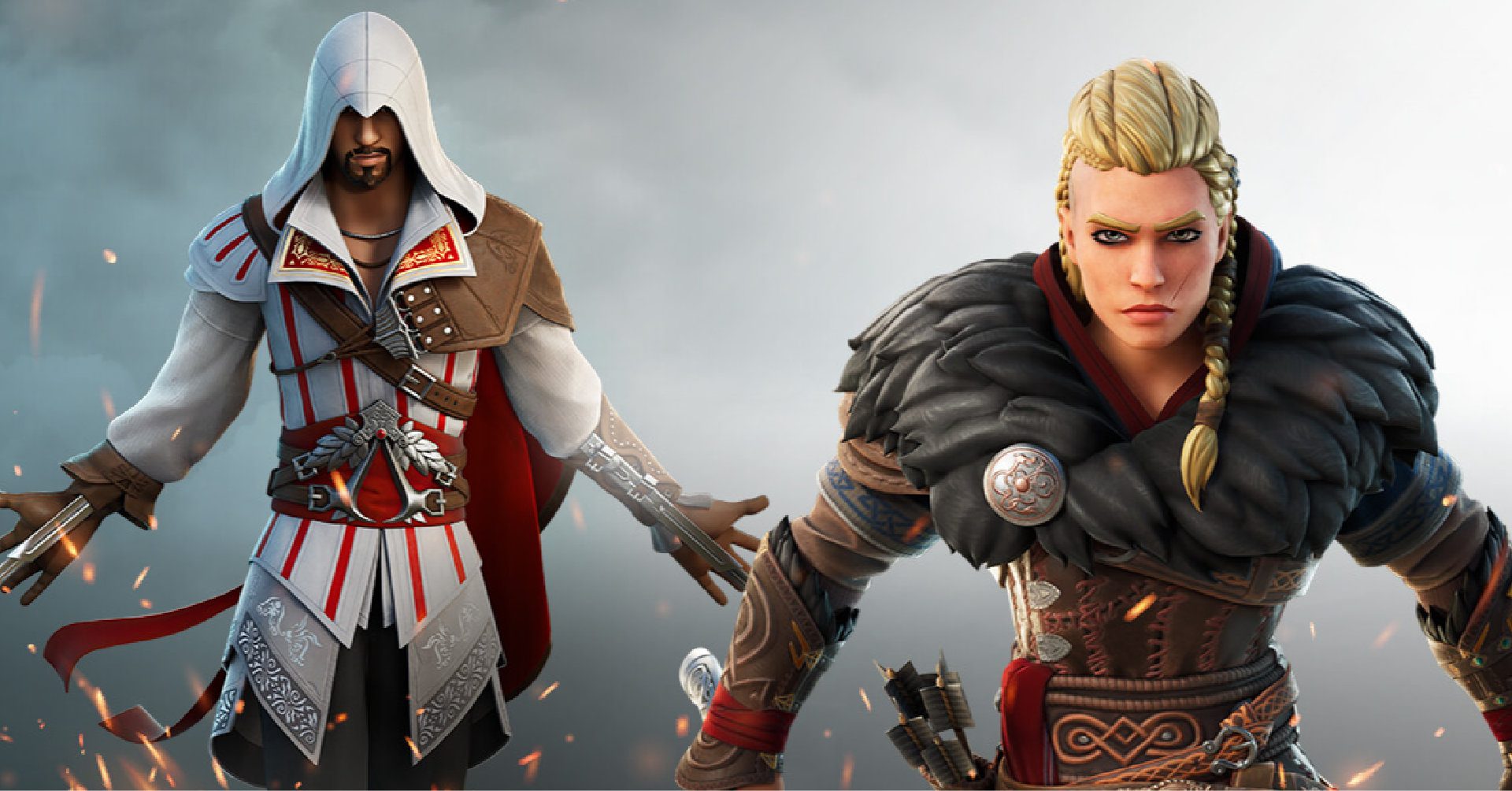 The ever-popular battle royale multiplayer shooter Fortnite is no stranger to crossovers, and the Assassin’s Creed series is its latest.

Available now, players can acquire Ezio Auditore and Eivor Varinsdottir from the Fortnite Item Shop. Furthermore, picking up either assassin skin will also bag you some bonus items.

What’s included with the Ezio Outfit?

By picking up the Ezio Auditore Outfit, you will also bag Ezio’s Hidden Blade Pickaxe, as well as the Assassin’s Strike Emote. Ezio’s hood can also be worn up or down.

The Eivor Varinsdottir Outfit (hood up or down) will come with the Shield Back Slip bearing the Raven Clan logo. You will also gain the Raven Clan Pickaxe (as well as Eivor’s Axes alternative style). Furthermore, you will also get the Viking War Cry Emote. The Wolf-Kissed Longboat Glider will also be available from the Item Shop.

While both the Ezio and Eivor Outfit packs can be bought individually, you can also buy them as part of the “Tales from the Animus Bundle”. This bundle includes items listed above, as well as the Wolf-Kissed Spray, Eivor’s Fury Loading Screen, Raven Clan Emoticon and the Tales from the Animus Banner.

Will you be picking up the Assassin’s Creed outfits in Fortnite? Let us know on Twitter.