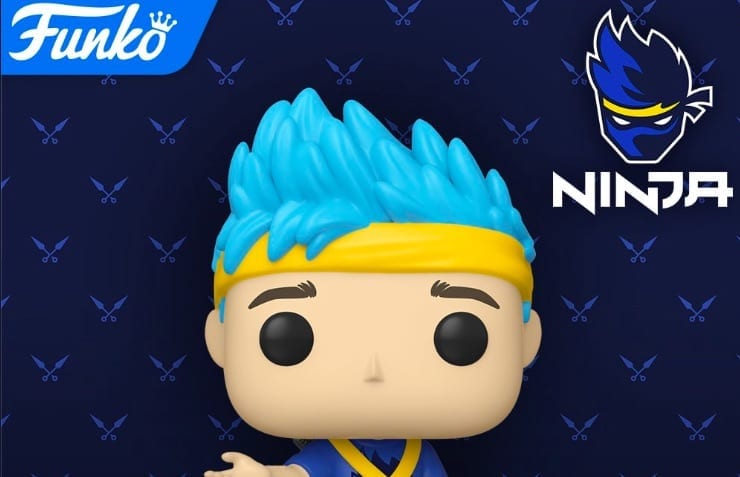 If you’re a fan of the collectible Funko Pop figurines, or if in fact you can’t stand them, the chances are that you know there are 1000’s of these miniature figures for better or worse.

It seems that Funko will stop at nothing to insure that all celebrities, rock stars, advert mascots, Royal family members, game characters, internet personalities and movie characters (basically any reference of pop culture) will eventually be immortalised into the miniature figurines with over-sized craniums.

The latest celebrity to get their very own plastic mini-me, is none other than famed Fortnite streamer, Ninja!  To be honest, I’m surprised it’s taken Funko so long to make Ninja a plastic doppelgänger, but eventually, here we are.

Featured his now-iconic blue hair and sweatband, along with a Ninja-branded tee and his shoes, this is definitely Ninja. As a Funko Pop.

However, it seems the reveal of the Ninja Funko Pop wasn’t a planned announcement, at least not just yet.

The Ninja Funko Pop sporting his in-game Fortnite gear and iconic blue hair appeared on a number of retailers, before being swiftly taken down.  Thankfully, the Instagram account belonging to FunkoPopsNews were able to grab a screenshot of the figurine, before Ninja was able to lurk-off into the shadows.

It’s now been officially revealed, and if you want to add tiny Ninja to your Pop collection, you can pre-order him from Amazon here.

Will you be nabbing yourself a Ninja Funko Pop?

In other Ninja news, the streamer recently came under fire for his controversial take on casual gamers. The content creator took to Twitter to give his opinion on the matter, explaining how he believes feeling anger when losing a game is part of the process. Naturally, the take has enraged video game fans across the world.