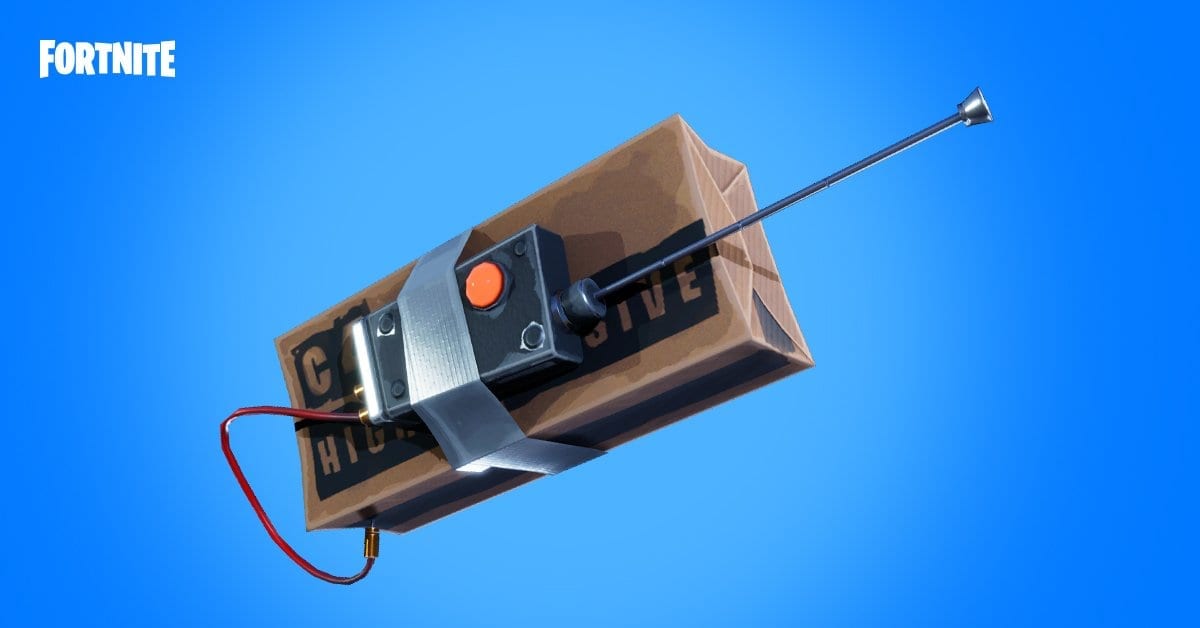 Fortnite have added a few new weapons recently including the Hand Cannon and the Hunting Rifle. Epic Games Tweeted this yesterday announcing the next weapon added to the game will be a remote explosive.

We expect that these will be available with this weeks coming update. These usually coincide with the weekly achievements for battle pass. This means we will probably have an achievement to get to do with the new item.

We also believe that these will be replacing Smoke bombs in the game. This isn’t the first time Epic games have removed items as well as adding them in. We lost one of the sub machine guns about a month ago as no one was using them. Epic Games has stated that no one has been using them so it is more than likely they will be removed.