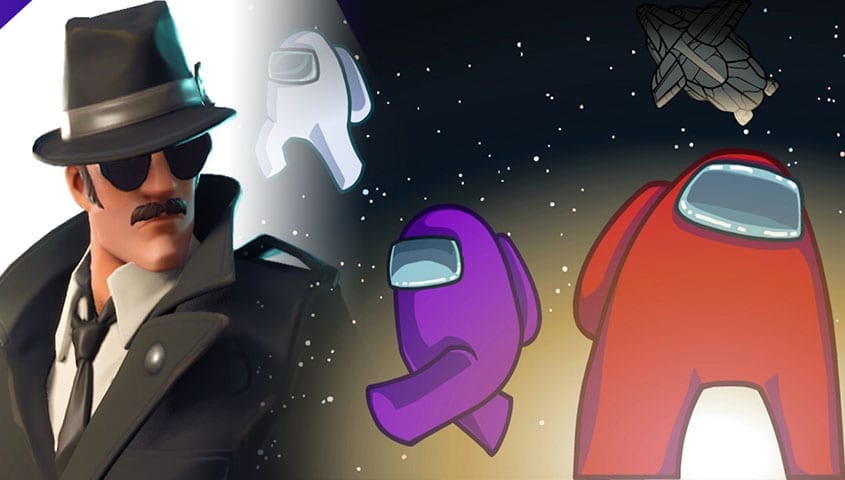 Fortnite’s new Limited Time Mode is a little sus as – in a nutshell – it’s pretty much the same as Innersloth hit, Among Us.

In Among Us players are placed in a space-themed setting and the game is split into two teams. On one small team, players are tasked with posing as Imposters and it is up to them to not only kill the genuine Crewmates but they must also cause havoc against the opposing team by completing objectives.

It is then up to the genuine Crewmates to identify the Imposters and eliminate them via a plurality vote which can be initiated by players calling an emergency meeting.

Fortnite’s new LTM – called The Spy Within – involves two teams of ten players. One team of two are working as spies and the other team of the remaining eight players must work together to identify the “spies”.

The two spies must work together to eliminate members of the opposing team without revealing their identities and must also complete a series of tasks.

The other eight players must successfully identify the spies and the only way in which they can communicate by calling a meeting to vote on who they believe to be the spy.

Seriously, have I just copy and pasted my description of Among Us? Something’s definitely sus here…

Are you going to be playing Fortnite’s The Spy Within or will you just be sticking with Among Us? Let us know across our social media channels.

This week Among Us arrived on the Nintendo Switch, meaning that it’s now available on PC, Switch and Mobile. Xbox and PlayStation, it’s your move next!